Samoa
24-year-old Fanaafi Sooaemalelagi got her private and commercial pilot licences before she was 20. (Photo: Fine Mat Creative/Samoa Airways)

Samoa Airways pilot, Fanaafi So'oaemalelagi, wants other women to take up aviation, an industry that still lags behind as the world works to level the playing field between the genders.

Ms. Sooaemalelagi has been flying for nearly seven years, and has been with Samoa Airways (then Polynesian Air) since 2016.

She flies between Pago Pago and Manu’a Islands, and is just 24-years-old.

According to a press release from Samoa Airways, the young pilot said she loves the thrill of flying.

“Aviation is more than just flying the plane. There’s so much involved which I discovered while working for a private airline during school holidays and I used to do check in, baggage handling and refilling the airplane.”

Samoa Airways employs one of a very small number of female pilots worldwide – nearly six per cent of all pilots are women, according to international data.

Ms. Sooaemalelagi said people are not worried about her being a woman, but think she is too petite and young to fly their planes.

“I get the impression some people look at me and worry the plane is being operated by a teenager because I look small,” she said.

“I once had a passenger who looked at me in disbelief and asked my captain if I was really going to fly the plane to Pago.” 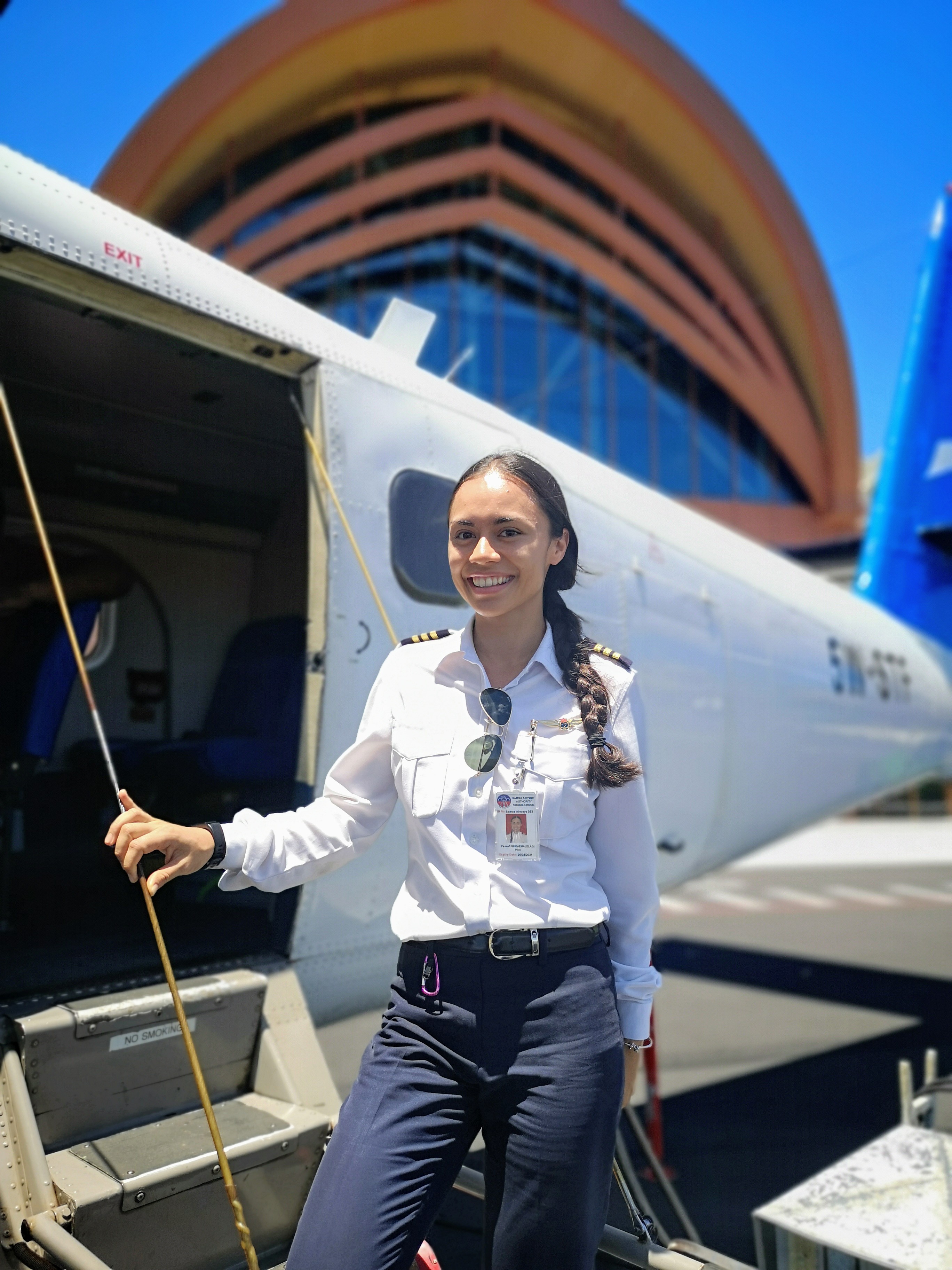 But overseas, pilots face more than disbelief on their career journeys.

In 1978, Australian company Ansett Airlines refused to hire Deborah Lawrie as a pilot, and was subsequently fined $14,500 in damages after she sued them for discriminination.

The enduring sexualisation of flight attendants and an implicit bias against women in male dominated industries has kept women out of the aviation sector and made life challenging for those in it.

American pilot Kimberly Perkins said she was often met with the “well-worn ‘another empty kitchen’ comment” when responding to Air Traffic Control while working.

Ms. Sooaemalelagi said she has a supportive crew and captain who believe in her.

“I’m surrounded by a good crew and captain who are supportive of me and have full confidence in my skills and experience as a pilot,” she said.

“I love flying and delivering passengers safely to their destinations especially during rough weather – it’s always nice when they come up to you afterwards and say thank you.”

She trained at the Bruce Hartwig Flying School in Parafield, Australia, where she earned a private pilot’s license, before getting her commercial license when she was 19.

“Don’t let anybody tell you that you’re weak, or too small, or you’re a girl – Girls fly!”

Eventually, the pilot wants to captain a jet plane. She said being up in the air helps her feel close to her grandmother, who passed away in 2016.

Ms. Sooaemalelagi said her grandmother was one her biggest supporters.

“My grandmother’s name is Nuanua which is Samoan for rainbow.

“It’s always uplifting every time I fly and, whenever I see a rainbow, I smile because it feels like it was meant just for me and that gives me so much peace and joy.”

Quotes from this story taken from press release issued by Liz Ah-Hi, Fine Mat Creatives, on behalf of Samoa Airways. 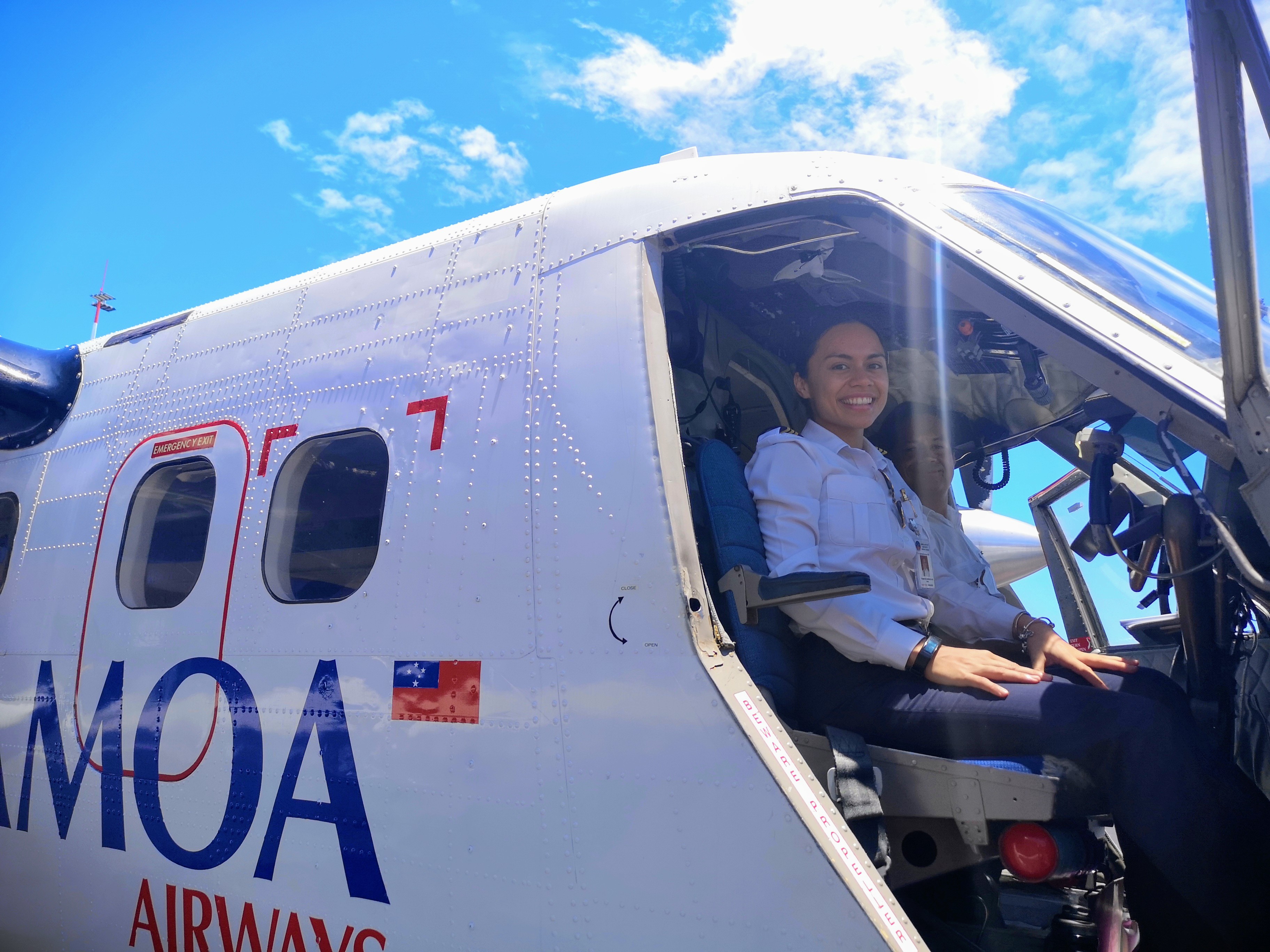