Representatives from Asco Motors, Juanita Ale and Rosa Folesi in front of the 2019 Toyota Rush. (Photo: Vaitogi A. Matafeo )

Local automotive seller, Asco Motors, commissioned a new Toyota model on Friday with the unveiling of the Toyota Rush.

The unveiling was done at the company’s main branch at Savalalo with the price tag for the new model set at $75,000. 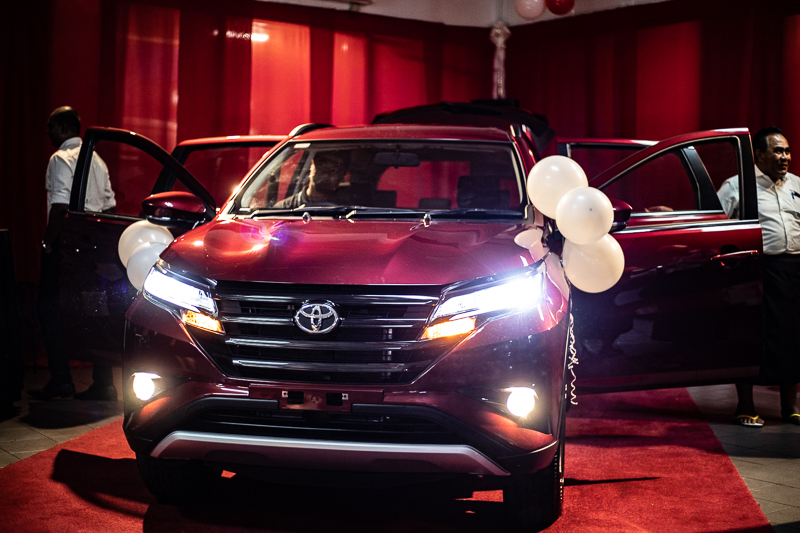 He said the Toyota Rush has a 1.5 Litre engine with four cylinders and has a distinctive soft touch dashboard with dynamic two-tone aesthetics with premium modern design.

The vehicle has a high ground clearance of 220 mm, leather trims, alloy wheels and fog lamps.

Mr. Vaoga added: “The Rush has a lot of space for an active lifestyle. It has three rows of seating accommodating up to seven passengers and a spacious cabin.”

The vehicle also comes with advanced technology equipped with the latest smart functions. 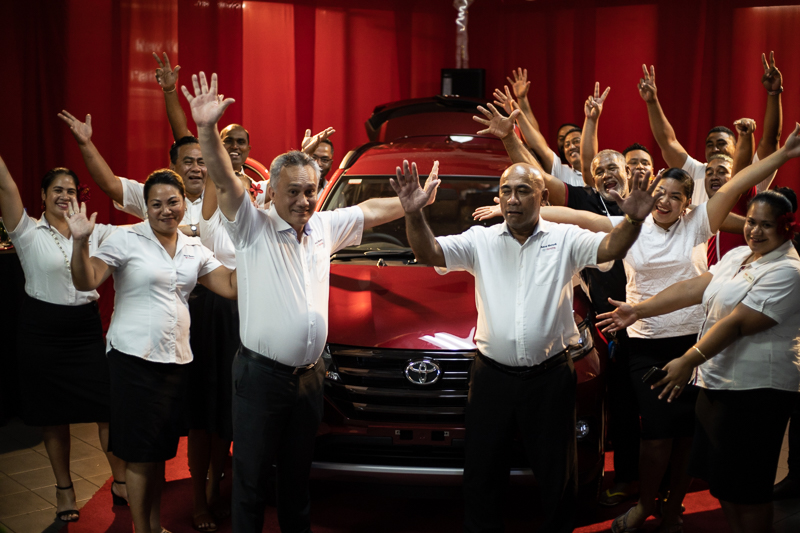 Mr. Vaoga said the Toyota Rush has many features normally found only in large SUV models and these include an advanced audio system.

The vehicle is also equipped with active safety features such as vehicle stability control, ABS, and SRS airbags.

“Buyers can only choose from six colors such as white, black metallic, silver mica metallic, dark red mica metallic, bronze mica metallic and deep maroon mica. And it is also a low cost maintenance, long lasting durability, reliable,” he added, and revealed that the new Toyota model is available for a test drive.