Members of ASA Foundation giving out the supplies (Photo: Vaitogi A. Matafeo)

In recent months the organization has been sending supplies to families that were affected by the measles epidemic which devastated Samoa in late 2019.

The Catholic Church's Father Spa Silva commended the work of the charity group, saying their assistance was critical at the height of the measles epidemic.

“A.S.A. Foundation is an organization from New Zealand that have come here to assist and to help Samoa during the measles crisis,” he said. “They have been so kind in providing support and goods for our people here, and I know they came in November when the crisis first 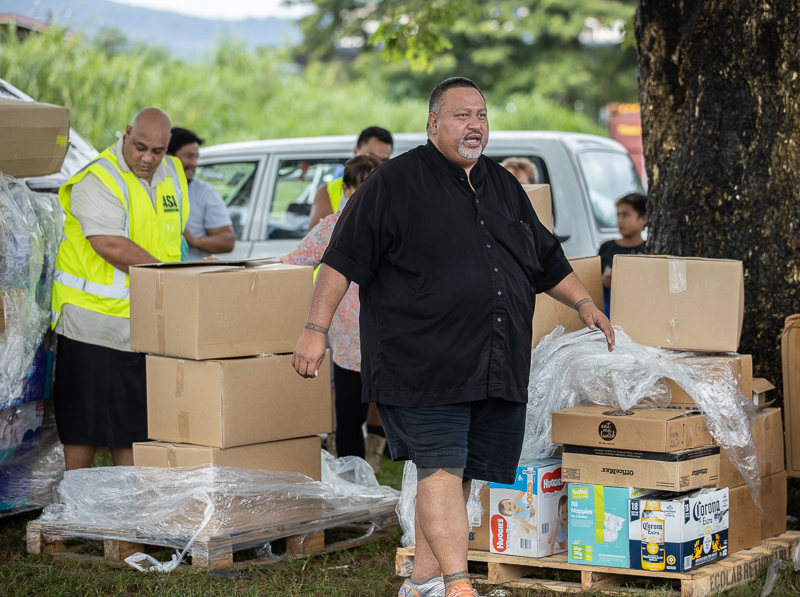 began so they have come here and this is the last leg of their giving, that’s why we have come here this morning to receive the final gifts from their last container."

According to the Catholic priest, the charity group also gave coffins for children who died from the virus.

“They have given out so many including coffins that they have provided for the children who have passed away.”

A volunteer and A.S.A. Foundation partner, Martha Tuli of Christchurch, told Samoa Observer that when the outbreak was declared he wanted to help out so he checked social media for anyone in Christchurch doing a collection.

“So I waited for a few days and there was nothing. I put a post on social media saying: 'hi I am going to collect some donations if anyone wants to help'. 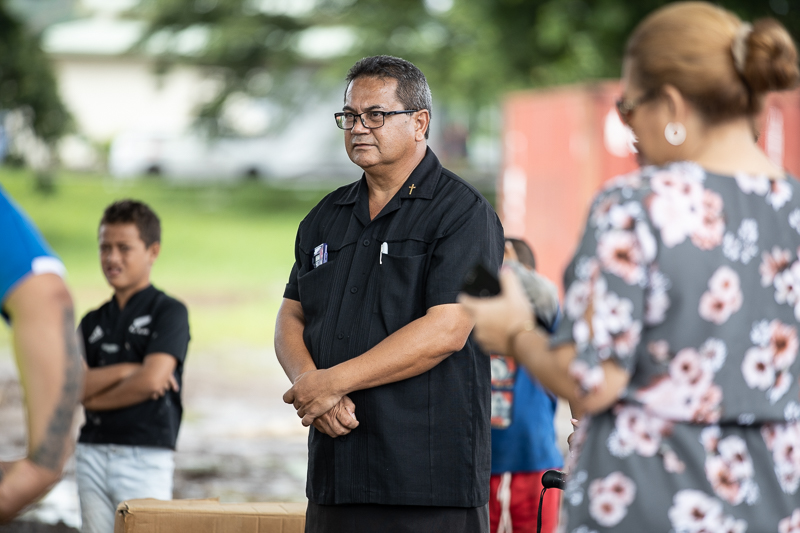 At that point, Tuala from the A.S.A. Foundation contacted me after seeing the post and told me that if I take a collection they will ship it to Auckland," he said. “After that I was given ten days to take collections and I got a team of about five of my friends and we just tapped into our network on social media and put the word out."

Most of the donations that were moved to Samoa through containers were donated by families, friends and work colleagues, added Mrs Tuli.

"Most of the donations you see here that is coming out of the container has been donated by our families, friends and work colleagues and people that we know from our church communities," she added. “I have traveled all the way from Christchurch because I want to be here.

Because there was a need of supplies here, they contacted ASA and said we need basic supplies of nappies, wipes and things like that so they gave us a list of things and that’s when I got the list of things that were needed."

Mrs Tuli said that there are various supplies in the container that range from bed sheets to clothing for people affected by the measles epidemic and that her home was a collection point for all donations. 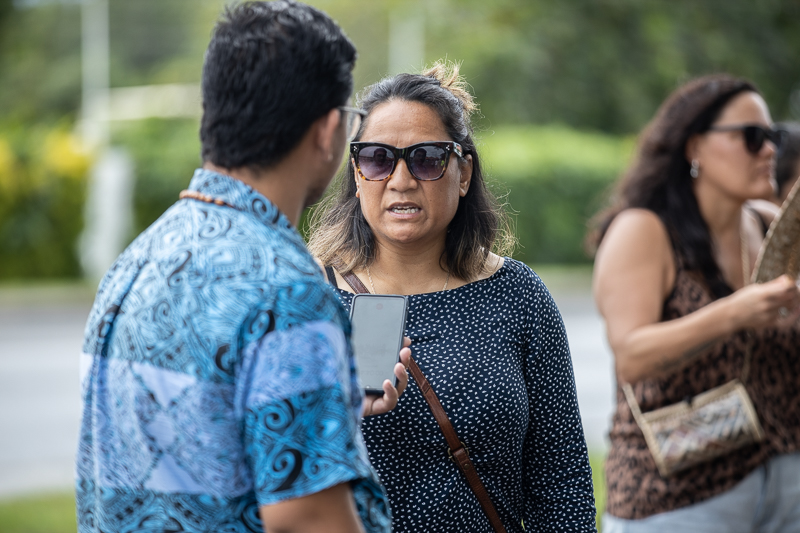 “There are extra things in there like bed sheets, blankets, kids toys and clothing. Everything is brand new, people just go out and buy it then they just drop it off at my place because I used my house as a collection point and at the end of the 10 days, everything here was collected." she added.

When asked if she would continue this work, she said: “Yes, I am going to partner up with ASA Foundation for future things like this. I love doing this volunteer work and as a Samoan woman and a mother, this measles epidemic has affected me and I wanted to help.”

Mrs Tuli thanked the Christchurch City Council and all organizations and sports teams, clubs and people who helped her do the collection in Christchurch and added that she will be back to continue donating to families affected by the measles epidemic.

Relief organizations such as A.D.R.A., Red Cross, Salvation Army, S.U.N.G.O., Soul Talk and Goshen Trust were also presented with donated supplies for them to continue distributing to affected families.