They both need one more win to make it to the 2020 Olympics in July, however Plodzicki-Faoagali may be denied the chance to compete thanks to a cut that opened up during his victory over Brandon Rees of Australia.

The Samoan won the first round and probably had the better of the second before the cut caused the fight to be ended.

“I feel good, I really wanted to go one more round but it was unfortunate what happened, bit of a head clash there,” Plodzicki-Faoagali said after the bout.

“I’m just praying that my cut doesn’t stop me from qualifying, so that’s what I’m really worried about.”

The Commonwealth Games silver medallist is set to fight hometown hero Hussein Iashaish in the final bout of the Day 6 morning session, around 2 am on Sunday morning Samoan time. 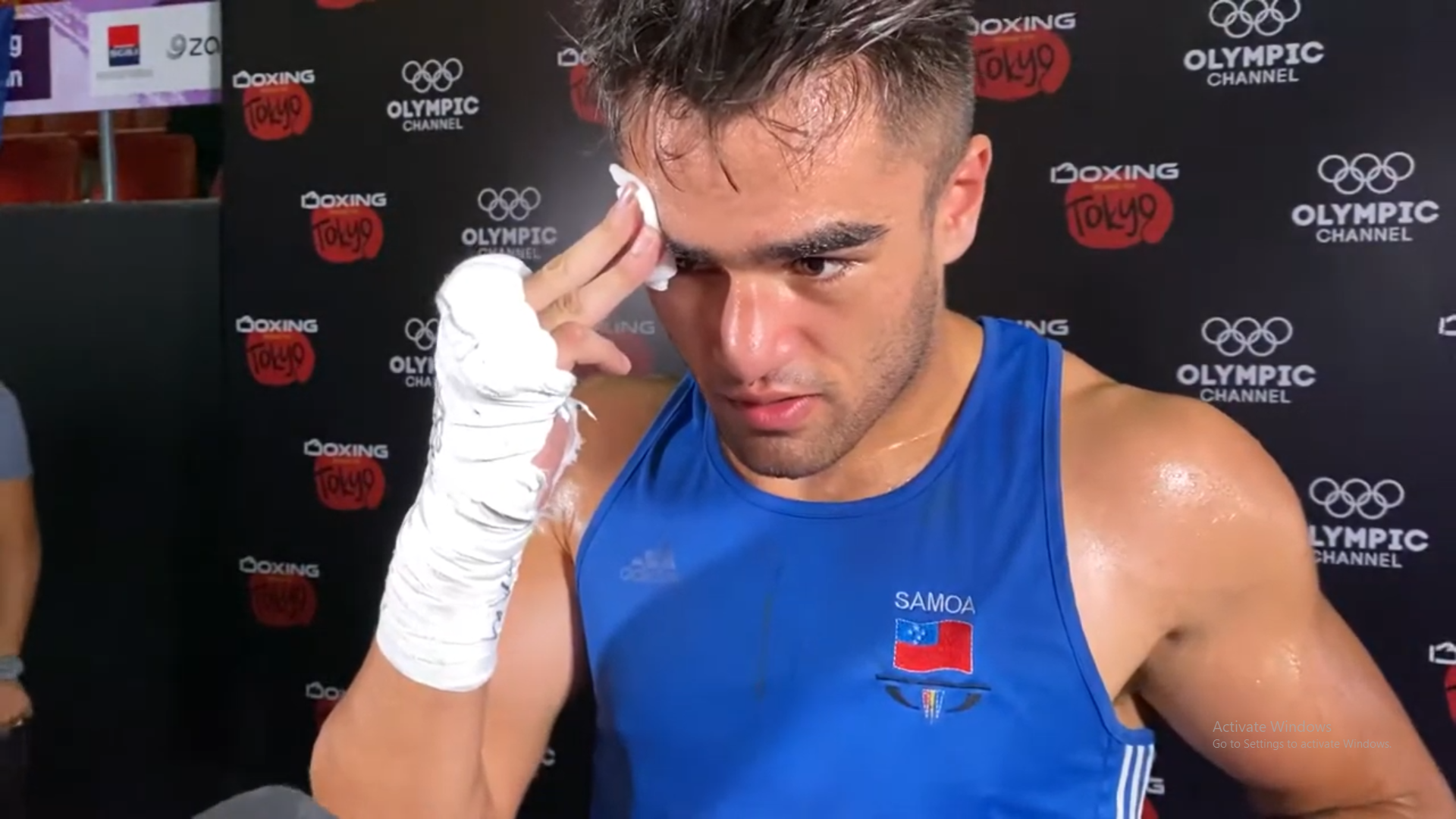 Earlier Marion Ah Tong booked a matchup with Iashaish’s brother Zeyad Eashash in the welterweight quarterfinals with his own win on points.

He defeated Iranian Sajjad Kazemzadeh Poshtiri in a 3-2 split decision.

The stronger Poshtiri was the aggressor throughout, and the Samoan was a little lucky to come out on top in the first round.

He managed to sneak clean counter shots in here and there, but Poshtiri was certainly dictating terms by constantly pushing forward, and he won Round Two unanimously.

But that style cost him in the third round, as Poshtiri began to tire and lose his shape.

Ah Tong was able to avoid the Iranian’s wild, messy punches and counter nicely to take the round and the win.

His fight against Eashash will come earlier in the Day 6 morning session, which starts at 11 pm Samoan time.