Samoa’s businesses and consumers can expect quick and accurate lodging of their tax returns thanks to a new automated system also designed to crack down on tax evasion.

The Ministry of Customs and Revenue’s (M.C.R.) new Tax Invoice Monitoring System is an initiative that will allow businesses’ to calculate their tax obligations in real-time, or close to it.

The initiative supports the Government’s broader goal of increasing tax compliance and tackling the “hidden economy” and tax evasion.

The system was officially launched by launched on Friday by the Prime Minister, Tuilaepa Dr. Sailele Malielegaoi, who revealed that the system had cost $2.3 million tala.

The new tax system is expected to enhance domestic revenue collection and create an equal playing field for all taxpayers and provide verification of each of their transaction.

T.I.M.S. was developed by a Serbian company, Data Tech International, which signed a contract with the M.C.R. last October.

M.C.R. are yet to host regular  awareness workshops and training sessions for taxpayers about the workings of the new system.

But, the Ministry says, support will be provided over the long-term throughout the system’s implementation, operations and maintenance.

"This will make it easier for all the service providers of the Government to collect revenue in order to fund [its] development projects," said Tuilaepa. 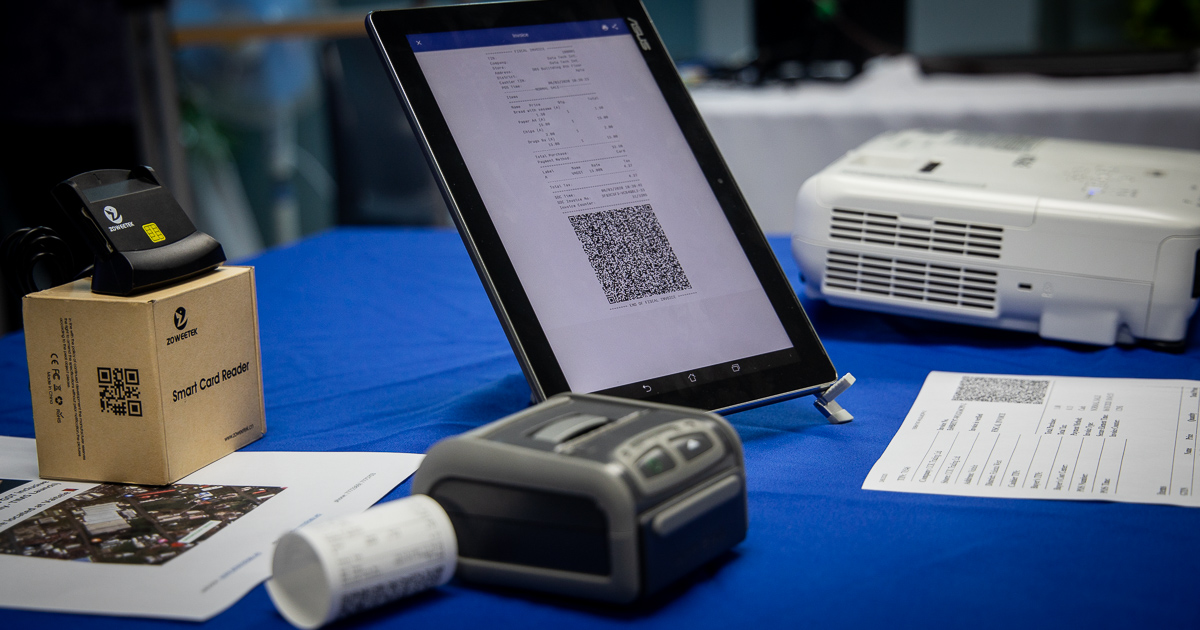 Tuilaepa said the newly-launched system will advantage businesses which  are compliant taxpayers from having to compete with businesses who evade taxes and can sell their products at significantly lower prices.

Stores of data collected by the T.I.M.S. is expected to expedite any queries members of the public have about their taxation obligations but also lower the cost of tax collection and auditing.

Each receipt provided via the system will be stamped “QR” (Quick Response) code which can be used to verify the receipt’s authenticity; the code will embed information about the items purchased in a given transaction.

It is intended to reduce reliance on hard copy invoices and receipts and therefore lessen industry’s record keeping costs.

During the P.M's speech he encouraged attendees to ask for a receipt.

“If you don't then you are helping [non-compliant businesses] disobey the law," he said.

One local store, C.C.K. Trading Ltd., and the accounting firm B.D.O. Samoa were the first to trial the new system at the beginning of this year.

C.C.K.’s General Manager, Georgina Lui, was at Friday’s demonstration to showcase the new look invoices before their nationwide rollout.

Tuilaepa commended the work of the Minister of Revenue, Tialavea Tionisio Hunt, and the Ministry’s Chief Executive Officer, Avalisa Viali-Fautua'alii, and staff for establishing the programme.

According to the M.C.R. taxpayers will be required to provide updated information to the Inland Revenue Service ahead of the new system’s implementation. The Ministry is imposing a staged deadline for businesses to adopt the new system.