Both Samoan boxers competing on Thursday night at the Asia-Oceania Olympic Qualification Tournament lost their opening bouts at the competition in Amman, Jordan.

Jancen Poutoa fought first in the men’s middleweight (75kg) division Round of 16, succumbing to Uzbekistan’s Fanat Kakhramonov via a unanimous decision.

The first round was fairly even, but some massive left hand body shots in the second from the Uzbek left Poutoa drained, and unable to produce any serious response.

After the fight the 20-year-old shared a video on Facebook thanking the people of Samoa for supporting him despite the loss.

Kumar got himself on the front foot in the first round, then began to dictate terms in the second.

A small fightback from Ioapo in the third wasn’t enough to throw the Indian, who cruised to victory in the end. 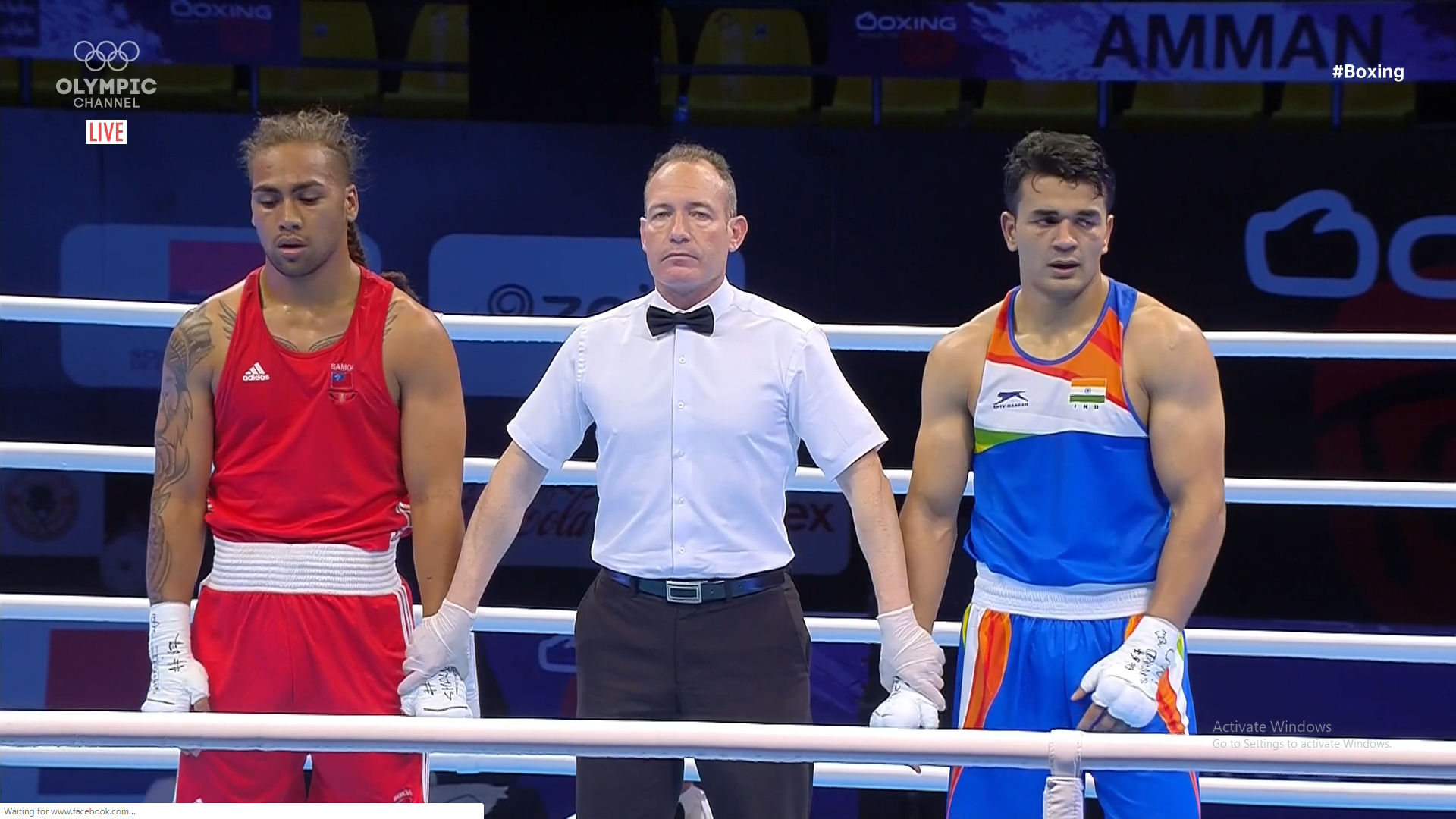 Both Poutoa and Ioapo are now out of Olympic contention, but Marion Faustino Ah Tong and Ato Plodzicki-Faoagali remain alive in their divisions.

Plodzicki-Faoagali will have his first fight of the tournament on Friday night/Saturday morning against Australia’s Brandon Rees in the Round of 16 of the heavyweight division.

He’s two fights away from a place at the Olympics , as is Ah Tong who will take on Iran's Sajjad Kazemzadeh Poshtiri in the men’s welterweight (69kg) Round of 16 on Friday night/Saturday morning Samoan time.