Transforming Samoa's agriculture and fisheries sector into a commercial entity is the drive behind a new project which was launched in Savai'i on Thursday.

The special milestone was attended by Cabinet Ministers, Government officials, representatives of international donor partners, and hundreds of Savai'i farmers.

There are three key partners behind this project. The Government of Samoa, World Bank and International Fund for Agriculture Development (I.F.A.D).

Addressing the gathering, Tuilaepa said that S.A.F.P.R.O.M was officially signed in October 2019 between the three parties.

"(And) today, sees the beginning of its work which is directed towards the farmers of Samoa."

"The government's initiative to seek funding through partnership with the World Bank and I.F.A.D has seen the realization of S.A.F.P.R.O.M."

The partnership, according to Tuilaepa, has helped the Government of Samoa secure USD$23.55 million over a period of five years to support the development of Samoa's agriculture and fisheries sector.

"Through this investment in our farmers and fishers, it is the hope of our government that Samoa can truly turn the agriculture and fisheries sector into a commercial entity which would help us address food and nutrition insecurity issues, create employment through our own land and marine resources and contribute to the achievement of the Sustainable Development Goals," he said.

"Essentially, it supports the development of agriculture as a commercial entity, at the same time promote that balance to ensure farming system which not only generate income but also resilient and environmentally sustainable." 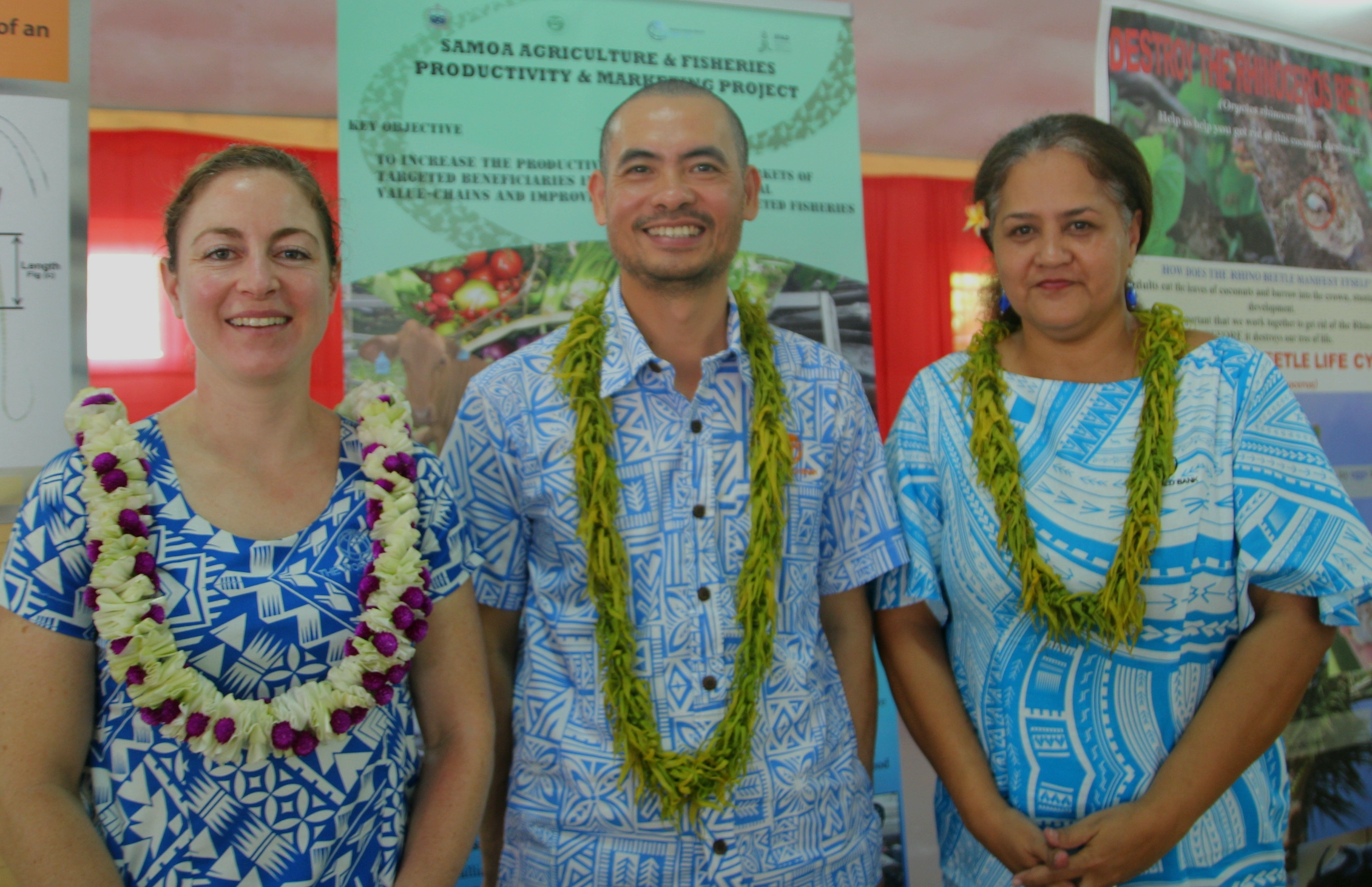 Moreover, the project aims to support the development of infrastructure which will help the growth of agriculture in Samoa.

Nevertheless, S.A.F.P.R.O.M will support the development of plantation roads for selected villages in Savai'i, fund the construction of a veterinarian lab and a new office complex for the Ministry of Agriculture and Fisheries on the big island.

It will also support the construction of a packhouse to be used by exporters of Savai'i  as well as support the most vulnerable farmers of the island to improve their farming practices and become more financially secure.

The Government of Samoa, according to the Prime Minister, has always preached that "what's good for Upolu is good for Savai'i", hence the bulk of the activities of S.A.F.P.R.O.M. being in Savaii is a testimony of the Government's commitment to continue putting those words into action.

However, the project also looks at completing the development of the Samoa Static Slaughter Unit in Upolu.

Tuilaepa said the project was started under the Samoa Agriculture Competitiveness Enhancement Project (S.A.C.E.P) and was funded by the World Bank.

"The project is also expected to revive its Matching Grant Scheme which was also started under SACEP and it encourages the involvement of women and youth," he added.

"For many years, the Government of Samoa has been pushing the development of agriculture to become and agribusiness venture. It has seen the Government look at securing funds to continue those activities which focuses on this. First through S.A.C.E.P  and now through S.A.F.P.R.O.M."

Tuilaepa used the opportunity to encourage local farmers to make good use of the project to reap long-term benefits not only for themselves but Samoa as a whole.

"The efforts of the Government will be fruitless if our people and especially our youth do not utilize these opportunities to build their farms to a level where we are no longer just subsistence but where we are commercial," he said. "These funding opportunities are only short term, but if used wisely, it can create long term sustainability for our economy.

"It is our duty to move the agriculture sector forward and turn into a business venture to create employment, reduce imports and increase exports for the much-needed revenue our country needs for its development."

Lastly, he expressed his gratitude to the World Bank and I.F.A.D for their support and help in making this project a reality.

Mr Son Thanhson, who spoke on behalf of the World Bank on the vitality of the newly launched project, said most Samoan households were involved in crops or livestock and fish was a big part of their diet.

"Some 97 percent of Samoan households are involved in crops or livestock, and fish makes up a significant amount of the traditional diet," he said. "This means that agriculture and fisheries play an important role in feeding families and communities, as well as providing additional income for many farmers.

"However, as with other countries in the region, this sector is increasingly vulnerable to the impacts of climate change and natural disasters," he said. 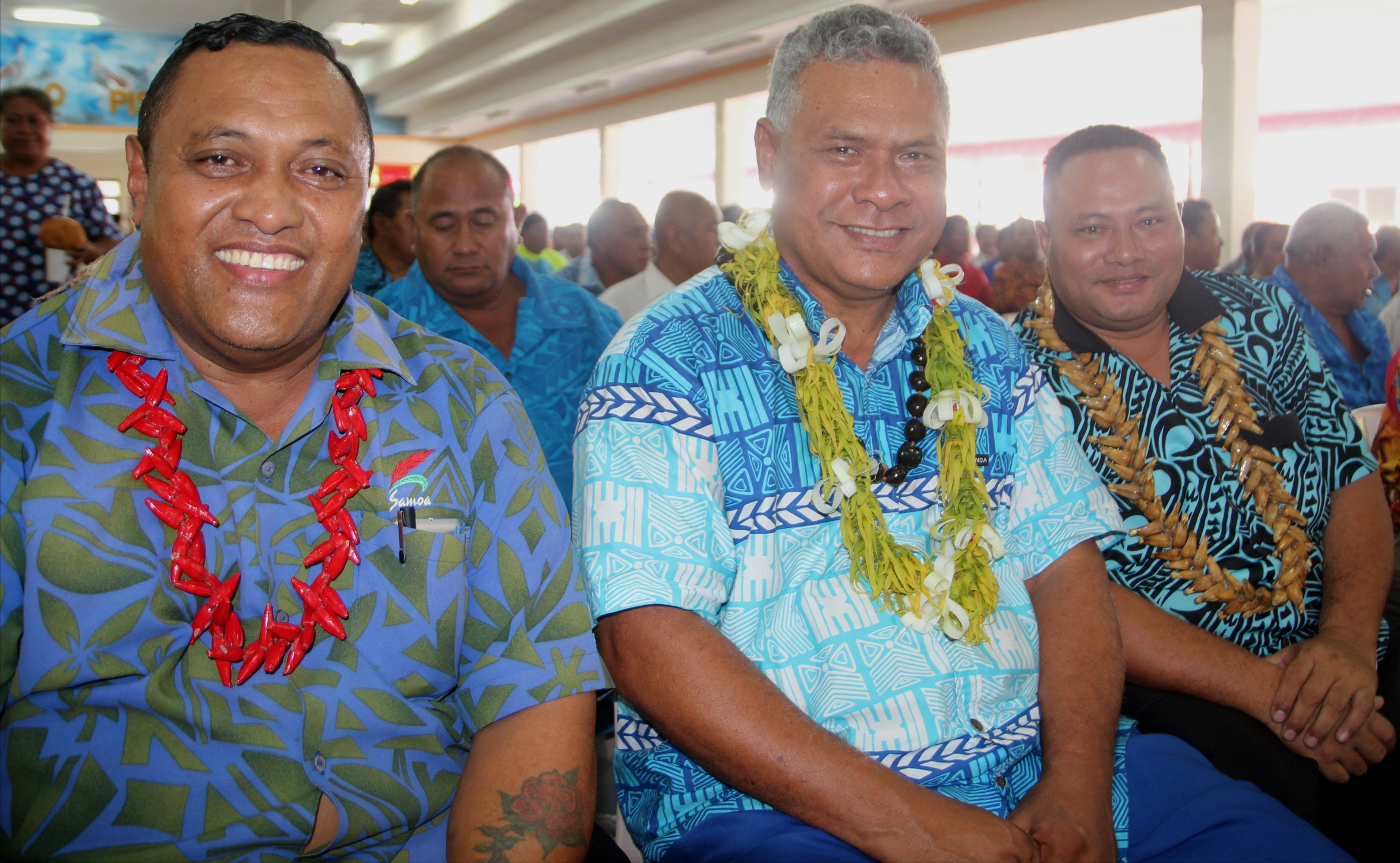 "Given Samoa's size and remoteness, the ability to import and export goods is also limited and, as many of you will know, there is a growing trend of people diagnosed with diabetes, stroke and heart disease.

To overcome these challenges, according to Mr. Son, "the S.A.F.P.R.O.M will strengthen the management, productivity and climate resilience of Samoa's agricultural and fisheries sector and support Samoan farmers and fisheries to improve links with agro-processors and traders."

The Country Manager for I.F.A.D, Mr. Tawfiq El-Zabri, spoke on behalf of I.F.A.D on the importance of the project developing the agricultural and fisheries sector of Samoa.

The local farmers in Savai'i happily welcomed the launch of S.A.F.P.R.O.M and are excited to see the project come to fruition.

The President of the Salafai Farmers Association, Va'aaoao Salu Alofipo applauded the Government's effort in securing funds for the project.

"We welcome the new project and are committed to do our part as farmers so we can make good use of this opportunity.

"We hope for more in the future and it is our hope that this will be successful for the future of our country."