The crashed vehicle's driver had allegedly fallen asleep at the wheel after dropping his wife back to work on Tuesday afternoon. (Photo: Aufai Areta Areta)

A sleepy driver ran over cement signage at Vaimoso on Tuesday afternoon causing heavy traffic on the Pesega-Vaimoso road trip.

Only the driver was in the vehicle and escaped without injury.

The man's wife told the Samoa Observer that her husband had allegedly fallen asleep at the wheel, causing the crash.

Her husband was on his way back into town from dropping her back to work when the incident happened just before 4pm. 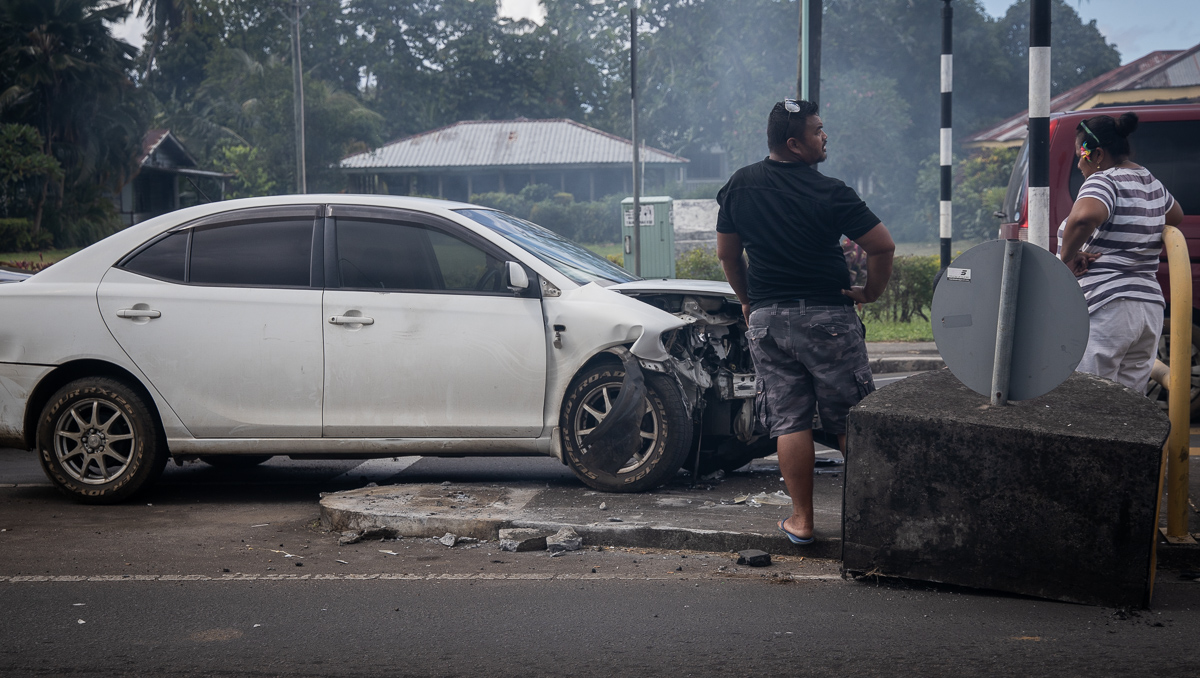 The woman said her husband showed no signs of being sleepy when he was dropping her off to work.

The impact from the car crash was enough to push the cement signage back a few feet from its original installation point.

When the Samoa Observer arrived at the scene, Police officers had taken over the control of traffic flow.