Local and regional senior experts agree that the measles epidemic of 2019 was tragic and needs to be used as a lesson for the future.

During the Convention on the Rights of the Child meeting in Samoa this week, a side event on Tuesday was dedicated to the topic of health and the rights of children in Samoa in the wake of the epidemic that killed at least 83 people and landed nearly 2000 people in hospital.

The Ombudsman of Samoa Maiava Iulai Toma told the Samoa Observer that while no country is perfect, health systems need to be at their best to protect children.

“I think the epidemic we faced was a real test for us and something I hope we have learned from,” he said.

“Like how important it is to be right up to the mark protecting our children and making available to them the highest standard of health they are entitled to.”

One of the 54 principles of the treaty is that children should have access to the “highest attainable standard of health” and access to treatment should they need it.

Member states like Samoa are expected to reduce infant and child death rates, ensure medical help and healthcare is available to all children, address disease and malnutrition, and even abolish traditional practices that harm children.

Maiava said while Samoa has “done wonderfully” in improving life in some areas for children, “we have been tested in the area of health.

“One such right, in my opinion, is to be immunised against infectious diseases with vaccines that is shown to be safe,” he said.

“There is always controversy about vaccinations and vaccines and it will go on, always, but it is a fact that international authorities that look into these things have found, that mass immunization saves lives and it is important that this kind of health remedy is available to our children.” 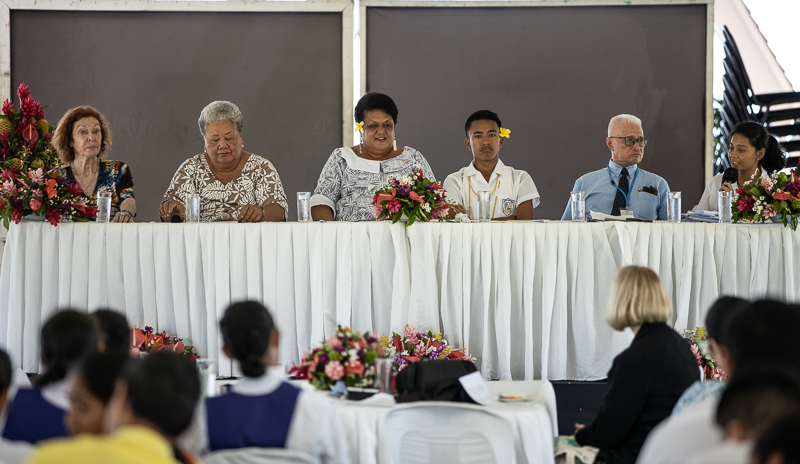 Deputy Director of the Pacific Community Dr. Audrey Aumua said she would not apply a child rights lens to the measles epidemic but agreed the casualties of the diseases should not be lost in vain.

Calling for a national commission of inquiry into the epidemic that killed at least 83 people, mostly children, she said important questions need to be asked about the health sector.

“[The Government of Samoa] does need to ask why we lost so many babies, and ask what is it about our health system that isn’t working? And it needs to be brave about it.

“I think the posture we have to take in this space is we did have the sadness of losing so many babies so let’s not waste that. What have we learned from this and how do we protect this country from an outbreak of this devastation again?

“Every child has a right to health. What happened here in Samoa was painful, but possibly what it has done is created awareness around how this Government’s health system is working.”

During the epidemic, regional staff of the United Nations Children’s Fund (U.N.I.C.E.F.) was on the ground assisting the relief and then recovery efforts.

Pacific Representative Shelton Yett said that ensuring high rates of immunisation for vaccine preventable diseases in the Pacific was a priority for his agency, calling it one of the fundamental building blocks of public health.

“The right to health is a fundamental right under the CRC and of course governments should be taking all available actions to ensure that children do have access to good health and basic healthcare including immunisation.

“When every community feels a loss, everybody knows somebody affected by this, the lesson is driven home. It becomes all too real.”

U.N.I.C.E.F. is the U.N. agency responsible for helping Governments carry out work on child rights, and it operates as an assistance and advice body. It cannot tell members what to, or what not to do, Mr. Yett said.

Asked whether Samoa should conduct a formal review into the measles epidemic, he said he had no comment, but added that U.N.I.C.E.F. would be doing its own internal review.

During the official side event proceedings, which was moderated by St Mary’s College student Audrey Lee Hang and featured panelist Avele College student Seanoa Junior Leiataua, the audience heard the challenges many parents have in getting the best healthcare for their children. 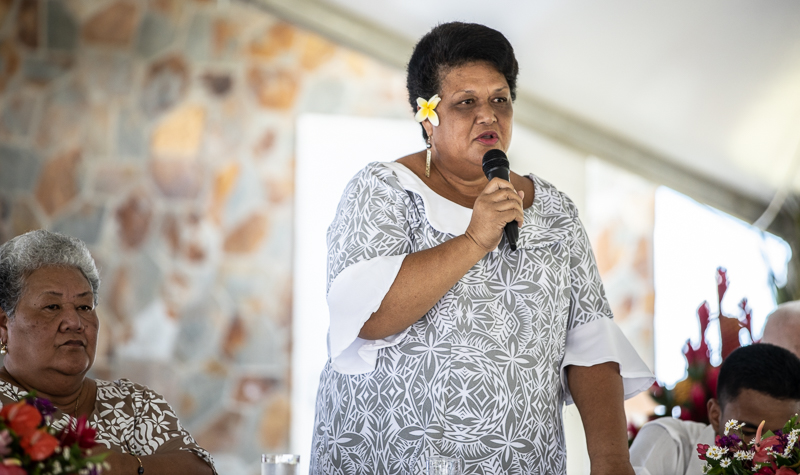 Winner of the first ever Mrs Vaiee Maupaolo Pageant, Malili Te’o Pelema said her first port of all is still traditional medicine and Samoan massage for her or her seven children’s maladies.

She said they have proven to work in many different ways, and that they are readily accessible and in many cases free.

“I do not have to pay for these and the assistance of local traditional healers within my own village avoids having to travel far from my home,” she said.

In her village of Safata, there are two rural hospitals a 30 minute trip away from home: Sa’anapu Health Centre and Poutasi District Hospital, which have a visiting doctor just one day a week.

“One of the obstacles faced by me as a mother is the lack of finance to pay for a vehicle to take my child […] and insufficient funds to pay for medicine, even though the cost is quite low.

“The District Hospitals often have insufficient supply of medicines and antibiotics,” she added, meaning another expensive trip to Apia to get medication.”

But she recalled that as a child, each and every village had a first aid kit, and a village health committee run by women. Nurses and doctors visited their village on a monthly basis to weigh babies and review their progress, and to deliver childhood vaccines.

“In my personal opinion, the 2019 measles epidemic proves my point, that the lack of any linkage and collaboration between the Ministry of Health and Women’s Committees in rural areas proved fatal,” Malili said.

Today, Malili is part of the Vaie’e Village Safety and Development Committee, which is focused on ending violence against women and children.