The hearing of two men accused of an alleged plot to assassinate the Prime Minister, Tuilaepa Dr. Sailele Malielegaoi, has been scheduled for November.

Lema’I Faioso Sione and Malele Paulo - also known as King Faipopo - were granted bail on Friday after being held in custody for the alleged offending for six months.

They have entered a not guilty plea to two counts of conspiring to murder the Prime Minister in August last year.

The men appeared before Justice Leiataualesa Daryl Clarke on Monday to schedule a hearing date. 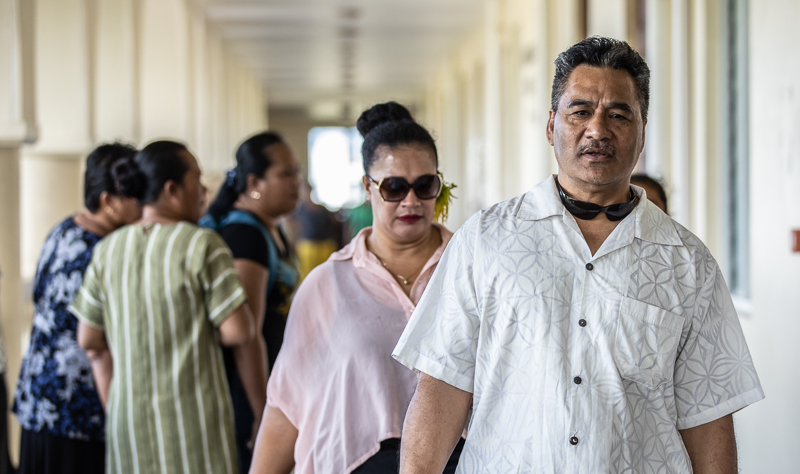 Justice Leiataualesa adjourned the matter for a hearing on November 9 with the defendants being remanded on bail.

Bail conditions remain for the men, including their being prohibited from disturbing the peace or posting anything in relation to the proceedings before the Court on social media.

They are at liberty on conditions that they surrender travel documents, refrain from contacting the alleged victim and prosecution witnesses.

The men are also ordered not to contact Talalelei Pauga, who is alleged to have conspired with them, and to sign in with the nearest Police station twice a week.

The third accused in the matter, Taualai Leiloa, has already pleaded guilty to the charges.

His sentence is pending until November this year.