Children in the Pacific, faced with bullying, violence and poverty across the region are still some years away from seeing their rights fully realised, the United Nations has heard.

At the official opening of the 84th Extraordinary Session of the Committee on the Rights of the Child in Samoa on Monday, speakers from civil society and regional organisations highlighted to the 13 strong committee that the region is still beset with issues plaguing children.

Samoa's Ombudsman, Maiava Iulai Toma did not spare any words, when he said that Samoa, and the Pacific at large, has become "at home with violence.

“Violence begets violence. We begin in the way we raise our children, to invite violence into our homes. We invite it to grow there and to flourish in our lives,” he said.

“The fact of the matter is we in Samoa are potentially a very violent community just below the surface of our apparent customary tranquillity. That is the inheritance we are leaving or rather breeding into our future generations if we do not act to bring change.”

Also taking the opportunity to highlight grave injustice was President of Nuanua o le Alofa, Mata’afa Faatino Utumapu, who highlighted that of the 0.9 per cent of children with disabilities in the country, less than a fifth attend schooling. Of those, just 9.5 per cent finish high school.

“These statistics do not indicate the successful and limitless future I hope for the next generation of persons with disabilities,” Mata’afa said. 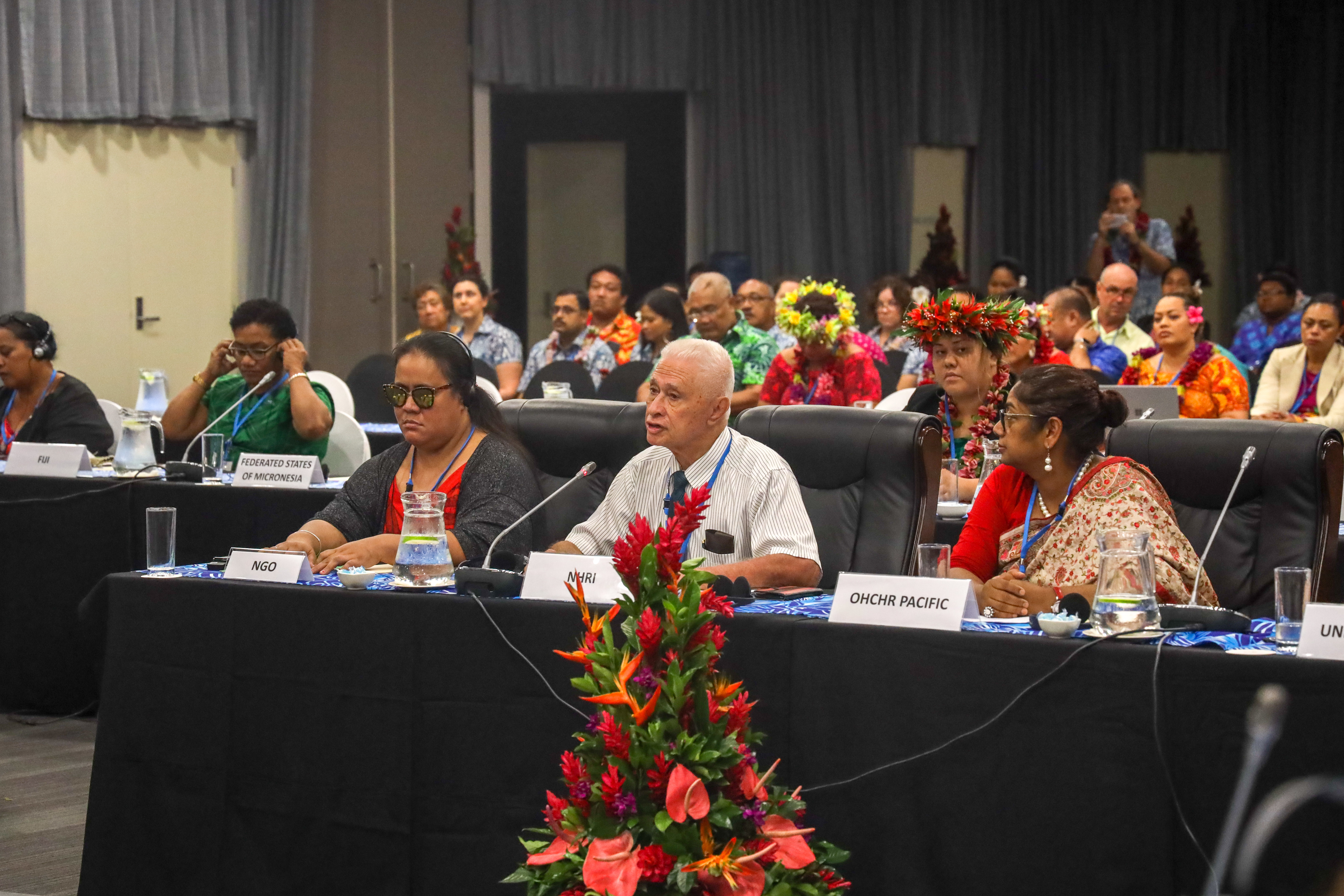 But having the treaty body meeting outside Geneva was a welcome move by most, who agreed that bringing the committee closer to children - its central focus - was essential.

The United Nations General Assembly meeting later this year will discuss a proposal by all ten treaty body chairs to always take their sessions to the regions where their subjects are, instead of asking countries from hundreds of kilometres away to travel to Geneva.

The Human Rights Treaties Chief of the United Nations Orest Nowosad said in the past, zero Pacific children had ever met before the committee.

"The Pacific region has indeed been the most adversely affected by its remoteness from Geneva. Since 2016, six of the seven reviews of the committee were conducted via video link. The participation of civil society was extremely limited, and no children from the Pacific, not one – the committee’s main beneficiaries – were able to come to Geneva to meet with the committee,” Mr. Nowosad said.

“It’s quite extraordinary, the Committee on the Rights of the Child not meeting with children.”

The Pacific region has also been the worst at reporting in full and on time to the treaty bodies it ratified.

“This region has the lowest engagement of states and civil society, including children,” Child Rights Connect Ilaria Paolazzi said. C.R.C. is the organisation responsible for connecting children to the U.N.

“There have never been any child-led alternative reports submitted to the committee by the children in Pacific states.

“We have also recorded a decrease in the numbers of alternative reports from national civil society actors as opposed to international non-government organisations.

“This extraordinary session is already contributing to reverse this trend.” 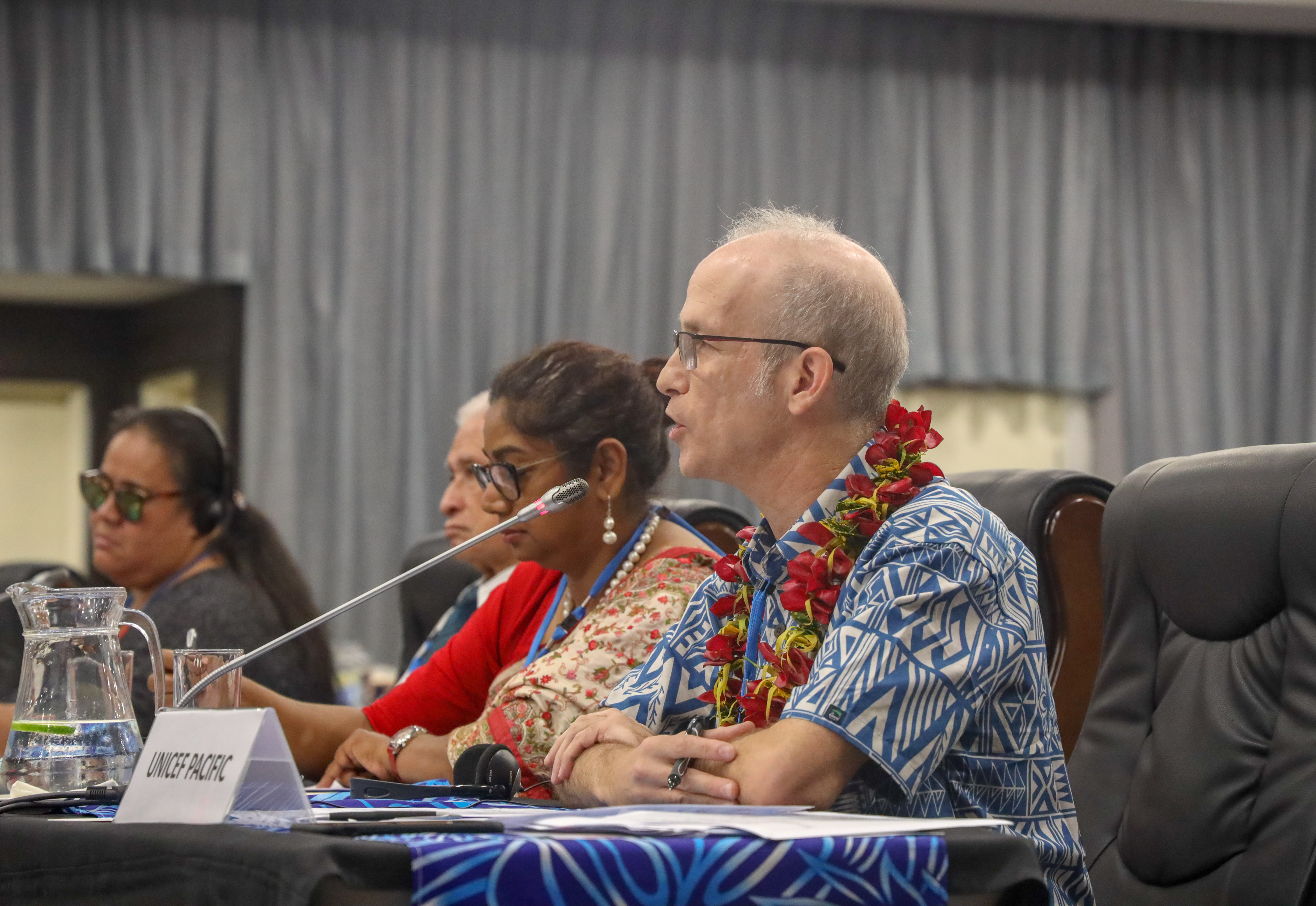