The children of S.V.S.G performed dances to traditional and more modern music for the C.R.C. committee members who visited them on Sunday. (Photo: Aufa'i Areta Areta)
Education
Health

The United Nations Child Rights Committee have promised Samoa’s most vulnerable children they will take their plight to the whole world, after spending the morning at the Samoa Victim Support Group's Campus of Hope on Sunday. 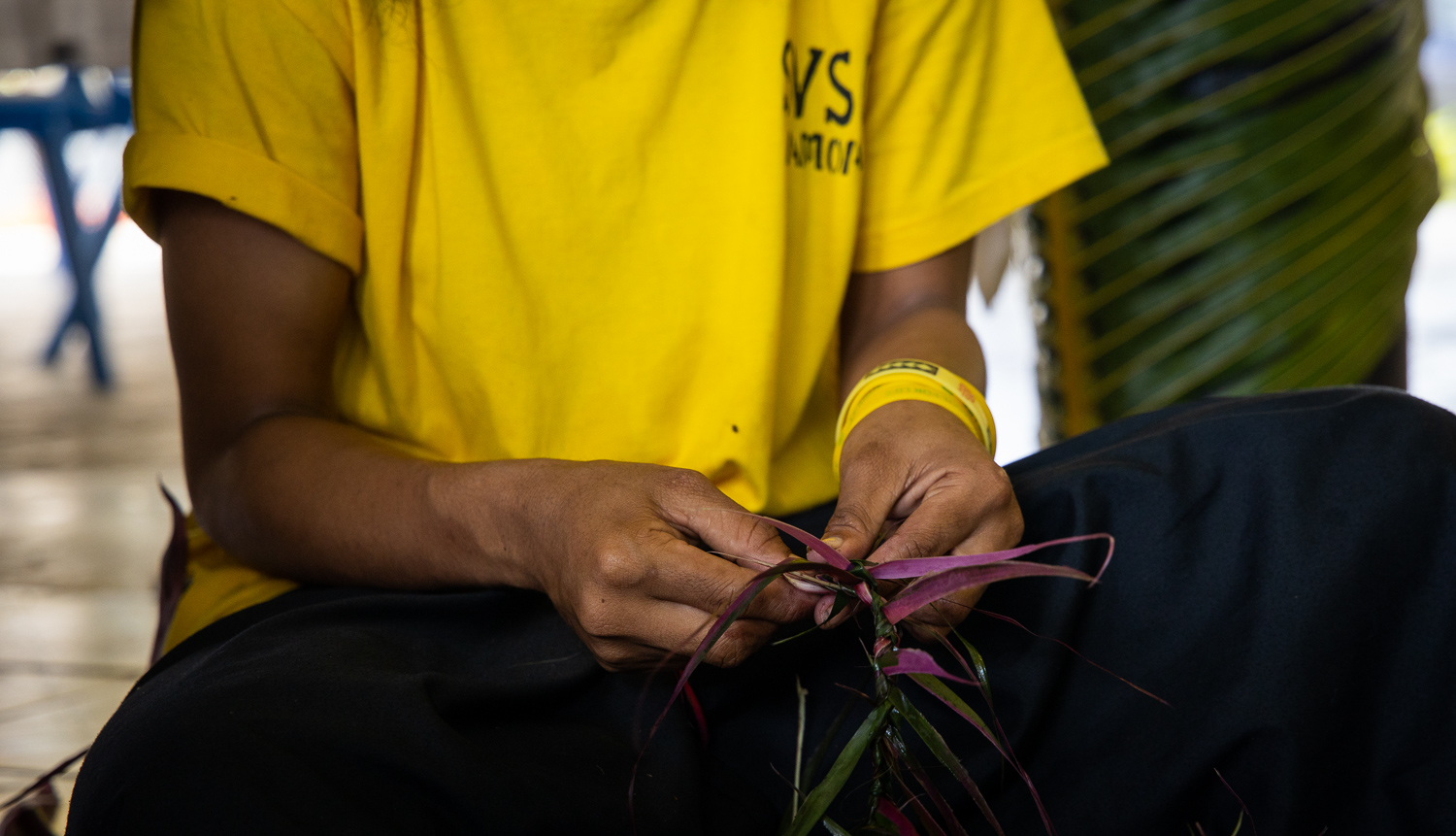 Six of the 18 committee members visited the Samoa Victims Support Group (S.V.S.G.) for several hours, and were treated to a musical performance and moving testimony from sexual abuse survivor and child rights advocate Leilua Lino.

She told them how, after being raped by her biological father at just nine years old, she became suicidal. But now with the S.V.S.G. family, and new surrogate mother Siliniu Lina Chang, she can be happy again. 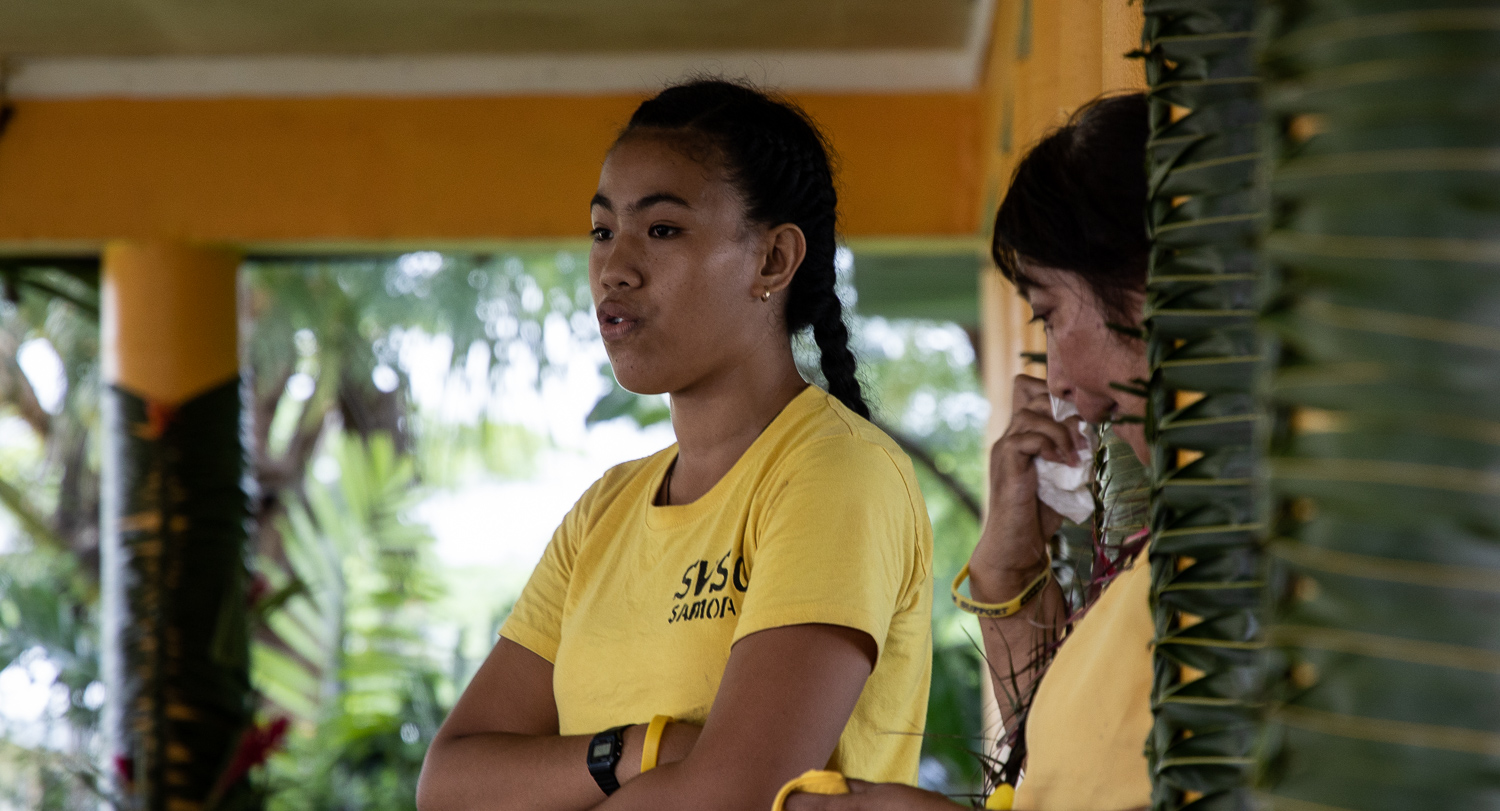 The members were presented with gifts from the children - including tee shirts that state “Who protects my rights?” that the children will wear on Friday when they perform on the final day of the 84th Session of the Convention on the Rights of the Child (C.R.C.) - hosted outside of Geneva for the first time, here in Apia.

S.V.S.G. President Siliniu said she hopes the members will join them in wearing the tee shirts on Friday to draw attention to the 81 children currently living at the Campus of Hope shelter who were subjected to violence and sexual abuse at home.

Chair Luis Pedernera Reyna from Uruguay, Vice Chair Amal Aldoseri from Bahrain and Philip Jaffe from Switzerland each stood to thank the children for their efforts, with translation help from Justice Vui Clarence Nelson (also on the committee).

Ms. Aldoseri, whose name in her native Arabic means ‘hope’, told the children that when they meet again on Friday, she will share their story.

“We will talk to the whole world about this place,” she said. 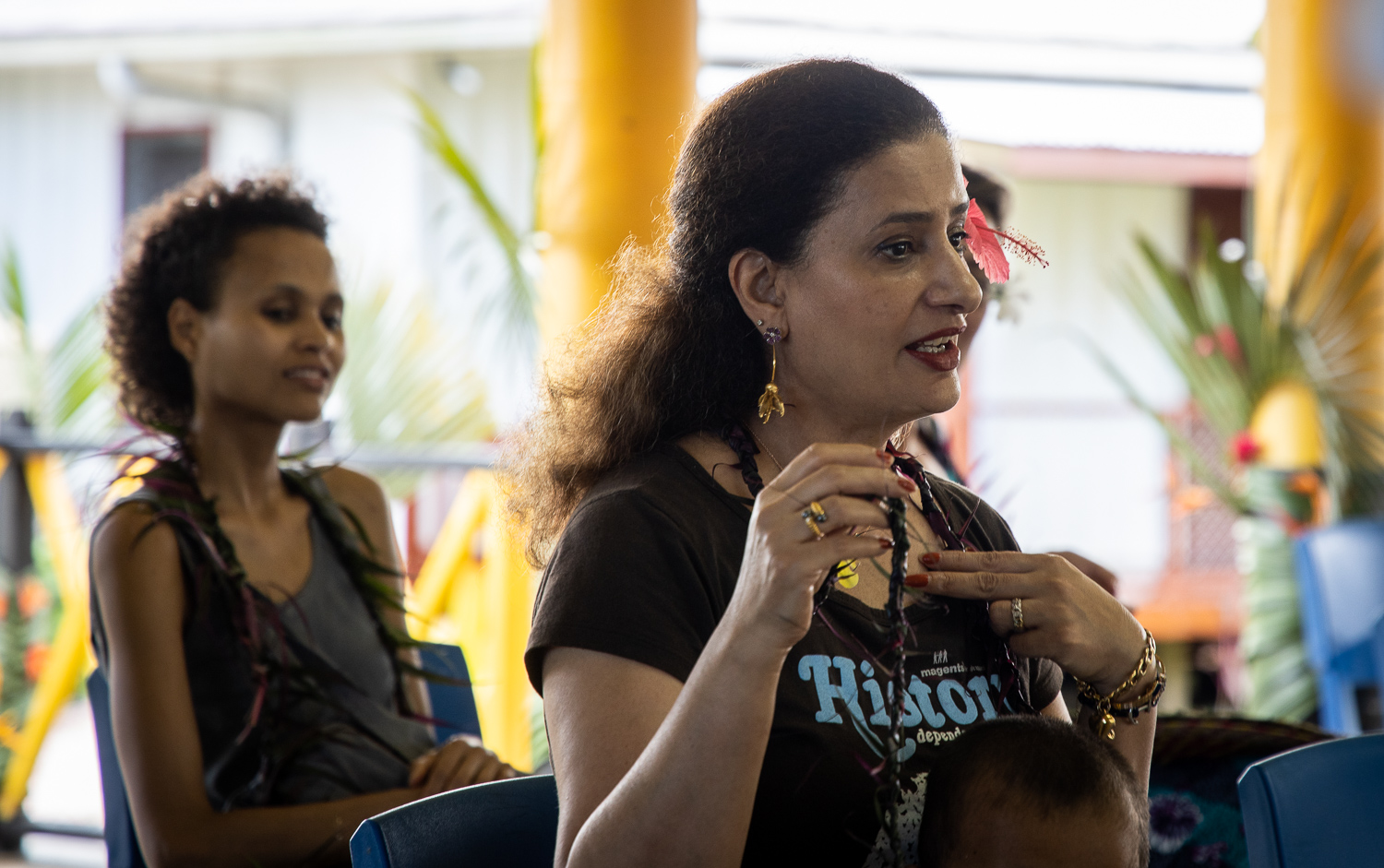 Mr. Jaffe said he felt privileged to have met the children.

“Every single one of you is a precious human being for us, we care deeply about every one of your rights,” he told them, “and you are all courageous and you have gone through difficult times.

“It gives us a lot of energy to work on your behalf and all the children of Samoa.”

Siliniu and Board Chair Georgina Lui each made passionate pleas to the committee members for support.

“We are not Government funded, but this compound (the Campus of Hope) is a testament to how many people believe in this work,” Ms. Lui said, giving special mention to Siliniu’s dedication to the work.

“Nobody else here does the work she does, and nobody else in Samoa is protecting the children the way she has.

She will attend next week’s side sessions throughout the Committee Session to learn more about how the Convention applies to S.V.S.G’s work. 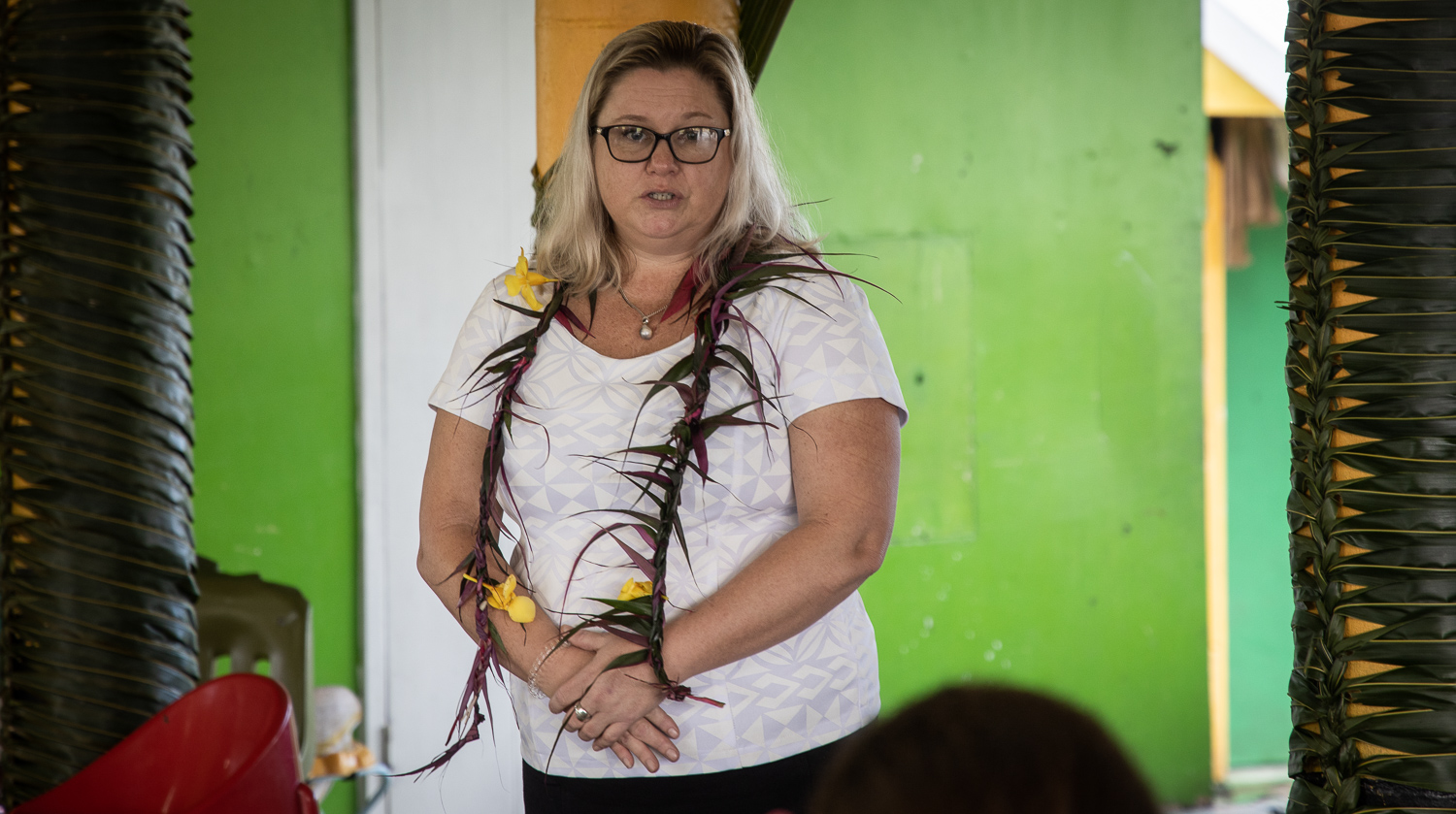 Siliniu, who started the organisation 15 years ago, said in the early years they had no idea what the C.R.C. was or why it mattered to them.

But five years in, between a flurry of activity from outsiders trying to report on the their work, Acting Chief Justice Vui Clarence Nelson first explained the treaty to her, and that Samoa signed on to take responsibility for its children.

S.V.S.G. is funded by private organisations and donors and receives no annual budget or contribution from the Government, Siliniu told the committee through tears.

“Hundreds of children have passed through our gates. We want to see an outcome, not temporary solutions. We want to see justice for our children, and we want them to know they have family.”

The children gathered from the morning to prepare for the Committee visit, handmade welcoming flower necklaces for their guests and prepared morning tea. Every child attended, from the oldest around 20 years old to the youngest, at just three months. 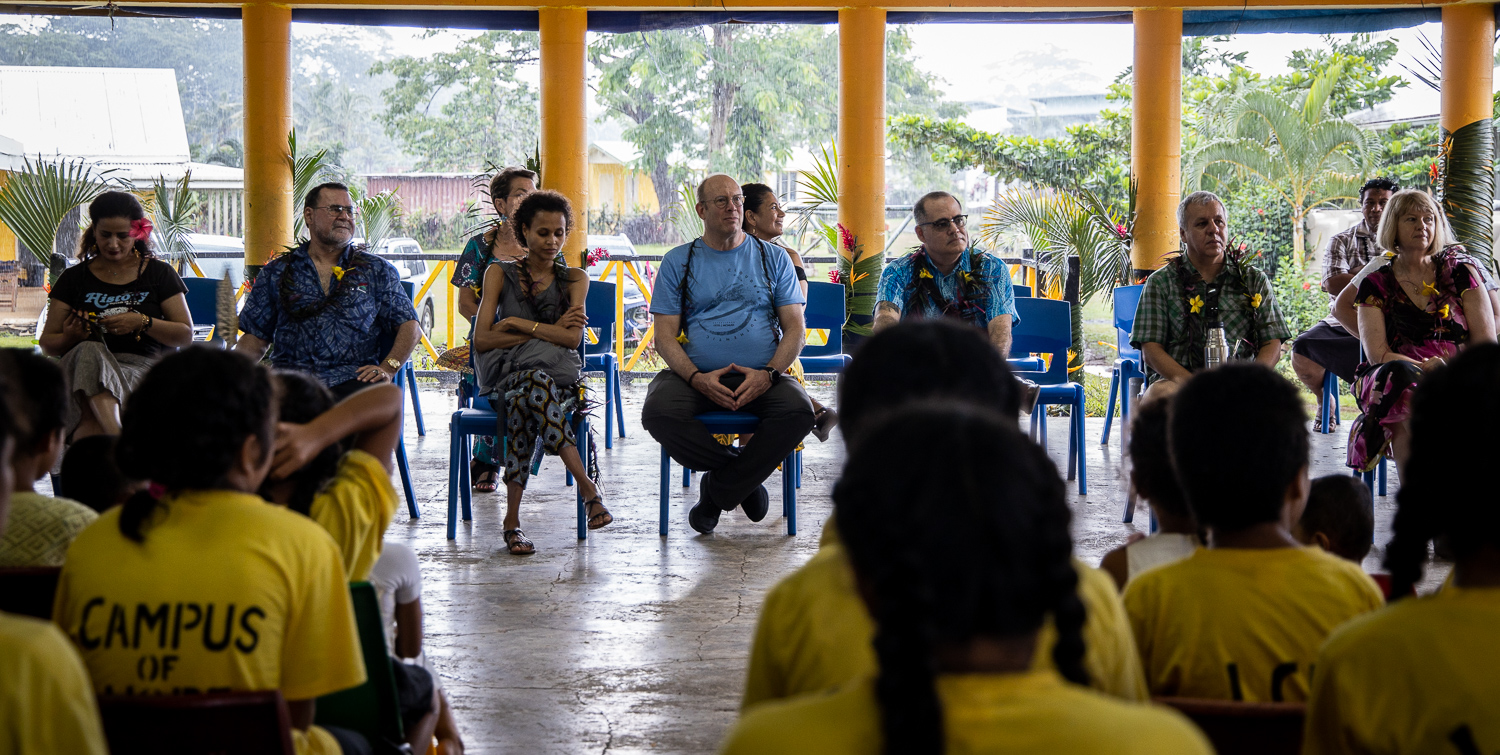 Ms. Lui said the visit to S.V.S.G. would have been the perfect way to begin a week of dialogue on child’s rights in the region.

This week the committee will conduct reviews on the Cook Islands, Federated States of Micronesia and Tuvalu’s progress against the C.R.C, as well as a pre-session review for Kiribati.

As it is the first time the committee has met outside Geneva in Switzerland for their session, they are making the most of the opportunity to meet Pacific children and hear their stories first hand. 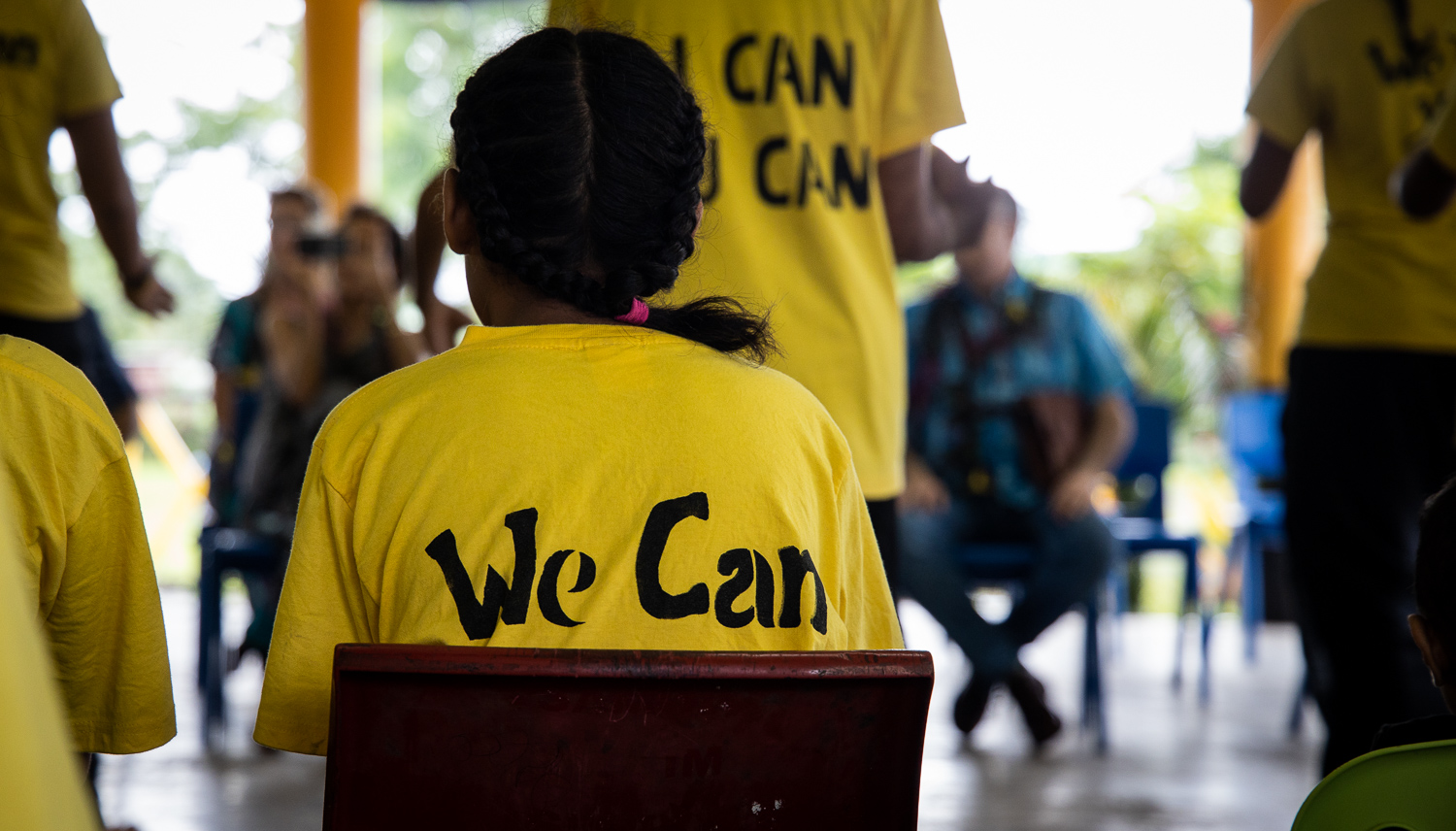 “I am sure that a lot of the situations that they will find here will be mirrored across the Pacific region,” she told the Samoa Observer.

“I am hoping their visit here will enlighten them to the challenges that are faced not only by the Government but by [non-government organisations].

“Lina and her team, they work tirelessly to provide a service to the community and I am sure there are many N.G.O.s out there in the Pacific who face the same challenges with funding, resources and support.”

She said the lack of funding and regular support to the S.V.S.G. is a problem for defending children’s rights to safety and protection.

“Every country should have a service that is there to protect the children, one way or another, because I am not sure how else the children’s rights would be recognised otherwise.”