The Manu Samoa 7s got their first win of the Los Angeles Sevens on Sunday evening, setting up a ninth place quarterfinal against Kenya at 6:37 am on Monday Samoan time.

The first half was a largely messy affair, with both sides making poor errors to break up any attacking momentum.

Scotland's Robbie Fergusson received a yellow card in the third minute, however knock ons and forward passes from the Manu 7s meant they couldn't take advantage of the extra man before his return. 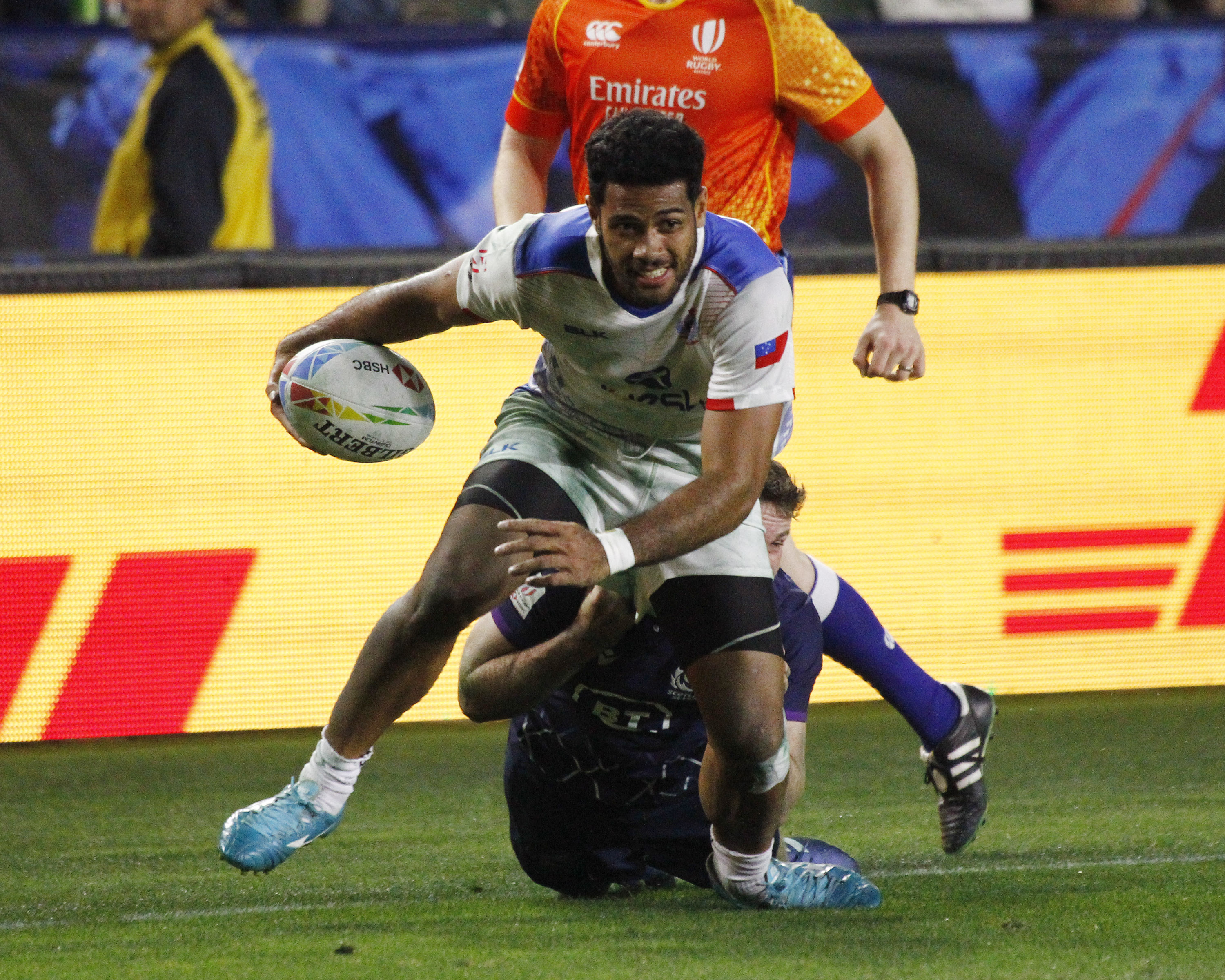 In fact it was the Scots who opened the scoring in the seventh minute through Harvey Elms, making it 7-0 with time for one more play in the half.

Samoa finally sprung to life - an Elisapeta Alofipo flick pass found Joe Perez for a half break, and he found the supporting Tomasi Alosio to score in the corner and bring his team within two points. 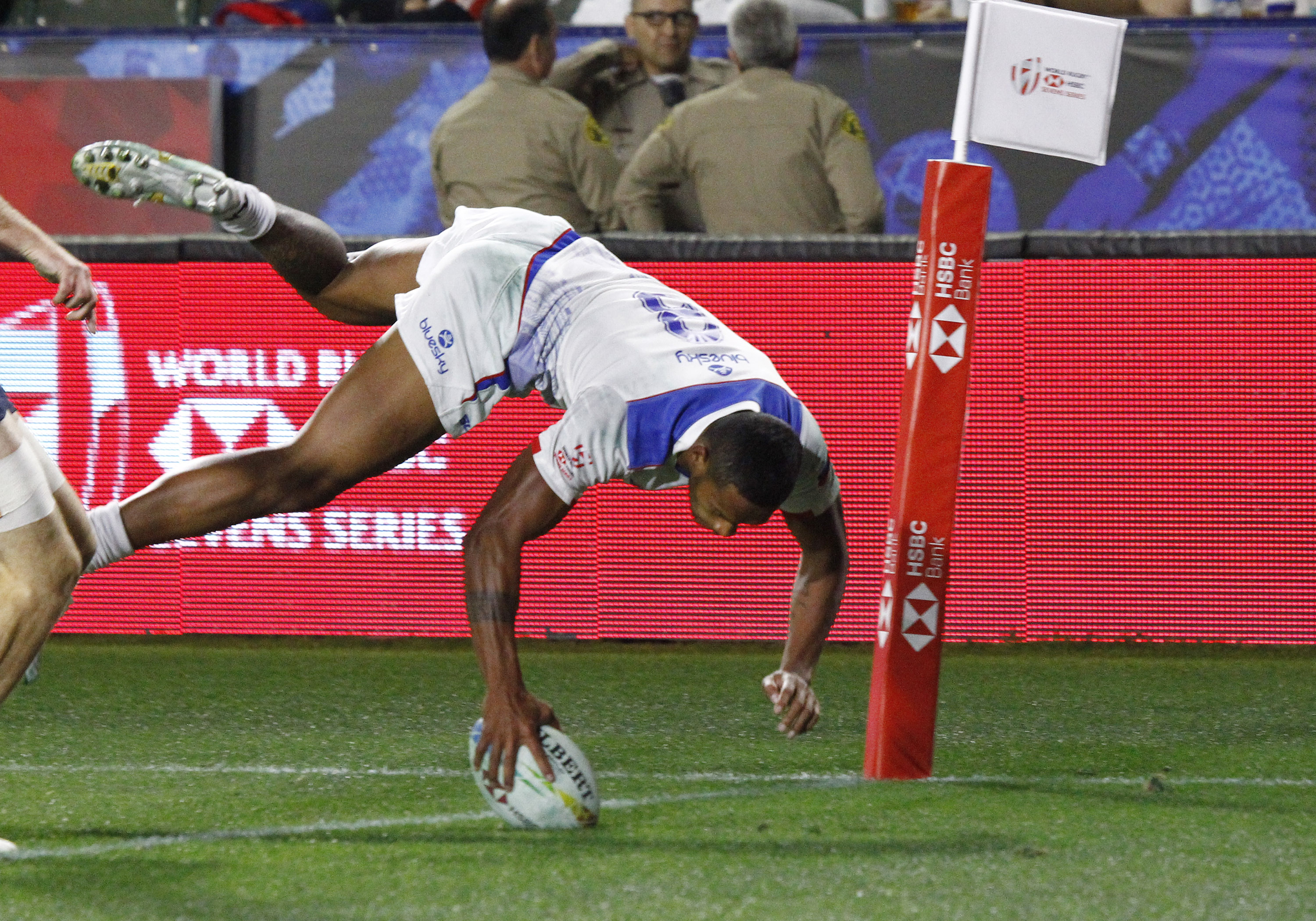 The captain Alosio then turned provider in the ninth minute, finding Losi Filipo with an inside ball for the Wellington Lions player to score his first ever World Rugby Sevens Series try. 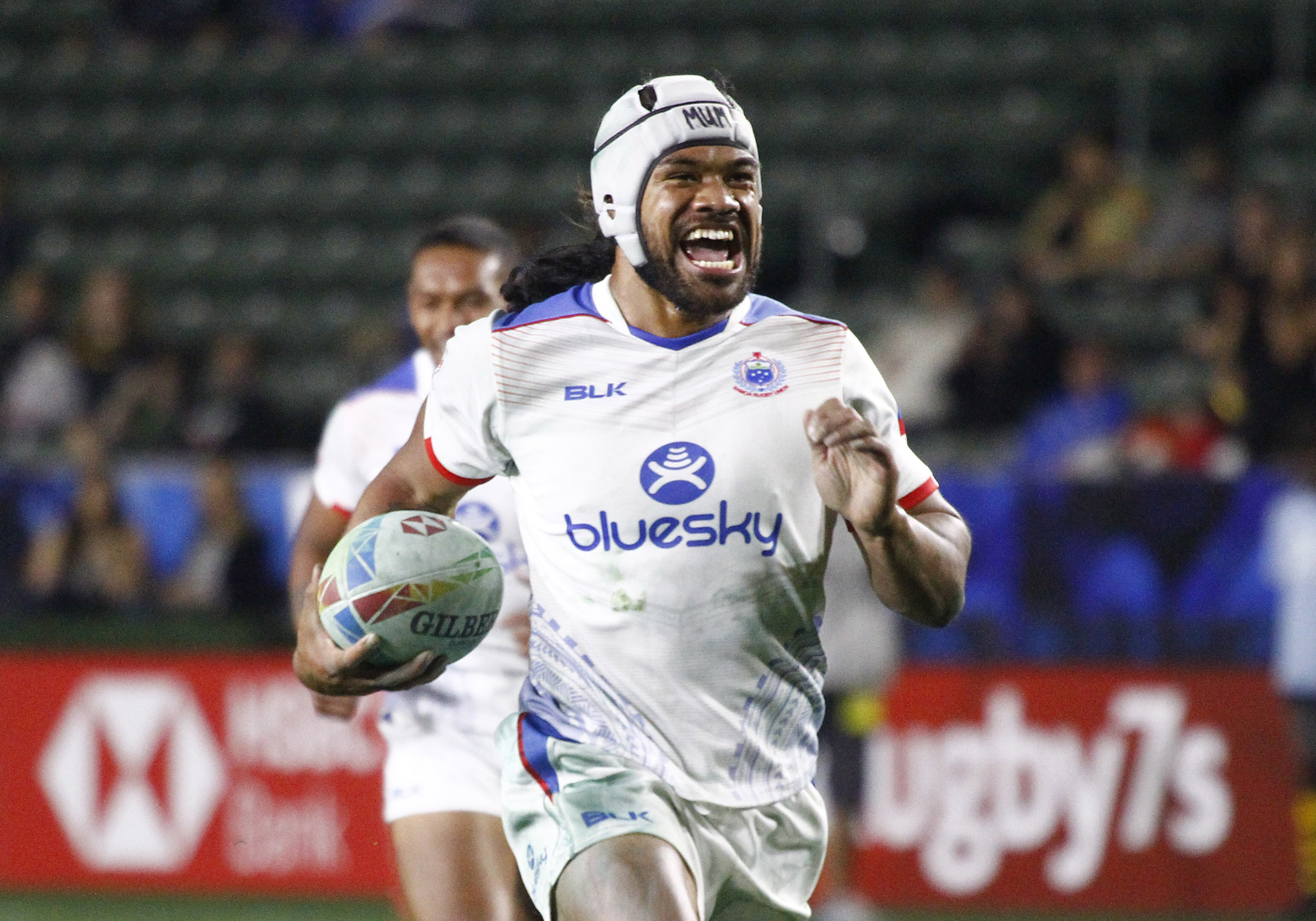 Scotland ventured into the 22 to attempt a response, but Va'a Apelu Maliko got over the breakdown to win a penalty for holding on with just three minutes left.

He was on the scoreboard himself soon after, taking a penalty for offside quickly and scoring what turned out to be the winning try. 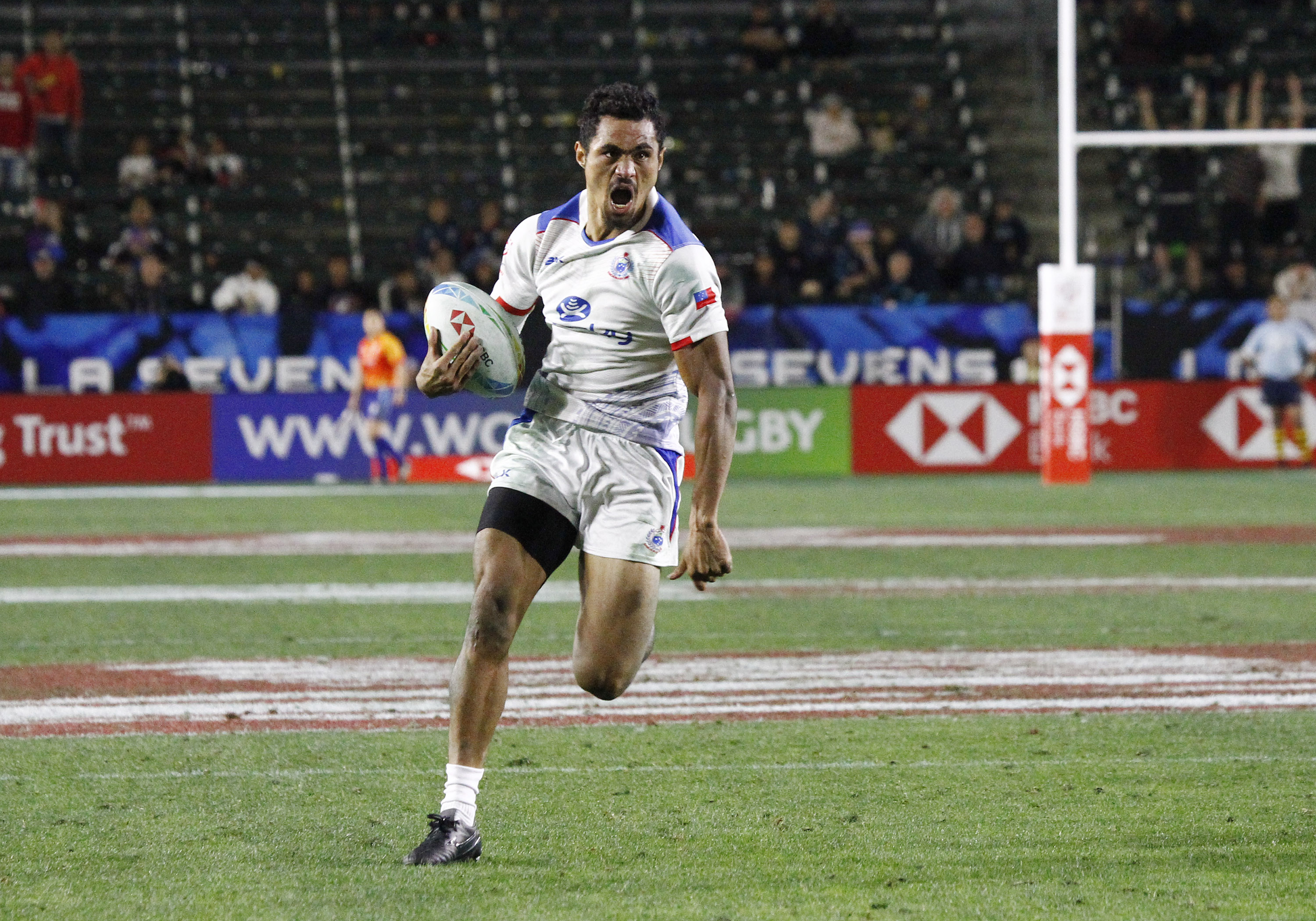 Scotland had 45 seconds to make up a 12-point deficit and they gave it a good crack, with Ross McCann getting a try to give them a chance from the final play.

But they couldn't recover their kickoff, giving Samoa the win. 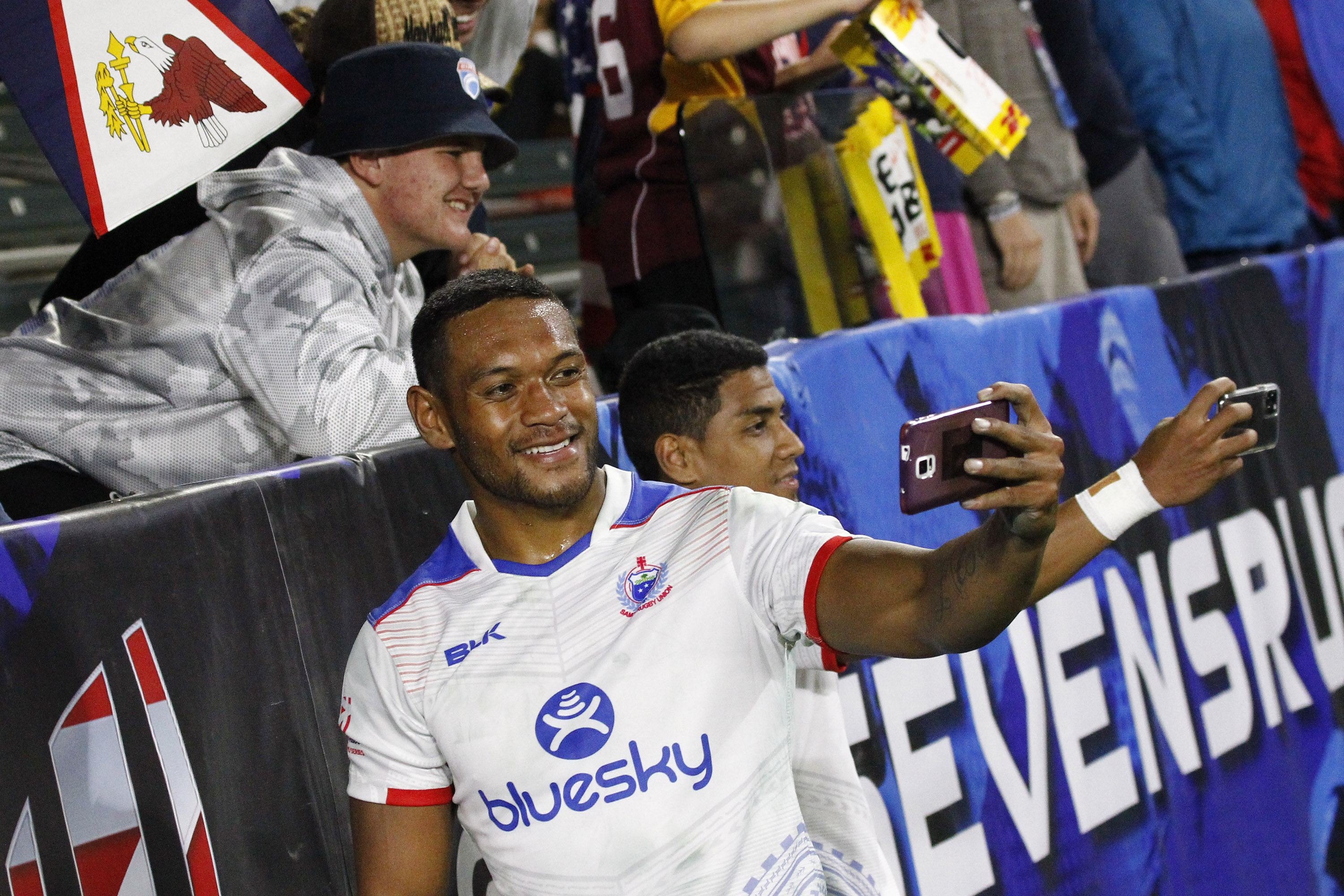