Chris Selemaia with his wife and daughter. (Photo: Vaitogi A. Matafeo)

It was a four-year wait for Chris Selemaia to finally graduate with a certificate in electrical engineering, but the journey was worth it for the 24-year-old who started his career with the Electric Power Corporation as a meter reader.

He was one of 46 graduates in the apprenticeship program who passed out with certificates in carpentry, electrical engineering and plumbing last Friday. His family was on hand to see him graduate with other apprentices last Friday.

The apprenticeship program is one of many Government initiatives implemented by the Ministry for Commerce, Industry and Labour (M.C.I.L.) with key stakeholders and under the guidance of the Samoa Apprenticeship Council.

Mr. Selemaia told the Samoa Observer that he was elated that the training program was finally over after four years.

“My journey started in the meter reader division under the Electric Power Corporation. I took part in this apprenticeship program because I wanted to have more experience and knowledge so I can progress further,” he said. “I thank the Government for paying for 50 per cent of my school fees while E.P.C. paid 30 per cent while I only paid for 20 per cent.”

Looking back at the four-years of training, Mr. Selemaia said it was not easy but he persisted and kept on praying to God for assistance and guidance.

“But just like any journey in life, it is never easy, some lectures were hard because everything was new to me but I kept praying to God for help and guidance in my studies and he helped me understand.” 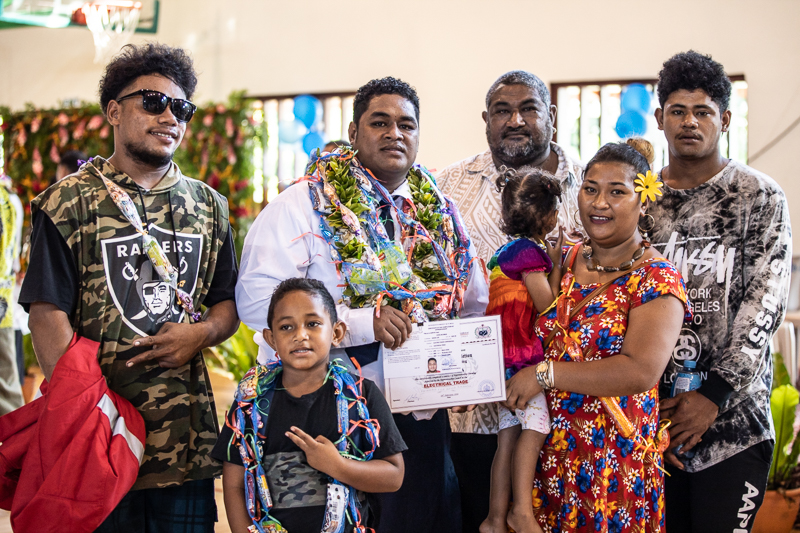 The father of two also acknowledged the support of his family for the duration of the training program, who had to put up with challenges such as after-hours classes at the National University of Samoa (N.U.S.).

“It was also hard on my family because I work and finish around 5pm and then attend classes at the National University of Samoa which sometimes finishes around 8pm.”

However, he said he drew inspiration from his family’s support, which he said pushed him through to the end.

“My family’s never-ending support also motivated me in trying to push through my studies. In my perspective the programme is significant because it has helped me evolve in terms of both knowledge and skills in electrical engineering.”

“The apprentices have to work under qualified electricians and supervisors. The program is important for everyone who takes part in it, because it helps them improve their qualifications and also once they have the certificates, it can help raise their salaries.”