A joyous moment for one of the graduates, Feagaiga Fou Taulia with his daughter Etevise Taulia. (Photo: Vaitogi A. Matafeo)

It was a proud moment for families and friends of 46 apprentices who graduated with certificates in carpentry, electrical engineering, plumbing on Friday.

The Apprenticeship Programme ceremony was hosted by the Ministry for Commerce, Industry and Labour (M.C.I.L.) at the National University of Samoa’s (N.U.S.) gymnasium on Friday. 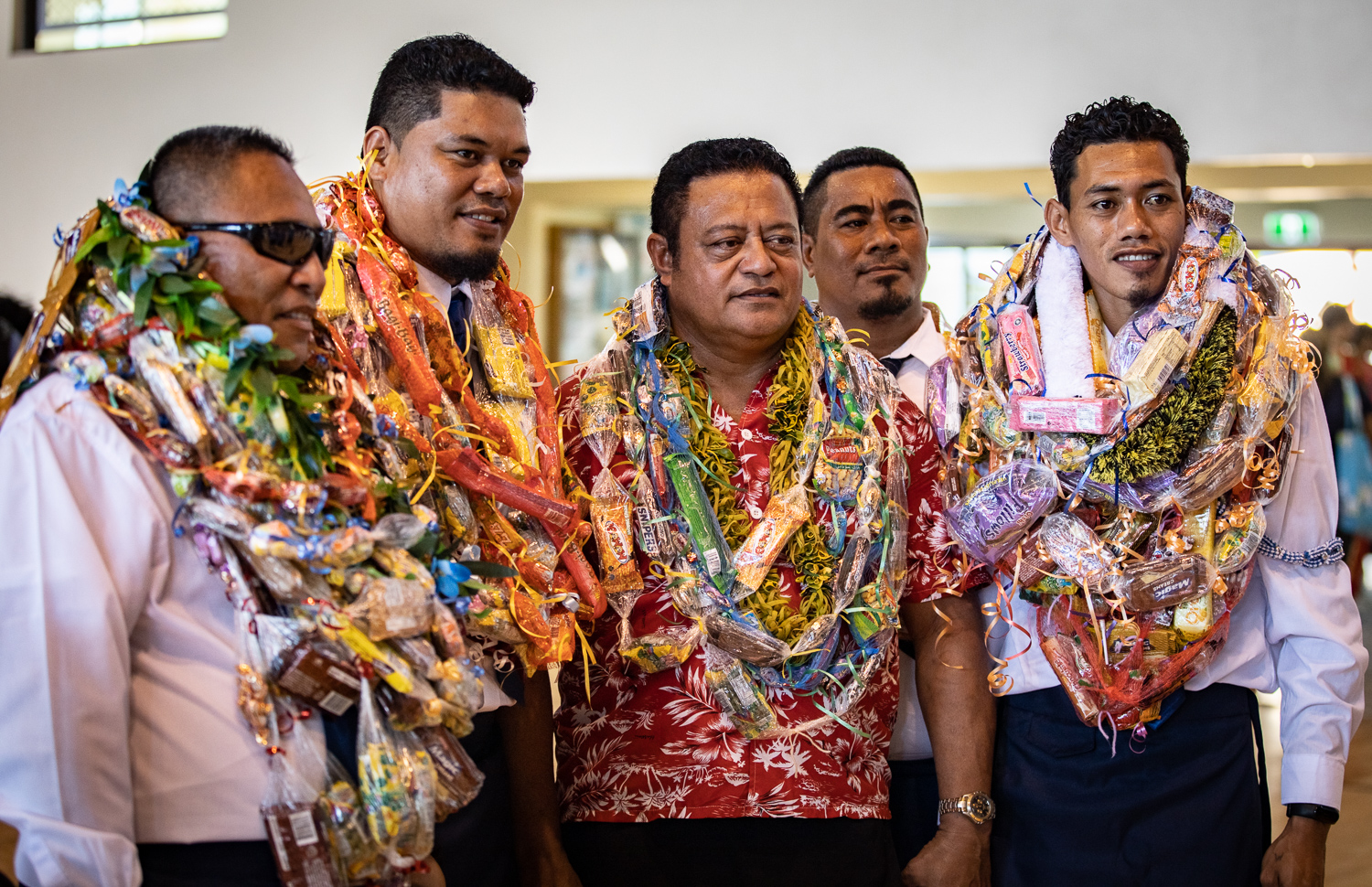 The Minister for Commerce, Industry and Labour (M.C.I.L.), Lautafi Fio Purcell, congratulated the graduates for their endurance, hard work and commitment which led to the successful completion of their courses. 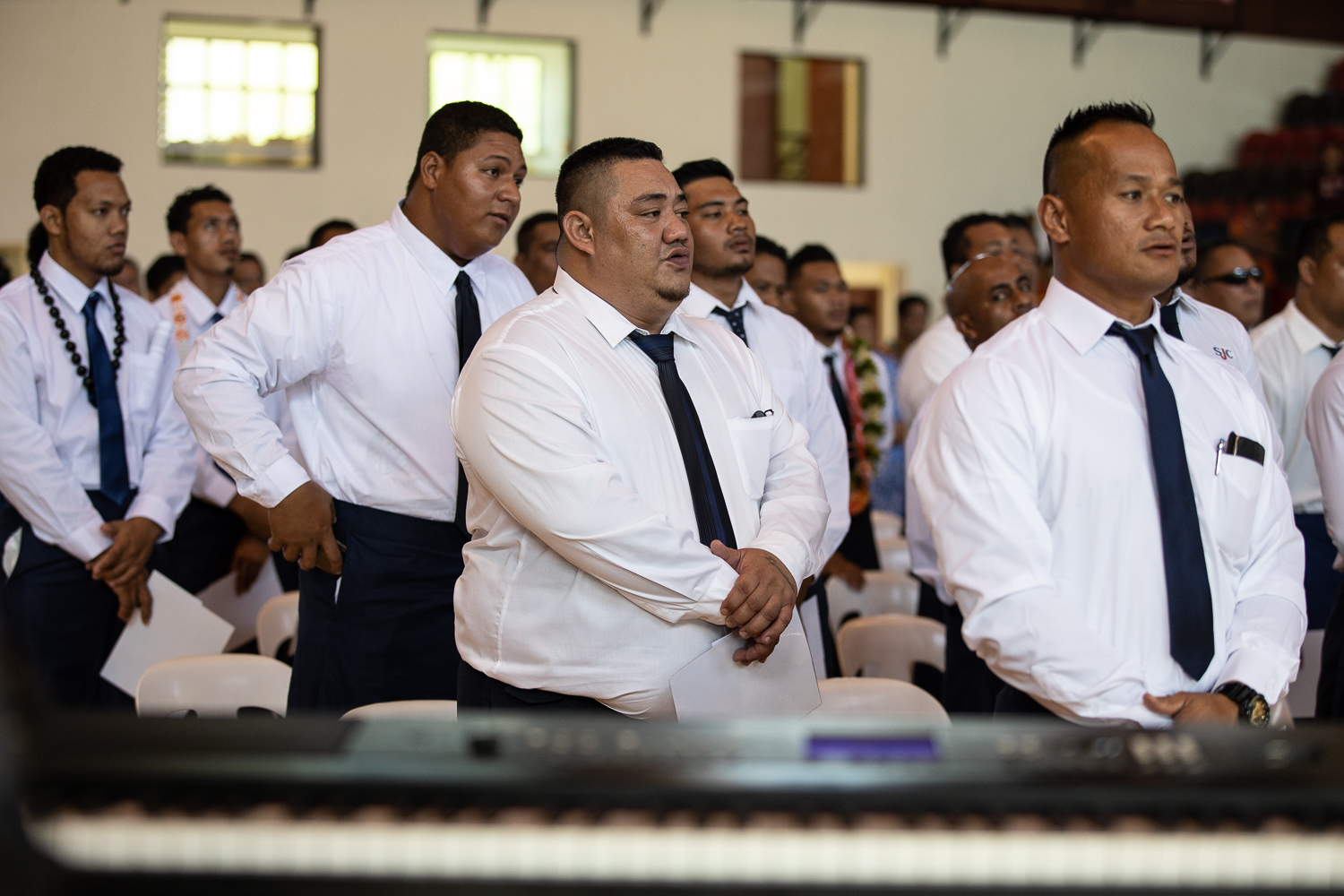 “The graduation signifies a great achievement of many initiatives by the Government which is jointly implemented by M.C.I.L. with the key stakeholders under the guidance of the Apprenticeship Council,” he said.

One of the graduates, Alosio Apolosio Alaalatoa, thanked everyone including the Government, employers and families for their never-ending support during their four-year journeys. 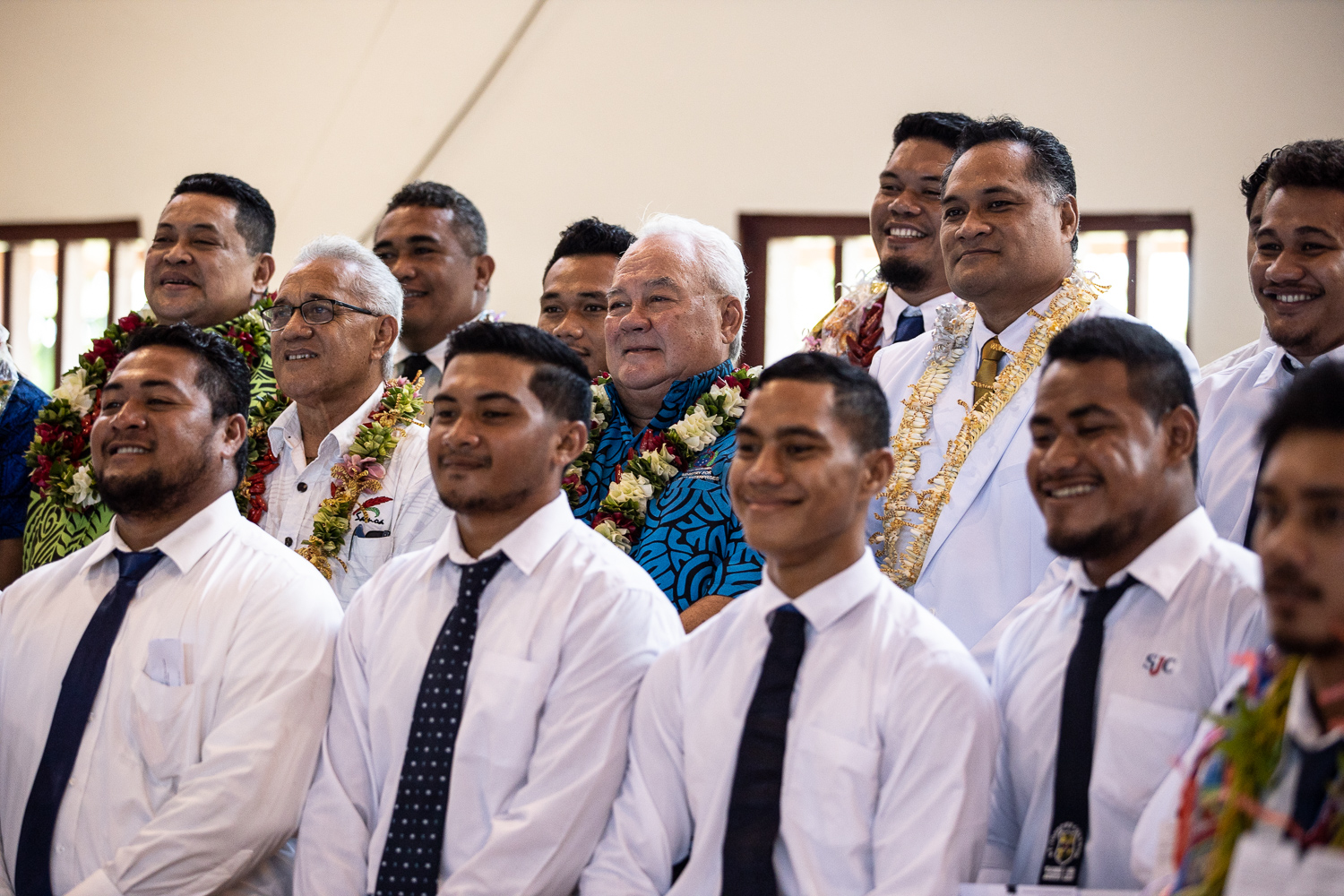 Lautafi added that the rationale behind the programme is to enhance the knowledge and skills tradespeople undertaking the eight trades under the umbrella of the programme.

“The programme strategically aims to prepare apprentices with the right set of skills for employment with a focus on the hands-on-approach that provides the apprentice the opportunity to learn by doing the actual job.

“One of the main focuses for the academic year 2019 was to review the apprenticeship curriculum through incorporating National Competency Standards already developed by [the] Samoa Qualifications Authority in partnership also with N.U.S.

“This was to ensure that the programme is aligned with international standards and be recognised internationally.”

He added that the programme was for Samoa to continue to have a ready pool of qualified tradesmen and to encourage all especially [young people] to pursue formal education.

“It is vital for apprentices, to realise that the trend at the working environment is getting more competitive,” he said.

“Attaining higher trades qualifications is essential to enrich individual skills and qualifications, at the same time satisfying the requirements of the labour market.

“At the end of the day having a qualified workforce of trades’ people also means that efficiency and productivity is achieved for better performances.”

The M.C.I.L. Minister also said graduates will be equipped with the skills needed to open doors to existing employment opportunities in Samoa and overseas.

“And [we must [pay] a special acknowledgement to the Vice Chancellor, the Dean and lecturers of the Faculty of Technical Education of N.U.S. for providing the formal-theoretical training component of the apprenticeship programme,” the Minister said.

He also encouraged women to take part in the male-dominated programmes.

“I am also happy to confirm that a female graduate under the Apprenticeship Programme has been offered a scholarship by the Government of New Zealand and she has successfully completed a degree under the carpentry trade,” he said.

The apprenticeship programme allows the Samoan Government to pay for 50 per cent of the school fees while the company employing the apprentices pays for 30 per cent; students themselves pay for only 20 per cent.