Samoa
More than a hundred Catholics attended the service where each one received ashes placed on their foreheads by priests. (Photo: Francis Faalili)

A church service was also held at the Immaculate Conception Cathedral, Mulivai on Wednesday afternoon with more than a hundred faithful in attendance, where each one had ashes placed on their foreheads by priests.

The service at the Immaculate Conception Cathedral was led by the Archbishop of the Catholic Church in Samoa, Alapati Lui Mataeliga.

"Remember that you are dust, and to dust you shall return. Prayer is one of the keys that can truly deepen our relationship with God," he said. “We cannot do anything on our own strength; we must surrender to the Lord. We don’t depend on material things instead we must depend on God because faith can move mountains.”

A Catholic who attended the service at the cathedral, Isaako Leti, said that Ash Wednesday celebrations to mark the beginning of Lent are important.

“It is because to us Christians it reminds us that we were created from ash and we will return to ash. But most importantly it is the beginning of when Jesus fasted for 40 days," he said. “Lent season is when we have to give up something for example a bad habit such as drinking or smoking for 40 days.” 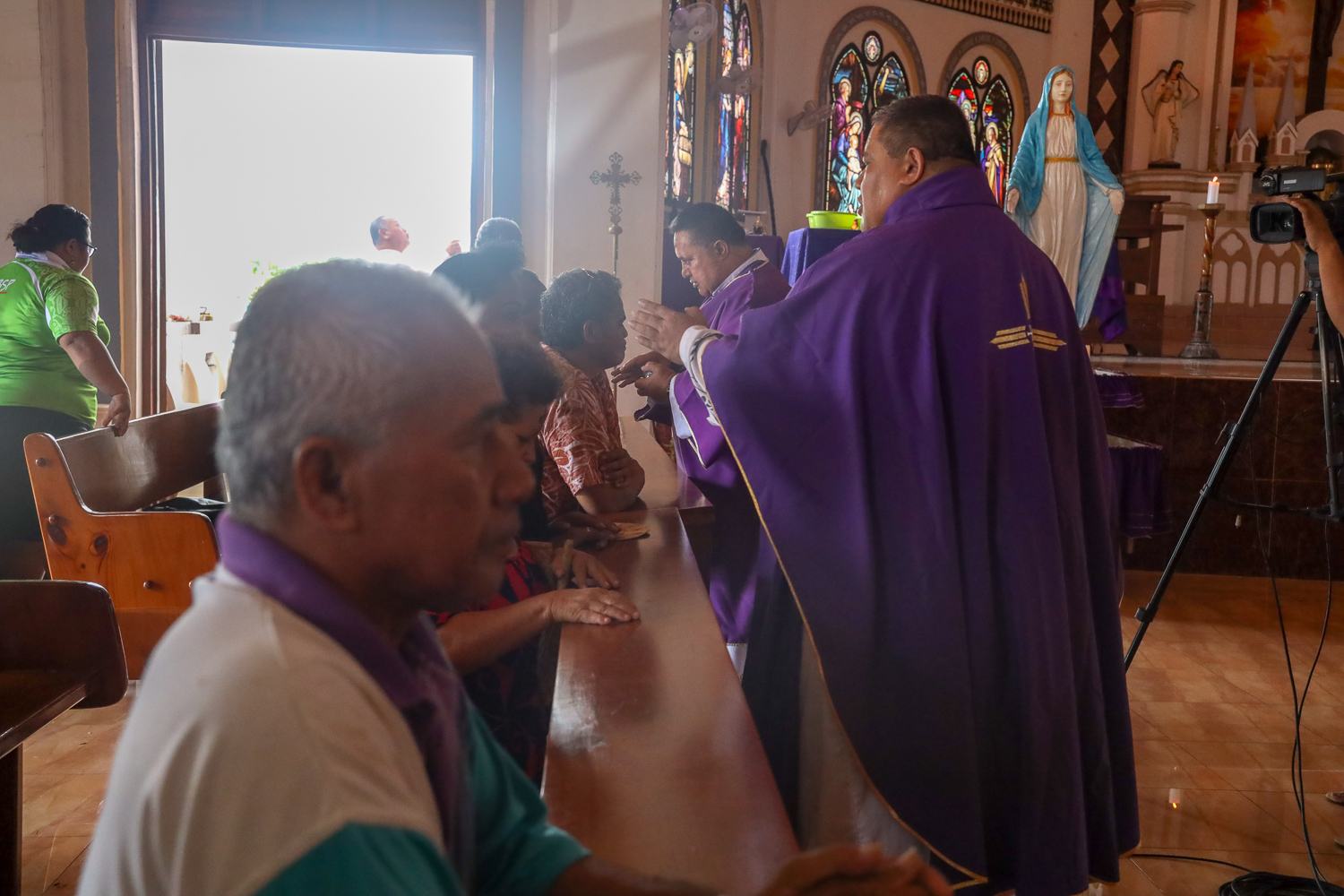 Lent is a solemn religious observance in the Christian liturgical calendar that begins on Ash Wednesday and ends six weeks later on Holy Thursday, which is a memorial of the Lord's Supper on the Thursday of holy week before Easter Sunday.

Pope Francis, the religious head of the Catholic Church based in the Vatican City, released a message on February 24 to coincide with Ash Wednesday celebrations.

The Pope said Lent is a time for deeper dialogue with God through prayer, for renewed gratitude for God's mercy and for increased compassion for people whose lives are under attack.

Also, people must not only show generosity through charitable giving, but they should also work for a real structural change to today's "economic life," the pope said in his annual message for Lent.