A close friend of accused Herman Westerlund described how their close friendship ended after an incident at the Marina that caused the death of Malaki Jeremiah Tauiliili.

Wesley Te’o was the first witness to give evidence on Tuesday in the trial of Westerlund and Suapaina Savai’inaea, who are facing charges of reckless intent in committing Malaki's murder and alternative charges of manslaughter.

Westerlund and Suapaina Savai’inaea have pleaded not guilty.

In his evidence, Te’o said he was "good friends" with Westerlund prior to the incident.

“We are no longer friends,” said Te’o when he was asked by the defence lawyer of how he describes his friendship with Westerlund after the death of Malaki.

Te’o said on the day of the incident he was invited by Westerlund to attend his matai title bestowment at Lauli’i.

He returned to work after that. 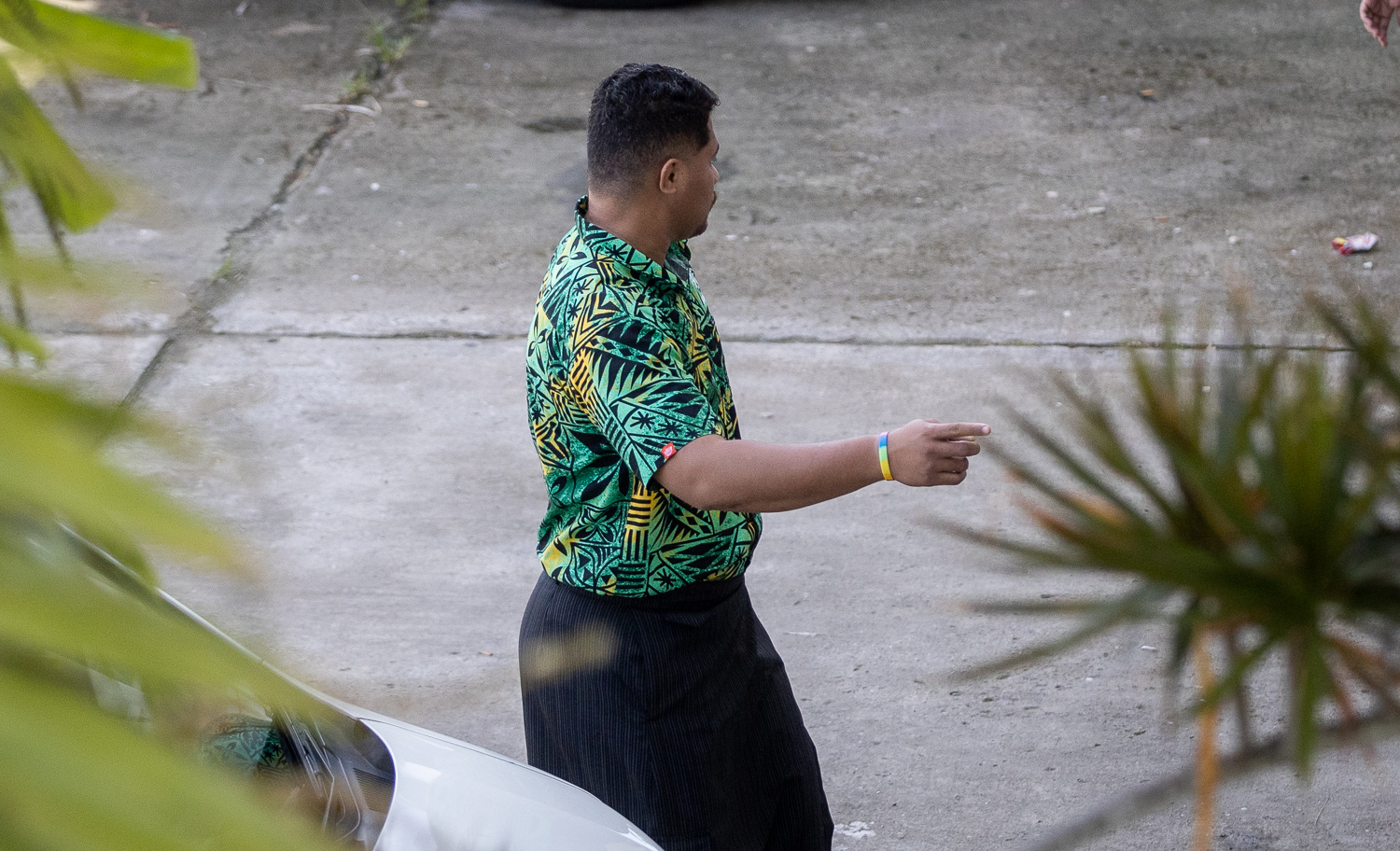 Te’o told the Court he was sober and so was Westerlund at the time they arrived at Marina.

The men were at Taumeasina and at the Taula office in Tufuiopa earlier on.

The witness said while he went to buy beer from the bar in the Marina Glass Lounge, he saw Malaki walking up to Herman.

He has not seen Malaki before until that night.

“I heard them discussing the [matai] title Sulamanaia,” said Teo.

“I got the impression that Malaki didn’t like Herman taking the title [Sulamanaia]. It seemed like they were in dispute.”

Malaki’s father is the Member of Parliament for Vaimauga Sisifo, Sulamanaia Tauiliili Tuivasa.

Te’o said while Malaki and Herman were talking, he was having a conversation with other people not far from the pair.

He recalled that before he walked off to buy more bottles of Taula for him and Herman, he had asked Malaki if something happened.

“He said no,” said the witness.

“I then told him that we are just there to have a good time. Then I walked off to get our bottles.”

Te’o said at this time his back was turned towards another patron in the facility, Rob Ash, while Herman and Malaki were on his right side.

“I was standing in front of the ladies room and then Malaki fell down; he got punched by Rob,” said Te’o.

“Malaki stood up and he wanted to fight [Rob]. Herman then approached Malaki and tried to take him outside but it was hard to restrain him.” 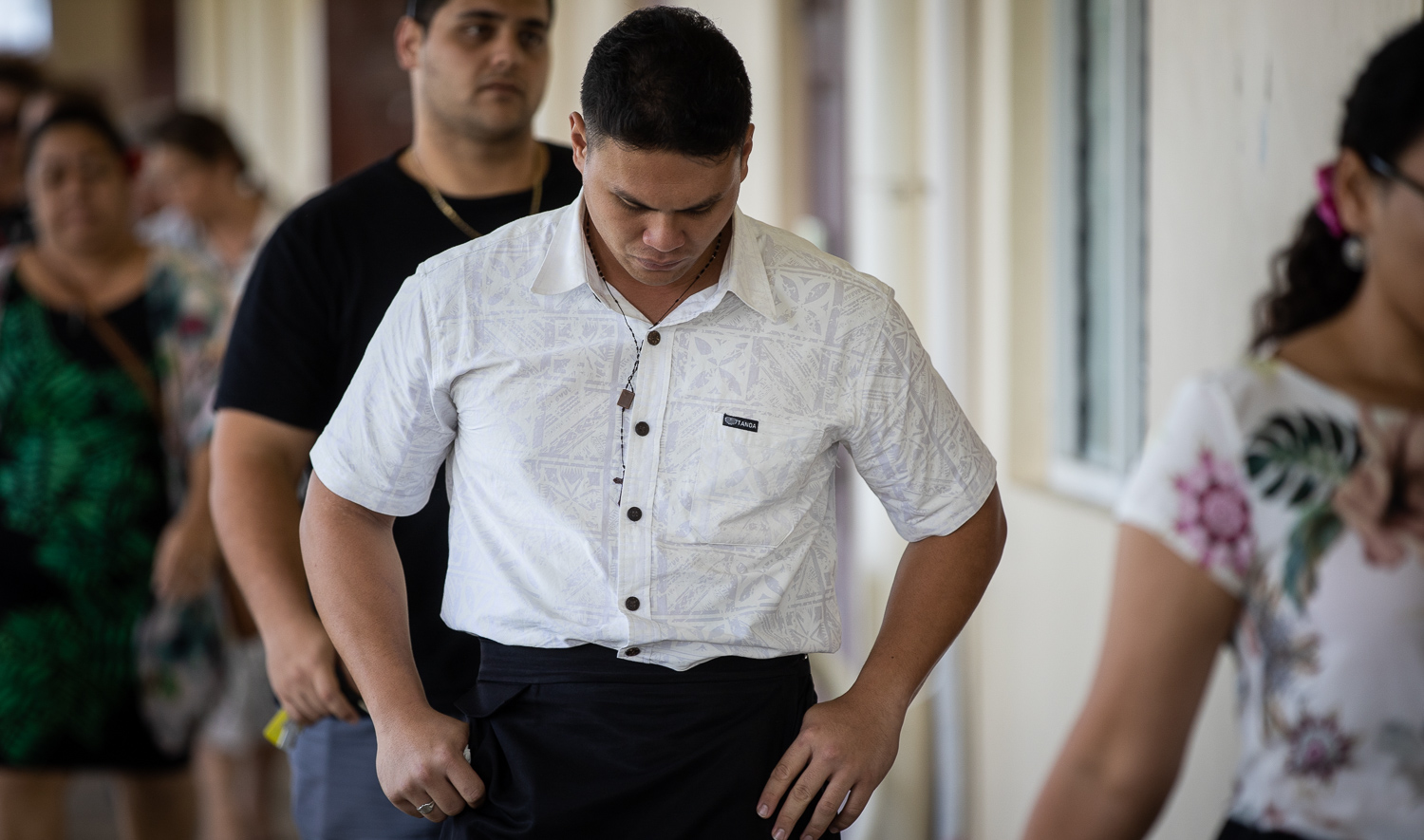 According to the witness, his cousin named Leo Brown who was also present at the night, told him not to get involved.

“Herman had held Malaki’s right hand and I held on his left hand,” he said.

“When I turned to look at Leo Brown I heard an echoed sound. It was like a rock dropped on the floor [it was Malaki].”

Te’o said it was then that he turned around and saw Herman and Malaki on the floor.

He told the Court he had tried to pull Herman back before he again threw one more punch on Malaki.

After this, the witness said they left the venue.

During cross-examination, Queen's Counsel Aaron Perkins asked the witness if he had heard Herman telling Malaki on the night: 'Brother, don’t be like that'.

He also queried the witness if sometime on the night had he got into a fight with Malaki.

Again, the witness said no.

Furthermore, he asked if Herman was on top of Malaki when they fell down. 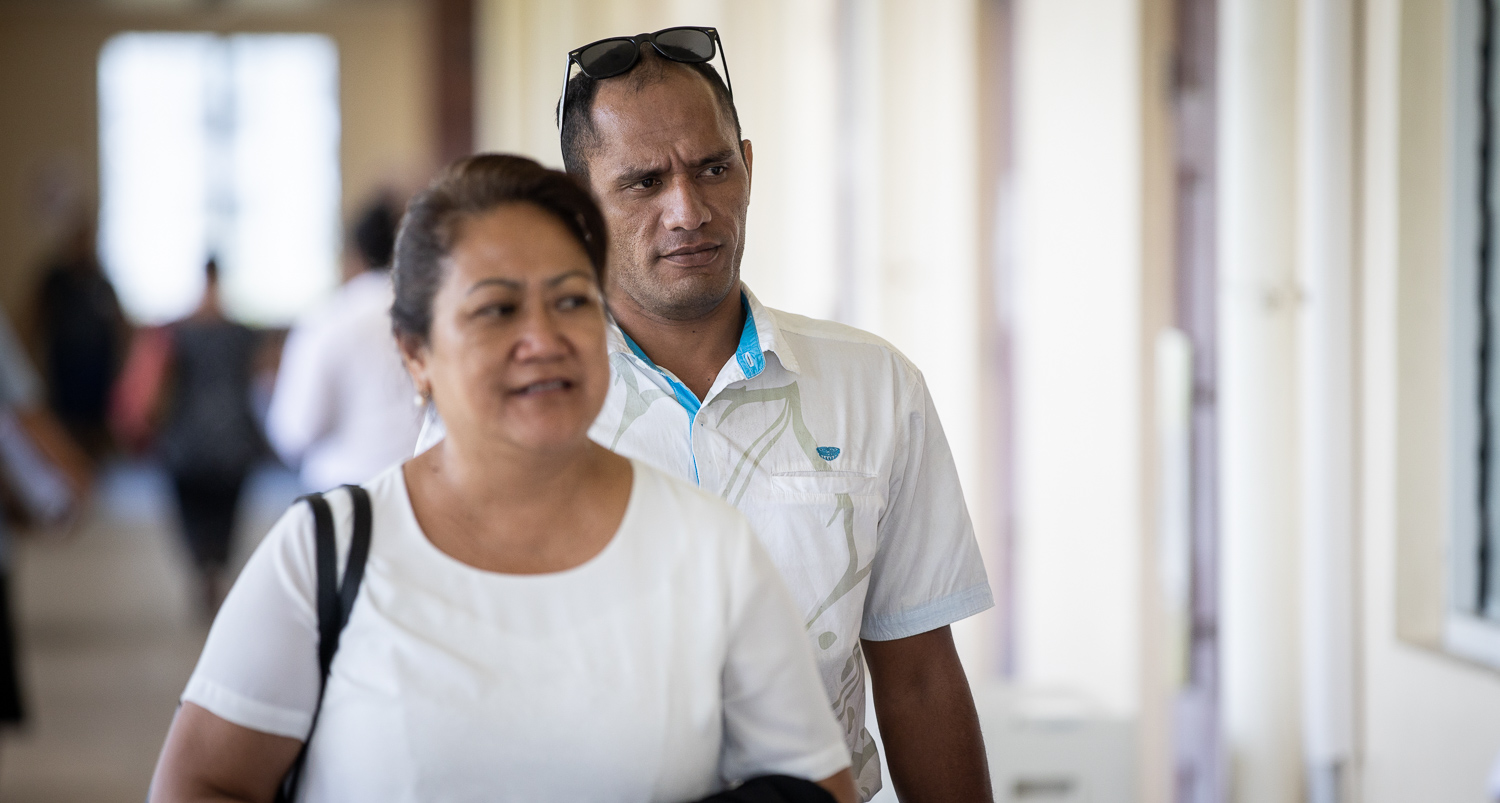 “No, Malaki was lying on the ground with his face up and Herman fell on his side,” he said.

“He wasn’t on top of Malaki. But Herman got up and threw a single punch while I was trying to hold him back.”

Savai’inaea’s lawyer, Leiataualesa Jerry Brunt, then asked the witness if he knew a man wearing a white hat on the night of the incident.

A photo was shown to Te’o who said he did not know the person.

In Puleiata Samuelu’s evidence, he claimed that the person who was wearing a white hat was Savai’inaea.

He said the man in the hat had kicked Malaki in the head before walking off.

The second witness to give evidence on Tuesday was Anette Tamasese of Tufuiopa.

The 27-year-old said she saw people yelling whom she identified as Ash and Malaki.

She said she saw people including Herman pushing Malaki away from Ash.

According to Ms. Tamasese she then saw Herman punching Malaki on the face and led to the men falling on the ground.

“When Malaki fell on the floor I heard his head hitting the floor,” she said.

She said she did not see it but she heard a sound when Malaki’s head landed the floor.

“Herman threw the second punch on Malaki before he walked out. Malaki was unconscious.”

Ms. Tamasese added that people tried to wake up Malaki who was still on the floor unconscious. 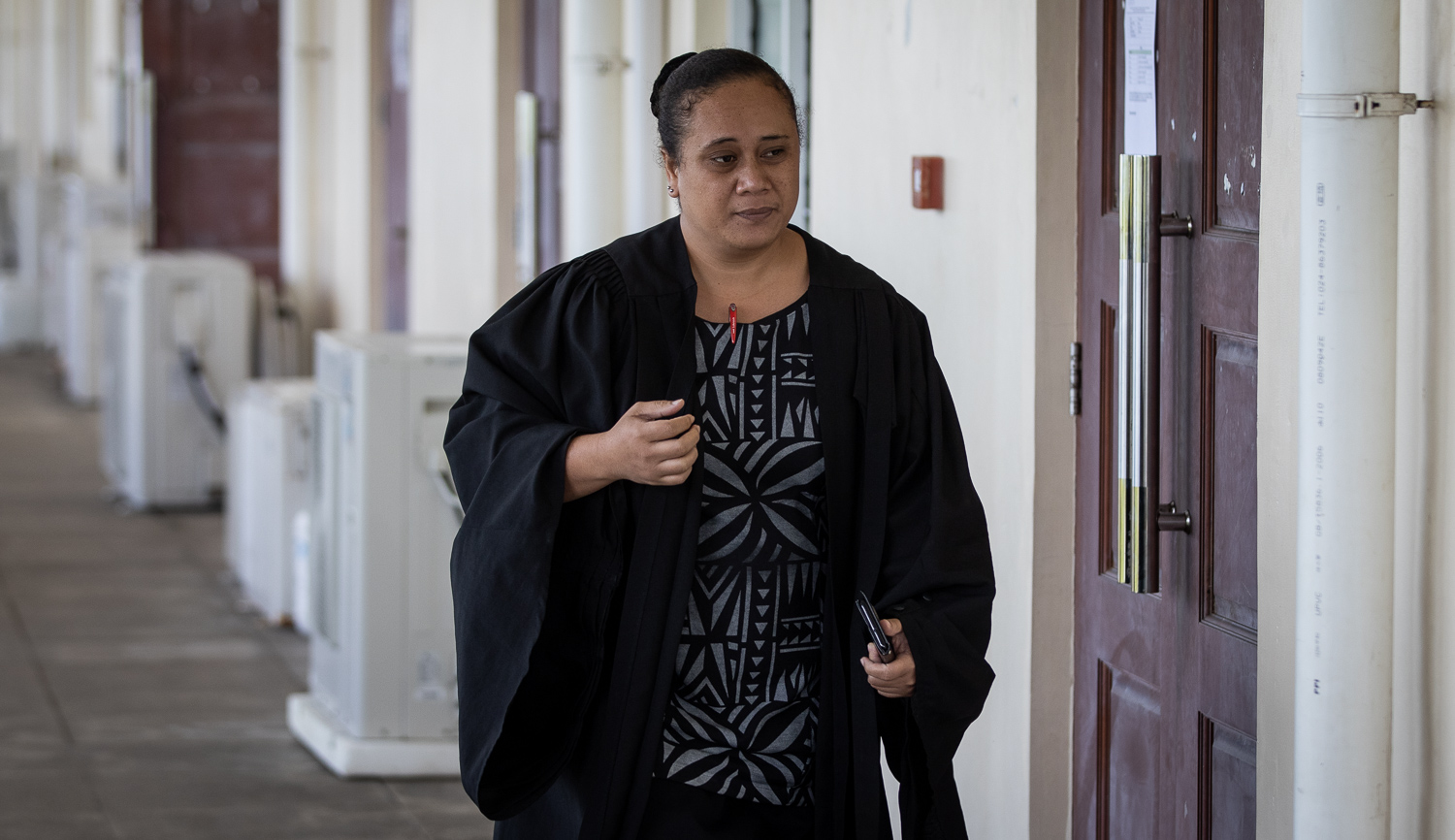 As for Savai’inaea, the witness said she does not know his name but knows that he was the man that kicked Malaki’s head.

“Malaki’s phone was on the floor and I tried to pick it up but a man came and picked up,” she said.

“[The same man] He kicked Malaki’s head before he walked off and someone else came and asked that guy who he was and why he did that.”

The witness said she recognises Savai’inaea from Apia and often sees him out clubbing.

Ms. Tamasese said she left with her friends before the ambulance arrived.

The hearing continues on Wednesday with the prosecution expecting to call more than 30 witnesses.

The witnesses include people who were at the Glass Lounge, Marina, on the night of the incident, employees of the bar, Police Officers and medical doctors.

Justice Mata Keli Tuatagaloa is presiding over the trial, which is scheduled for two weeks.

Westerlund is being represented by Q.C. Perkins and Muriel Lui. 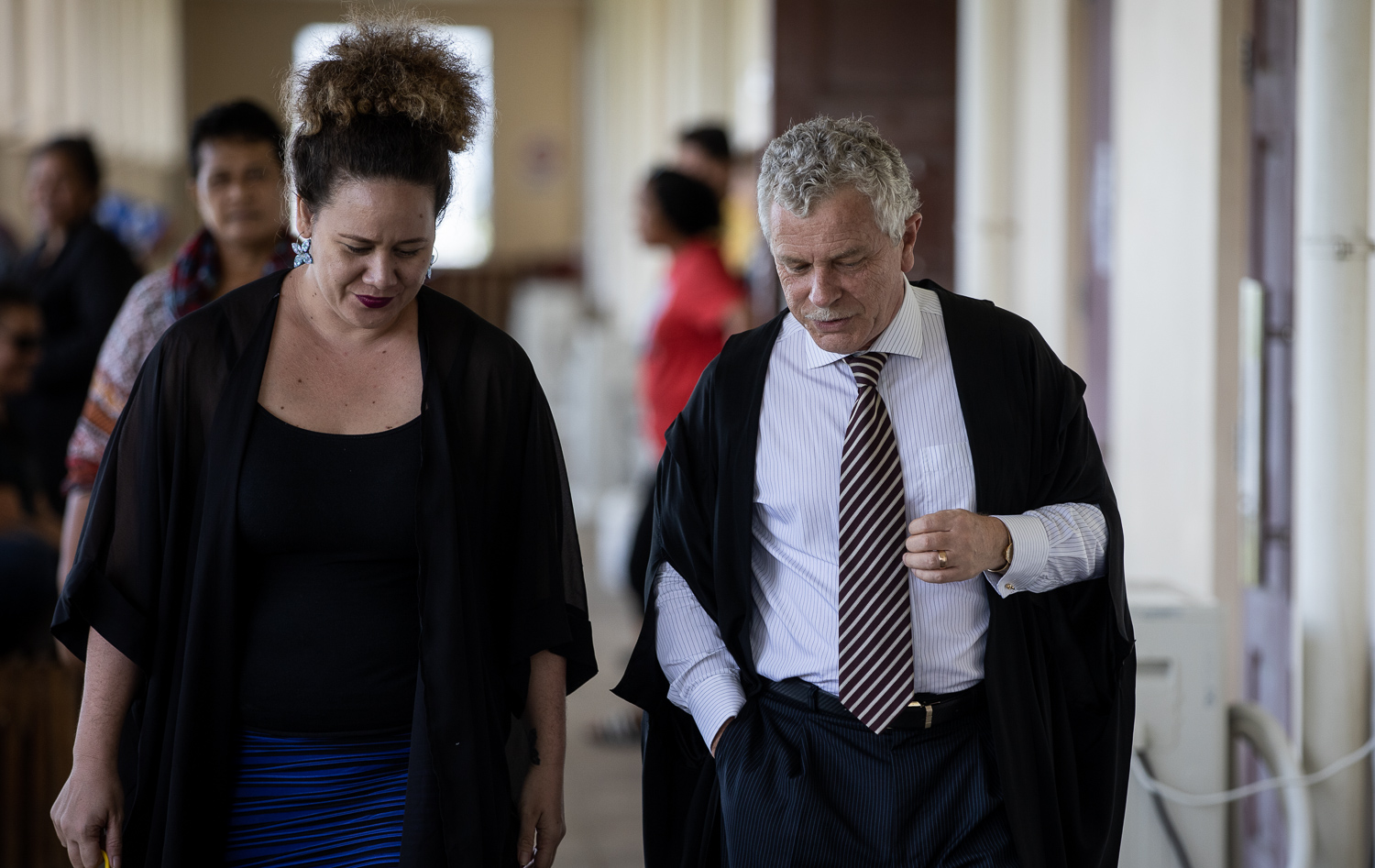