The eight Samoan nationals who were deported to be quarantined in Fiji upon arrival early this month are home at last.

The group was greeted with open arms and smiles by their spouses, children and parents once they exited the doors of Faleolo Airport's international arrivals hall.

Willy Nafo’i, the father of the youngest of the group, clocked out early from work to greet his his wife, Eteuini, and 3-year-old son, Lafi at the airport.

“Just feeling really happy right now that they are finally back,” he told the Samoa Observer. 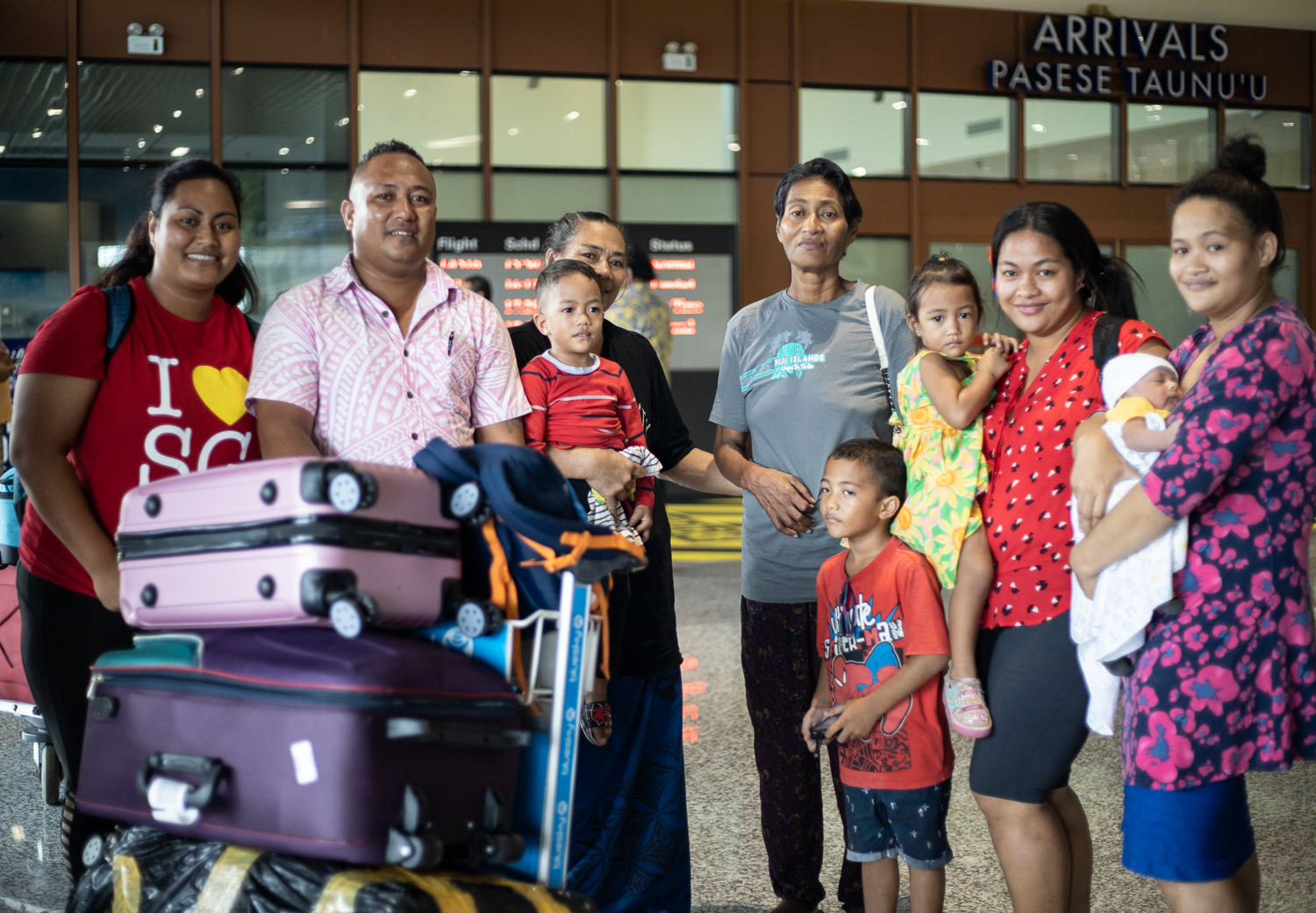 The group were initially due back in Samoa on Sunday after their 14 days of quarantine in Nadi but was turned back to Fiji again due to rough weather conditions caused by Cyclone Wasi.

“Both times, it was sad hearing that my wife and son won’t be coming out of those doors, especially after coming all the way here, with petrol and time waiting only to be told that,” he said.

“But now, we can only thank God for his guidance and his protection over them while they were away.

“We’re so happy they’re back.”

Mrs. Nafo’i told the Samoa Observer that their first arrival was “very disappointing”.

However, the hospitality they experienced in Fiji “filled in the void” they had experienced with being deported from their own home country, she said.

"I was so happy to see my youngest as the first one running to come greet us. I have been dying to see my baby," said Mrs. Nafo'i.

Despite their situation, she thanked the Government for the overseas health scheme which had enabled her son to be treated in India for a rare disease that affected his internal organs. Upon return from treatment in India the group transited home via Singapore, a country that had been added to a coronavirus quarantine blacklist.

"I'd also like to thank the Ministry of Health and the Ministry of Foreign Affairs for ensuring that our needs are met in Fiji especially when our belongings were confiscated," she said. 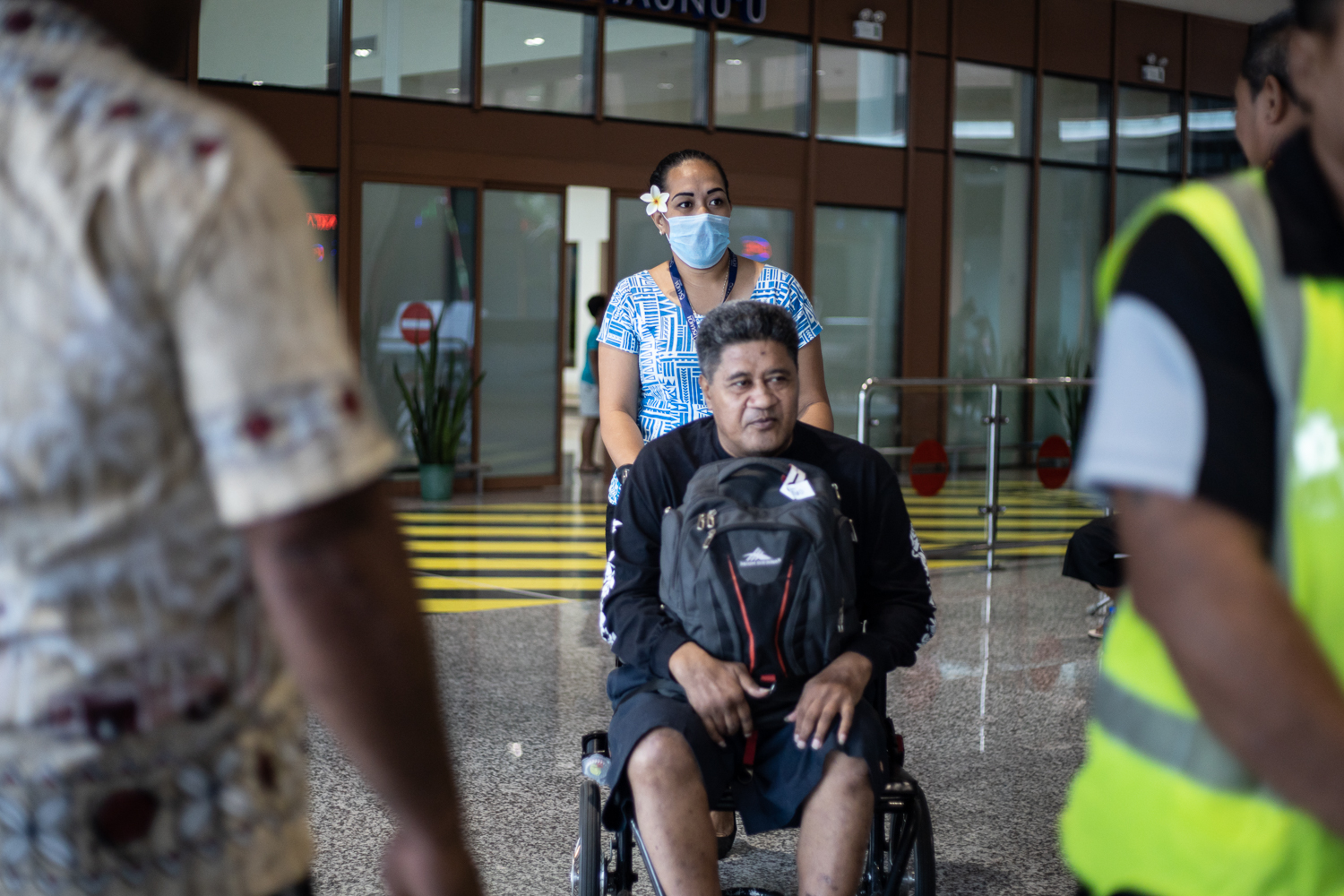 Five of the group were Samoans sick with cancer who had traveled along with three caregivers to India for medical treatment.

Happy to see his wife, Funefeai Vaifale was a bit teary as he was wheeled out of the arrival doors and into his family's arms.

“Right now, there are no words other than thanking the Lord that my husband and his uncle have made it back home safely,” said Mrs. Vaifale.

“They’ve come twice already and they were turned back both times, we were also here on Sunday, and finally we get to see them.

“Many more family members are waiting for us back home and we cannot wait to take them home.”

The Samoan citizens were refused entry at the Faleolo International Airport and sent back to Fiji after it was discovered they had transited home through Singapore, a country which had just been added to a Government quarantine blacklist.

The deported group had been residing at the Grand Melanesian Hotel in Nadi.

Under new measures, Samoans and non-Samoans alike will be refused entry without a two-week period of quarantine in a country without coronavirus cases and a medical certification.

Japan, Singapore, Thailand, Mainland China, Hong Kong, South Korea and Macau are on the list of countries from which travelers are prevented from arriving without 14 days self-quarantine in a country without the virus first.