Lovers of Korean food now have ready access to the most basic staples of its rich cuisine: the humble fermented cabbage dish called Kimchi is now for sale out of a little kitchen in Papauta.

Seoul Good is the three week old venture of partners Tailani Salanoa and Dave Chung, who are armed with five kilograms of spices imported from Korea and a passion for sharing their favourite topping.

Equally at home mixed into soup, rice, with barbequed meats or even a grilled cheese sandwich, kimchi is Mr. Chung’s comfort food when he is missing his mother’s cooking.

Mr. Chung, originally from Chicago is a Korean American who came to Samoa four years ago as a Peace Corp Volunteer. He is still here, and now has teamed up with Ms. Salanoa to get his mother Young Chung’s flavours into the Samoan palate.

And there appears to be a ready-to-go consumer base. In just six days, Seoul Good sold 60 jars of kimchi to excited fans of all shapes and sizes. Their first batch of 15 jars sped out of the kitchen in just three days, and their second of 45 went in the same time.

“Everything we have in the fridge is all reserved, to the point where we need a lot more jars… we had no idea the demand was so high,” Mr. Chung said.

Ms. Salanoa said when they landed in Samoa with a suitcase full of spices, even the customs official at Faleolo Airport knew without hesitation that kimchi was on the agenda.

“I’m thinking it’s this whole Korean craze that is happening,” Ms. Salanoa said. “They see it on social media or hear about it in movies. That is why I started making it!”

It's a dish that even brought the two budding chefs together. Their first date was over a kimchi and cheese toasted sandwich, they shared. 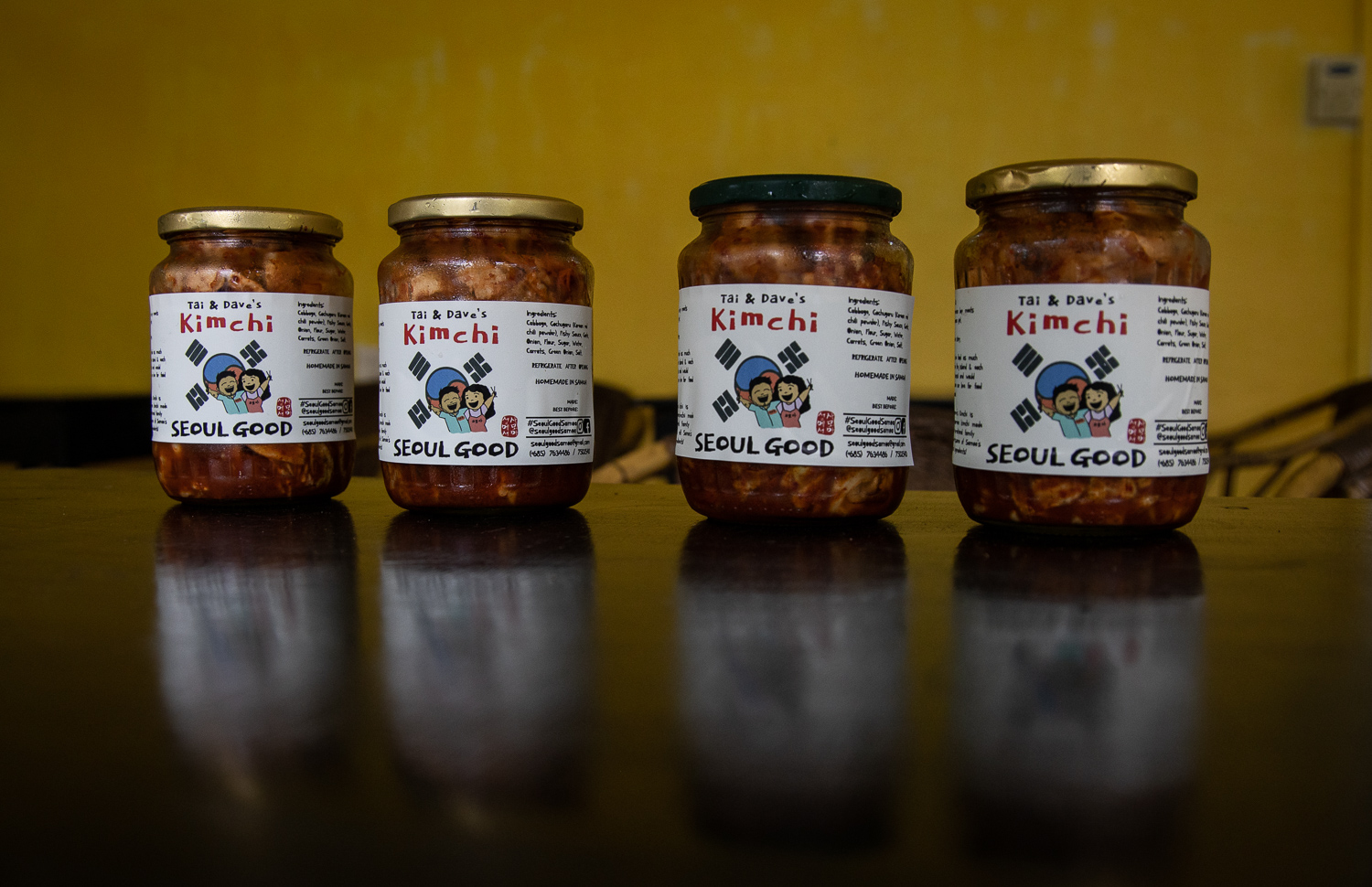 Some people lining up to buy their kimchi are learning for the first time what it really is, despite seeing the name on instant noodle packaging all over Samoa. The flavour is about right, the two agree.

“A lot of people don’t know what it is, but that’s the fun part because we get to be the ones to introduce it,” Mr. Chung said.

Kimchi is traditionally served as part of Banchan, a set of side dishes served along with the main dishes to accentuate a meal. Its fermented character balances out fatty meats and is a welcome boost of gut-friendly bacteria too.

It was traditionally fermented in clay pots buried underground, but today works its magic on the bench, or in the fridge. Its pungent smell has some, like Mr. Chung’s parents, keep their brewing batches in a separate fridge entirely.

As well as the actual kimchi, people new to the dish are encouraged to save the juices that collect in the jar for mixing into rice, soup or flavouring meats. It’s just as valuable as the kimchi, Mr. Chung said.

“I didn’t start liking kimchi until my adult years, and now especially being away from home and my mum’s cooking I start to crave it all the time.”

When the pair visited his family in Chicago, Ms. Salanoa learned first-hand from Mrs. Chung the art of measuring out spices to taste and getting the flavours just right.

“A big thing is it is such a healthy super food, it’s so good for you.  A lot of people I know have started eating it just because it is healthy,” he said.

“It’s the king of all sides in Korea. I grew up eating just kimchi, rice and maybe a fried egg. That combo is so underrated… it’s the ultimate comfort meal.”

The two hope to put on pop-up Korean dining events to showcase even more of Mr. Chung’s family favourites, and bring another Korean option to Samoa’s dining scene alongside the new barbeque restaurant in town, Mr Kim’s.

Their kimchi is available to order via their Facebook page, Seoul Good, and can be picked up from the Mailelani café and factory in Papauta. 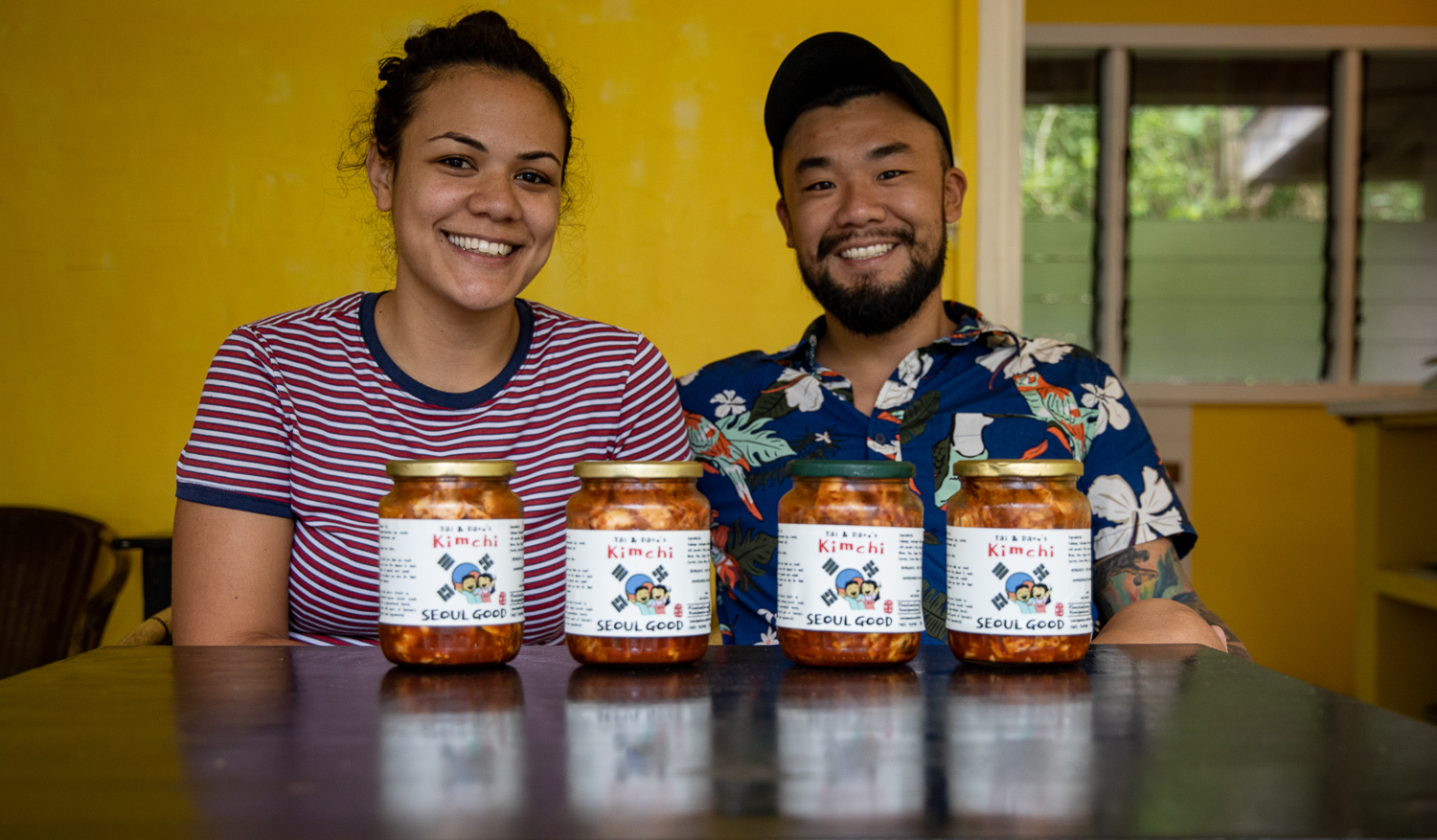