Eveni Carruthers is not taking any chances. (Photo: Vaitogi A Matafeo)

Friday's threat of a tropical depression turning to a category one cyclone drew an immediate public response, as the nation hunkered down and braced for the worst.

In Apia town centre on Friday morning, businesses went into cyclone mode with some even nailing in shutters.

The most popular form of cyclone protection employed was iron roofing and plywood timber.

On Beach Road, businesses such as Eveni Carruthers, Tanoa, Bank of the South Pacific were among the first to put up extra protections. 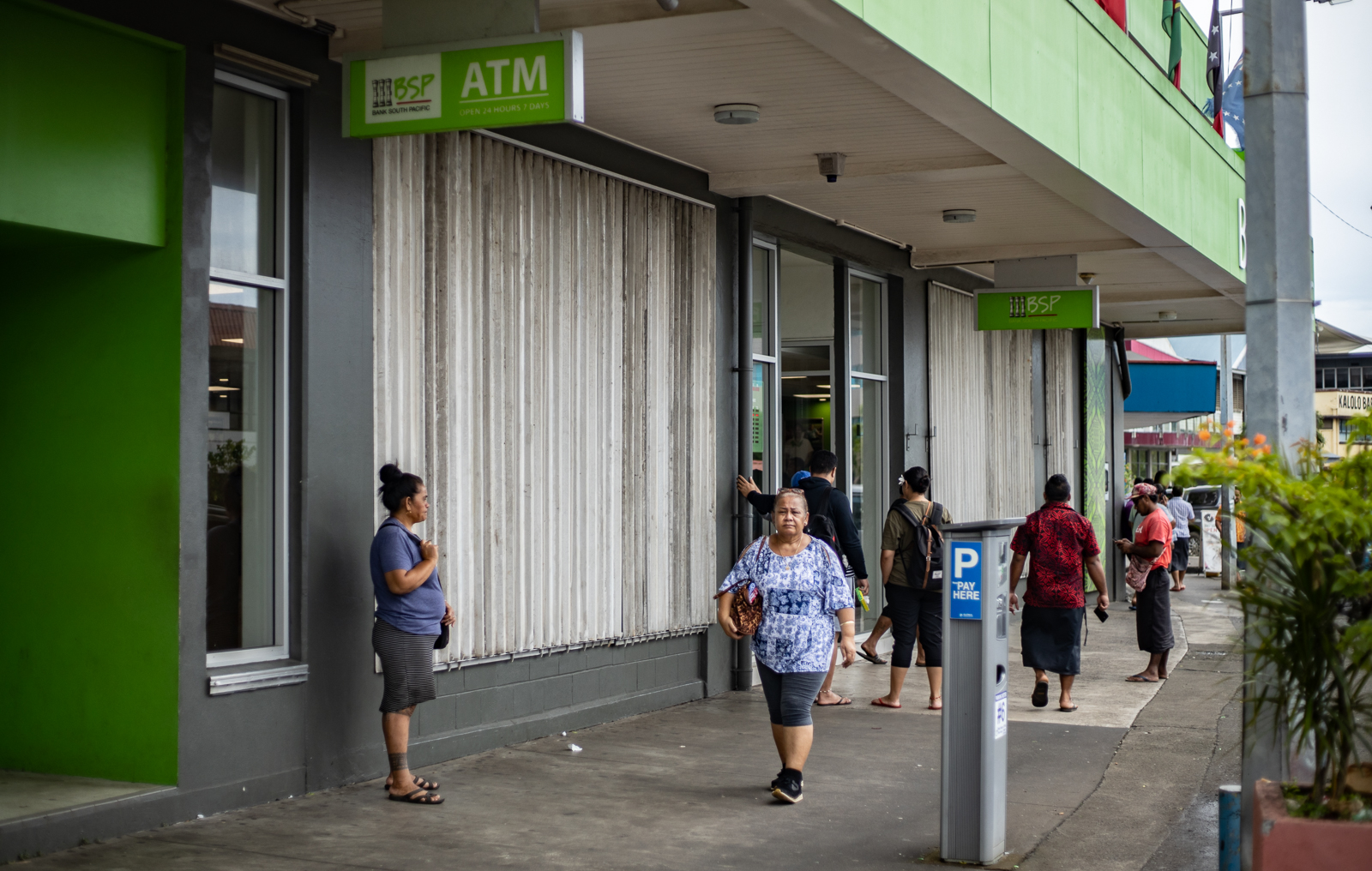 The preparations followed a night of heavy rain and strong winds on Thursday night. But predictions that Tropical Cyclone Vicky would make landfall in Samoa on Friday afternoon proved premature.

Electricity was knocked out in some parts of Samoa early Friday morning but it was immediately restored.

Schools have remained closed for four days with the nation hoping for better weather next week.