Residence trying to cross over the ford (Photo: Vaitogi A. Matafeo)

Every time there is period of heavy rain, Theresa Tulai, of Moamoa fou, worries.

She is not the only one. Hundreds of residents like her have to live with the fear of flooding blocking their access to essential services and the rest of Samoa. A ford, which is often flooded, is their only connection to the outside world.

"Every time we hear there is a cyclone or heavy rainfall coming for Samoa, we always get worked up because we know how much its going to affect us greatly," she said.

Mrs. Tulai has been living in Moamoa-fou for quite some time. She has been through several rough patches of weather and is terrified about the thought of a cyclone hitting Samoa this weekend. 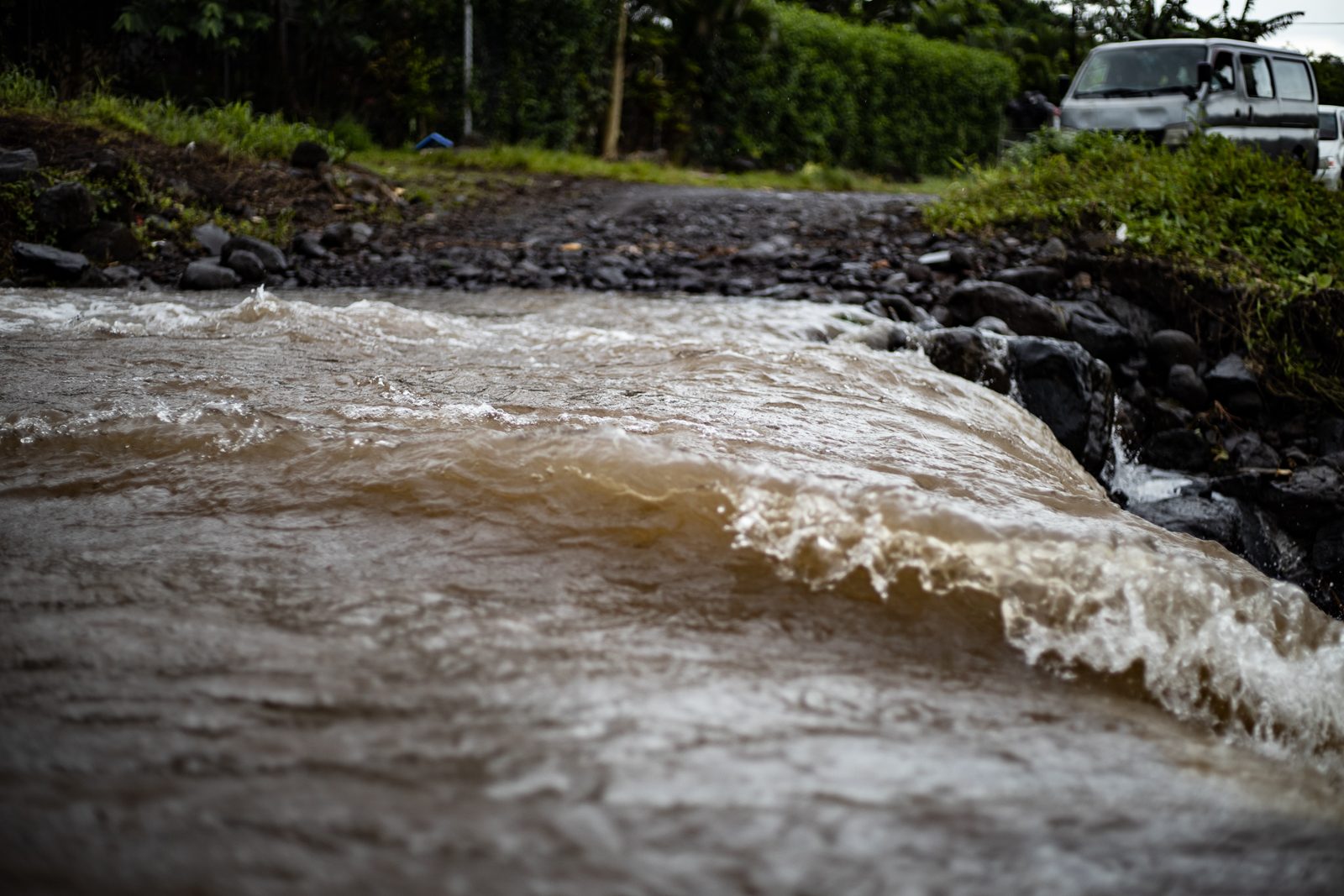 "A few of the residents here were late to work this morning because of the ford," she said.

"Cars couldn't cross over so the wooden buses were the only vehicles that could cross this dangerous ford."

When the Samoa Observer visited, the river had died down a bit,

"This ford is not a joke and we do hope that the Government will do something about it, it is for our safety anyways. Some families who have cars are okay in some way but for us who are walking it is not safe at all," she added.

She says they fear for their lives every time they try to cross the ford during flooding.

"Our village mayor has considered asking the Government for assistance, especially when school starts again. When heavy rainfall hits Samoa, we fear for our children," she said. 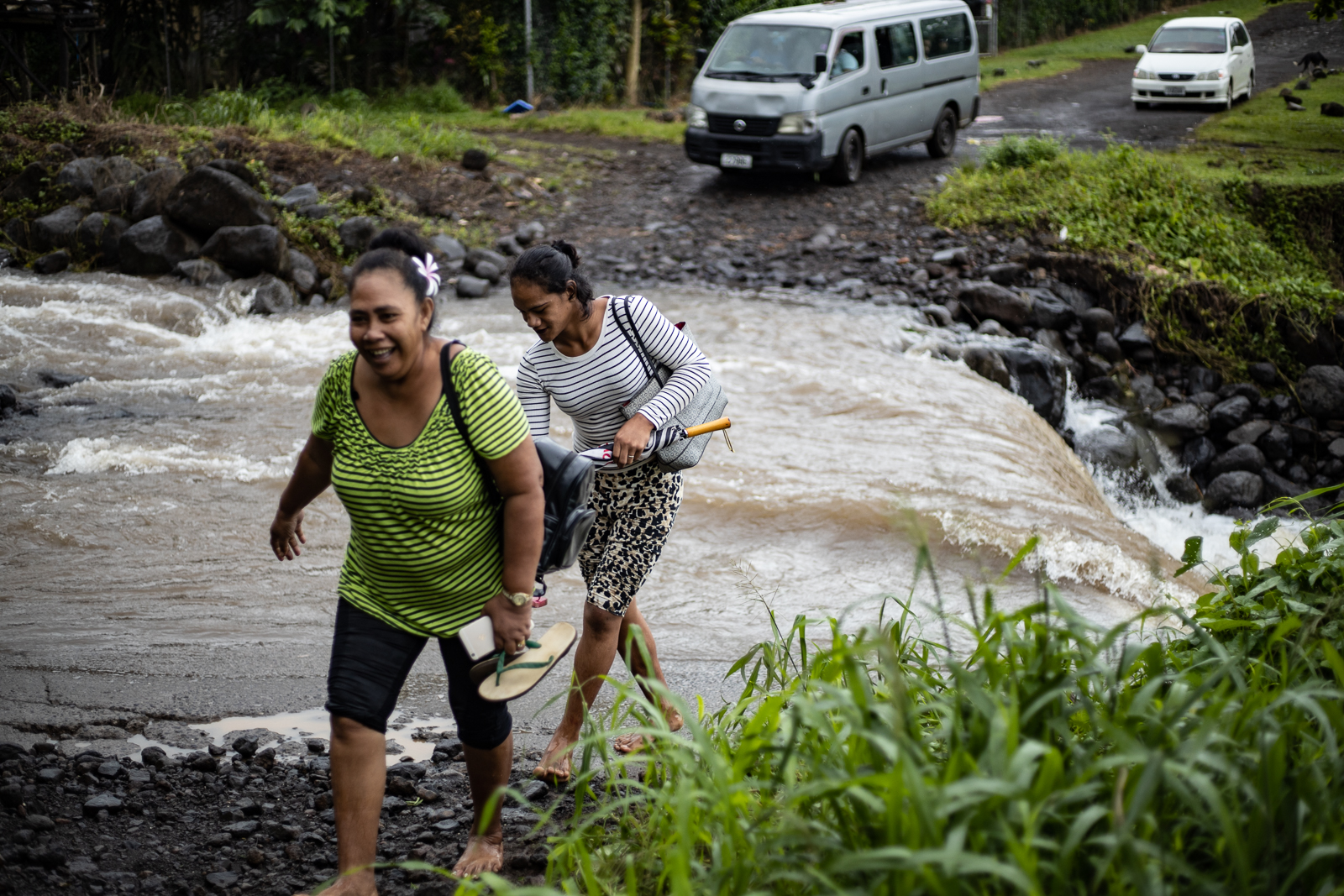 The ford at Moamoa-fou is different from the one on the main road, connecting Moamoa to Apia.