Lance Savali, also not a stranger to performing on the global stage, performed alongside Jennifer Lopez in the highly stylised show. (Photo: NFL.com)

Kansas City Chiefs quarterback Patrick Mahomes may have officially been named the best player at this month’s Superbowl.

But a Samoan choreographer, Parris Goebel, was named by the New York Times as the Most Valuable Player at the event's half-time show.

The 28-year-old woman is no stranger to the international stage. She choreographed what she described as the assignment of her life for Jennifer Lopez but has worked with the pop star and many others for nearly a decade.

The halftime show went for 13 minutes and broadcast to billions of people around the world. Goebel knew there was no room for error.

The New York Times interviewed her a week after the Superbowl while she was in New York for Fashion Week.

Lopez was the first big international artist to give Goebel a chance while she was still in New Zealand at 19-years-old.

"I really wanted to put together a great show, because if it wasn’t for her, I wouldn’t be where I am today. There was a lot of emotional depth in this job for me," she said.

Goebel said Lopez aimed to have as many Latino dancers as possible to make up the group of dancers that took the stage as soon as the San Francisco 49ers and Kansas City Chiefs left the field at the end of the second quarter.

A lot of collaborative effort went into the selection process but in the end, she called them her dream team.

Another Samoan dancer, Lance Savali, was part of their number. 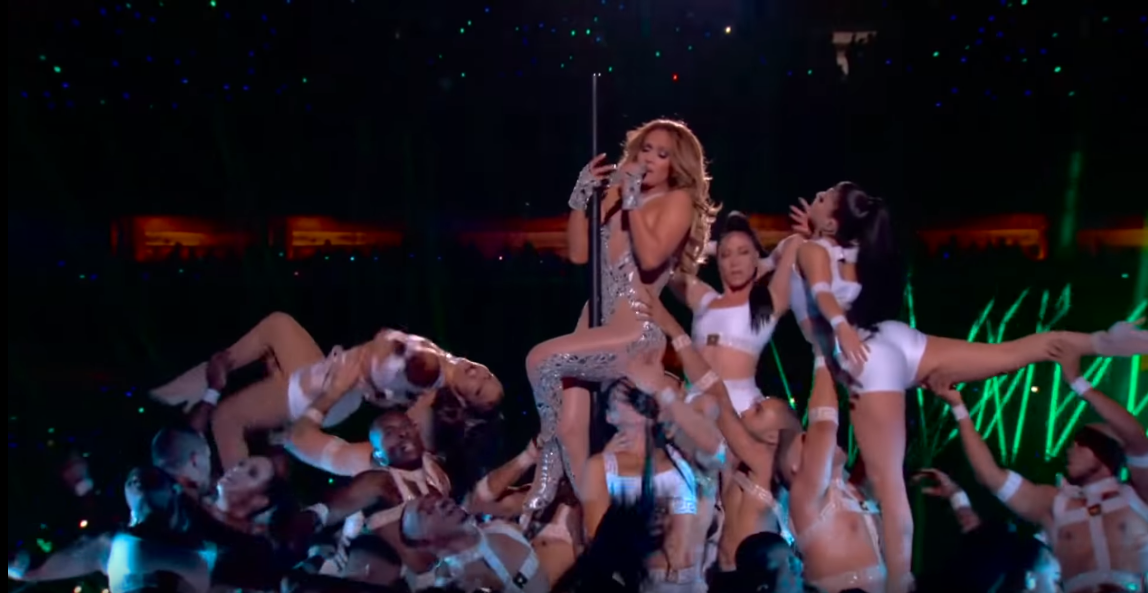 "Mic drops" have become performers' preferred dramatic exit, but Savali is known for his mic catch; he effortlessly caught her lob of the mic from centre-stage during the heat of their show.

Goebel said preparations for the show started three months before the Super Bowl:

"We began in New York with a really small team. We got to the meat of the show when we started training in Miami. By then we had about 20 guys and 20 girls, and we’d do six days on, then a day off, nine-hour days.

"The halftime stage is put together in five minutes. The show lasts for around 13 minutes, with Shakira and J. Lo getting around 6 minutes each. There are endless moving parts, and it’s lightning-fast."

Even a month from the event and with a good idea of what they wanted to achieve, much was still being improvised, she told the Times.

Asked about Lopez's performance at Superbowl, Goebel said people may have not have appreciated the degree of athleticism it required.

"She could do the choreography straight away, but you have to build your stamina to make it look easy. She makes it look so effortless, it just shows you that she’s a true entertainer.

"Every time our dancers would run it, it’s at one hundred percent. You’re performing, you’re pushing your body. They get sore, they had injuries, all of the things that athletes also experience."