The defendants in the civil claim before the Supreme Court. (Photo: Aufai Areta Areta)

The hearing of a request for an eviction order by the Minister of Justice and Courts Administration, Fa’aolesa Katopau Ainu’u, and others, against residents who have been occupying land at Tufuiopa for years has started.

Fealofani Soliula, who is currently living in New Zealand testified in a civil claim filed by Fa’aolesa and Te’o Faitele Afamasaga to remove the family living on the Tufuiopa land.

Soliula told the Supreme Court this week the respondents are his nieces and nephews. The witness said his relatives were allowed to reside on the land when his late father, Pili Suiula, gave permission for his sister, Vaasa and children to reside at Tufuiopa together with his family.

He recalled that the land was originally gifted to his father by Taase Ainu’u II of Leufisa. Soliula confirmed in Court an exhibit that claims the Tufuiopa land belongs to his family forever.

But Justice Tafaoimalo Leilani Tuala – Warren asked him what he thought about Minister Faaolesa and other plaintiff’s decision to evict people who are living on the land.

“If that is what needs to be done so be it,” said Suiula.

“If their generation had been good then it wouldn’t have ended up in Court. It's quite clear that Taase Ainuu gifted the land to my father and its for life.” 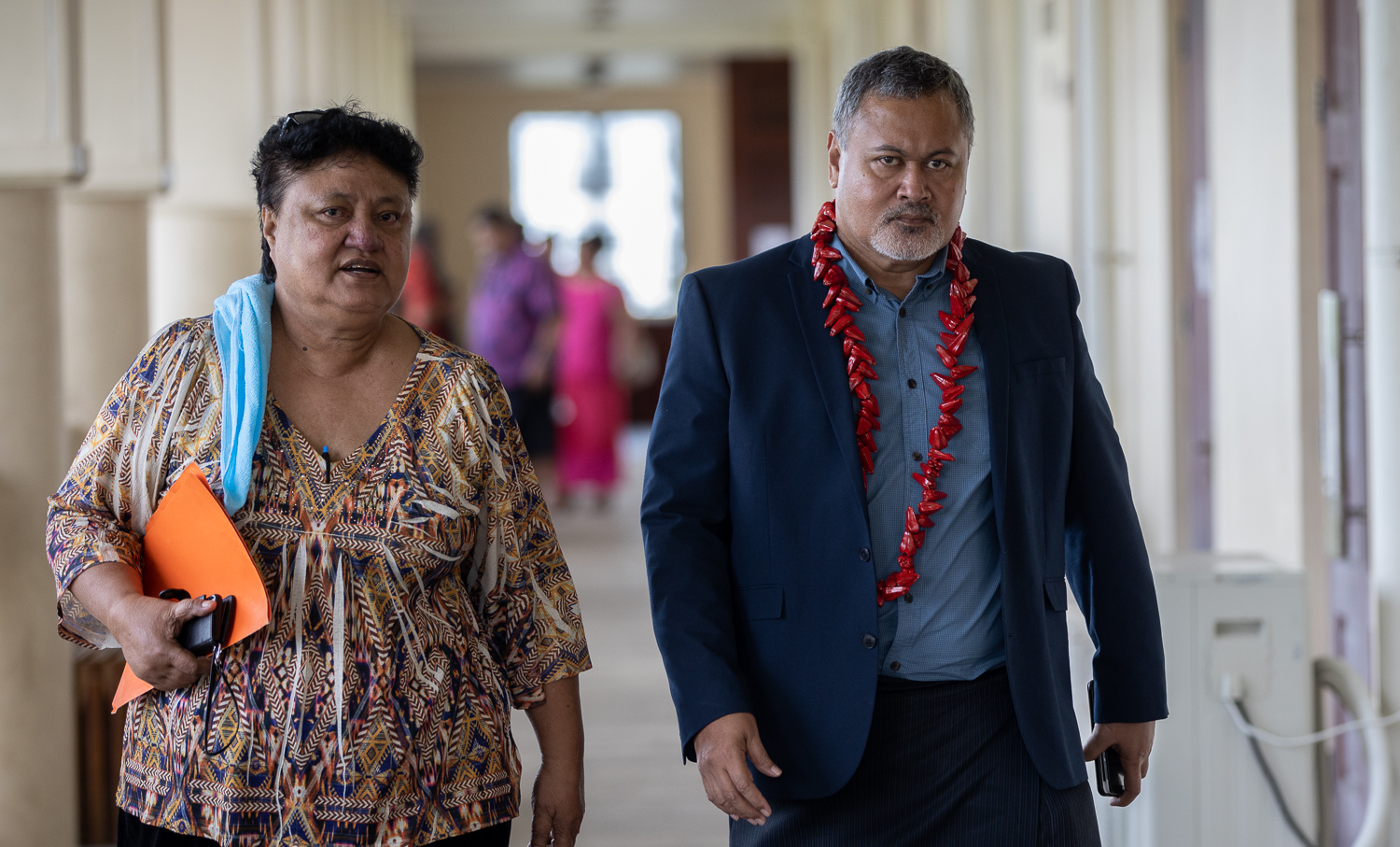 Ta'ase Ainuu is claimed to be the ancestors of the plaintiff in the case.

The witness told the Court that his relatives who are living on the disputed freehold land in Tufuiopa are children of his father’s sister.

He recalled that sometime after Samoa’s Independence in 1962, his father’s sister, Va’asa and her children were looking for a place to relocate to in town.

Soliula said his father then agreed for them to live on their family land in Tufuiopa.

“The house was extended so that Va’asa and her children can reside with us,” he said.  “It was my father’s love that led to his sister and children being allowed to live with us in Tufuiopa.”

One of the family members being asked to leave, Aiono, also gave evidence.

In her evidence, Aiono said her father had told them that the land they currently occupy belongs to them.

She denied a claim from Soliula that his father had given permission for them to live on the disputed land.

She testified that Soliula’s father could not have given permission for her mother and father to reside on the land because they are older than him.

Furthermore she told the Court that the title Ainu’u is not on the land registry and therefore have no right on the disputed land.

According to a statement of claim, the assets of the Estates contain a freehold land Lot 862, Plan 4346 at Tufuiopa named Punapuna.

It alleges the Justice Minister’s parents gave permission to the defendants' parents to occupy the land pursuant to the plaintiff’s parent’s permission.

Furthermore, it cited a letter dated 12 May 2017 from the solicitors of the Minister advising the defendants to vacate and remove all their belongings from the land within 30 days from the date of delivery of the letter.

The letter was received by all the defendants individually on or about 23 May 2017.

They have not vacated the land as requested by the plaintiffs and had continued to occupy the land.

Fa’aolesa is seeking an order of possession in favour of the plaintiffs, costs of the legal action and other relief that the Court may deem appropriate.

Update: This story has been amended to correct the name of one of the parties involved in the matter.