A mother of four, who poured boiling water on her husband after she found text messages from another woman on his phone, has been jailed for a year.

Manamea Choo Koon was sentenced by Justice Tafaoimalo Leilani Tuala – Warren on Thursday. She had pleaded guilty to causing grievous bodily harm to her husband.

According to a summary of facts, on 15th September 2019 after a family outing, Mrs. Choo Koon found a text message on her husband’s phone. The Court heard that the messages was between Manamea's husband and another lady who had fallen pregnant to her husband.

While her husband was sleeping, the accused put on the kettle and proceeded to pour boiled water on his body.

The 30-year-old then walked away while her husband was crying out in pain and their children were crying.

Her brother arrived some time later and took the victim to the hospital.

The Court was told that the victim suffered burns to the back of his head, both arms, his back, chest and stomach.

In a victim’s impact report, the husband said it took two months to heal his wounds and he felt pain for two weeks.

“He could not lie down for a week,” states the report.

“He says that he did feel anger and that the accused should have spoken to him first so that they could sort out the issues. He says he feels sad that his relationship with his children has been affected. He confirms the reconciliation between him and his wife, and between their families.”

Furthermore, Justice Tafaoimalo said the husband has forgiven the accused and had written to seek the Court’s leniency towards his wife.

“He is concerned about his daughters and the impact on them if their mother is imprisoned,” she said. 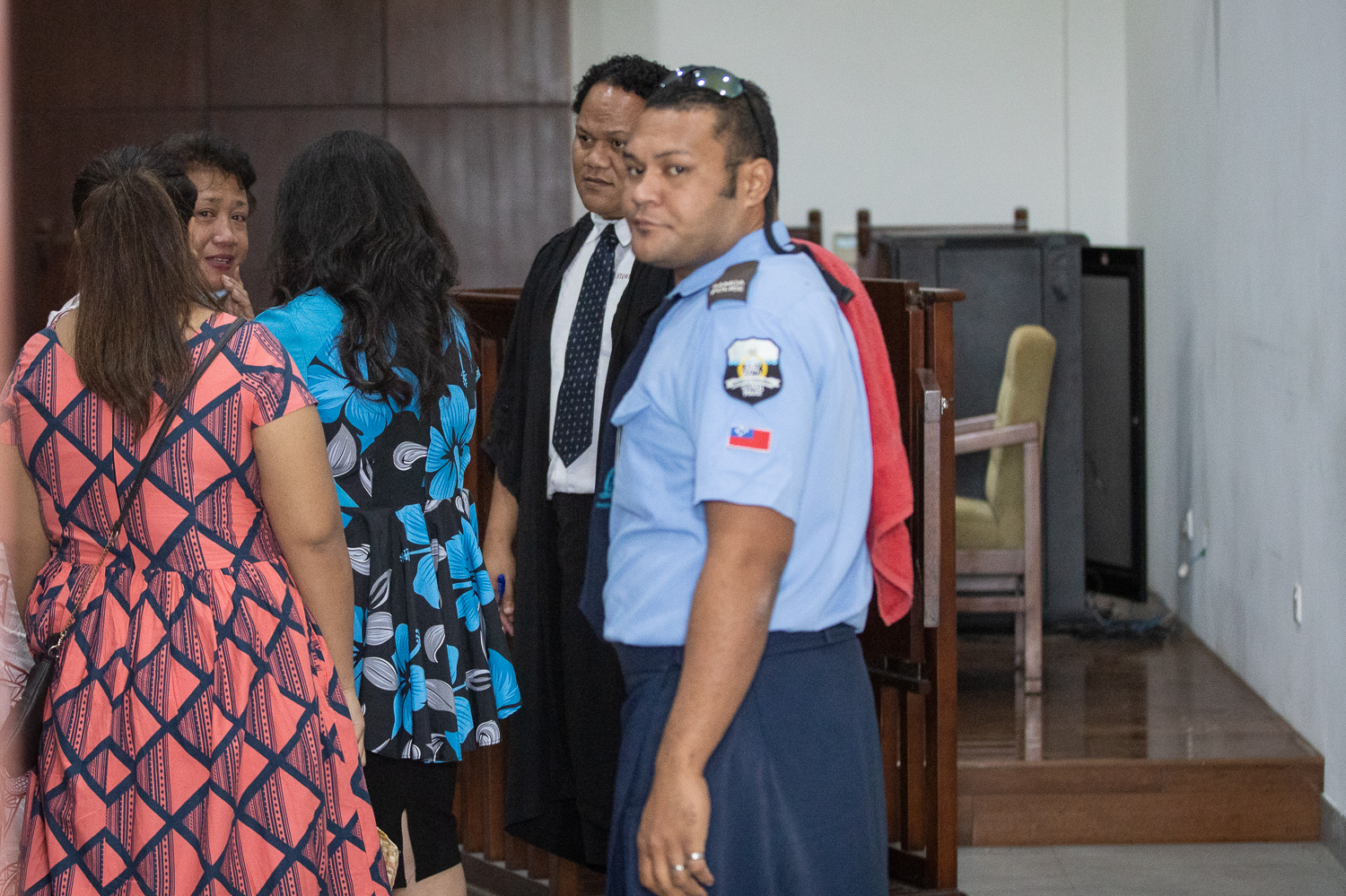 In handing down the 12 months imprisonment term, Justice Tafaoimalo said Mrs. Choo Koon’s children are also victims of her offending.

“Upon your release from prison, perhaps you will need to work on regaining their trust and reducing the traumatic impacts of seeing their father injured, by your actions,” she said.

“Unfortunately, they will suffer as a result of this sentencing as their mother will now be away from them.”

The Judge took five years as a starting point for sentencing and deducting 4 years for the accused’s prior good character, being a first offender and her genuine remorse.

In considering the sentence, Justice Tafaoimalo said the case is a domestic assault by the accused on her spouse.

“I do not find that her offending was impulsive because it took time to boil water suggesting premeditation,” she pointed out.

“The victim was vulnerable, being asleep and therefore unable to defend himself.

“She did not offer any assistance to the injured and crying victim who was begging for help.

“Her children were also crying upon seeing their father running around and begging for help.”

The Judge labeled the offence as a domestic assault bordering on a malicious attack.

In reference to the photographs of the extensive injuries on the victim, she said it was horrendous and the victim would have experienced agonising pain.

“It is important that this sentence is a deterrent sentence,” she said.

“Whether the domestic assault is committed by a male or a female upon their spouse, they will be judged according to the seriousness of their offending, and allowances will then be made for their particular personal circumstances as is appropriate in each case.

“The reason is that violence is not the acceptable way to address marital problems.”

The Court heard that the defence lawyer Alex Sua had stressed the psychological impacts caused by marital problems on the accused.

Justice Tafaoimalo said while she acknowledge that perhaps there were many marital problems caused by distrust within the marriage, the Court will not condone a violent response to marital problems.

“Marital problems are not an excuse for domestic assault,” she said.

“Defence counsel has made a couple of submissions which I deem inappropriate.

“They are that the accused’s offending “was a natural response from a woman scorned”, and “that no reasonable woman in their right state of mind, would not violently react to this”.

“If the Court accepts such submissions, we are condoning the use of violence by women in responses to marital problems. “

The Judge suggested there are other avenues that can be used to address such problems and the Court encourages non-violent ways of addressing marital problems.

The accused is 30 years old and married with 4 children aged between 3 and 12 years.

She is a stay at home mother and had completed her education after Year 12.

Mrs. Choo Koon and her relatives were in tears as police officers took her to serve her time in prison.