A businessman who was allegedly assaulted by a Ministry of Agriculture and Fisheries (M.A.F.) senior official says he was punched twice and also blacked out.

Lupeomanu, who is represented by lawyer Aumua Ming Leung Wai, has pleaded not guilty to one count of assault on Papali’i.

The defendant has been suspended since the incident.

In his evidence, Papali’i denied being rude in the meeting that was chaired by M.A.F. Chief Executive Officer, Tilafono David Hunter.

He told the Court the disagreement started when he questioned Lupeomanu why meeting documents were not circulated three days beforehand.

He said the A.C.E.O. claimed that it was no point circulating the meeting papers when the members turn up to the meeting asking for another copy.

Papali’i said the assumption by Lupeomanu was incorrect because he reads his papers and policies are clear that meeting papers should be distributed before the meeting.

“When I raised matters on why the meeting papers were not circulated he told me not to be rude,” Papali’i told the Court.

“He then told me he will come and punch my mouth and I reacted to what he said and told him come then.”

Papali’i said when he saw Lupeomanu coming towards him he then stood up and leaned on the chair to gain some support.

“He walked up and punched me on the left jaw and I fell down,” he told the Court.

“I blacked out for about 10 seconds and he punched me again while I was on the floor…after that I left to file a complaint with Police.”

During cross examination, defense lawyer queried Papali’i on his objection to a proposal from the Agriculture Store to approve the Roundup chemical. 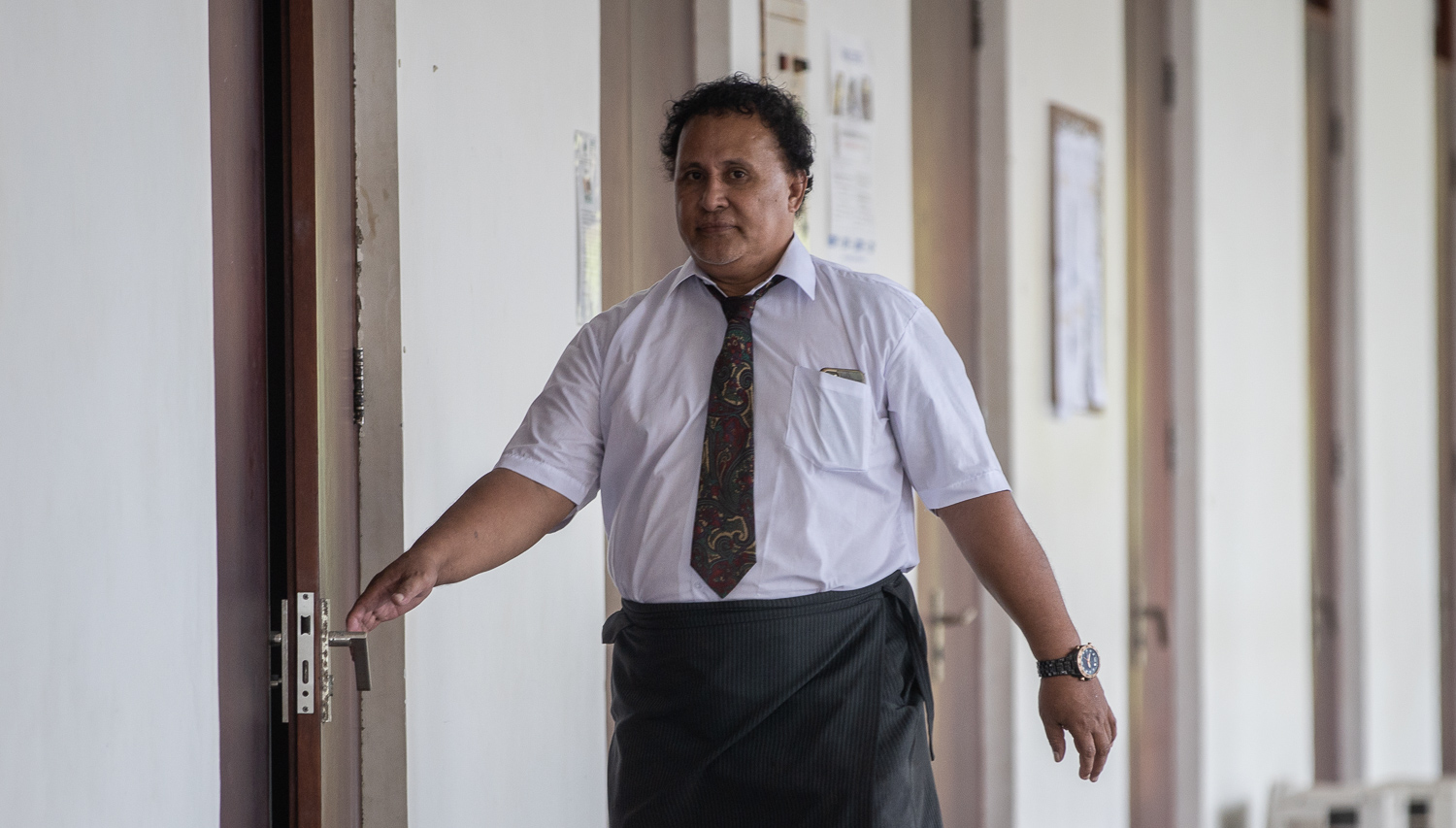 Aumua also put it to the complainant that he never liked Lupeomanu because he was the only one that confronted him in meetings.

In response, Papali’i said he knows better than Lupeomanu in relation to pesticide chemicals and his objection was right.

He maintained his view on the issue was not as a competitor but he was doing his duty as a member of the Committee to raise concerns.

Furthermore, he said anyone who got beaten up the way he did will see the accused as a bad person for what he did.

The defense lawyer then told the complainant that the defendant will give evidence that he did not punch him.

He questioned Papali’i if it is true that he fell because he tried to lift up the chair.

Asked about what his response is to Lupemanu’s claim that he did not touch him, Papali’i said its not true.

“I feel sorry for him because it is clear he is a liar,” he testified.

Aumua had also asked Papali’i about a complaint he filed with the Public Service Commission.

The lawyer also pressed the witness on claims that he is rude to Quarantine staff and there were instances where he would use inappropriate language in meetings.

In response, Papali’i denied being rude.

He said the matter before the Court has nothing to with other matters raised by the lawyer and it never happened.

About the P.S.C. investigation, Papali’i said by the time he went to P.S.C. the defendant has already been placed on suspension.

He claimed that it was the M.A.F. C.E.O. who raised the matter with the P.S.C.

Next to give evidence is the C.E.O. Tilafono.

In his evidence, Tilafono supported the claim by Papali’i that the disagreement between the men was over meeting papers that were not circulated.

However, Tilafono said he didn’t think that Papali’i would intervene when he raised the matter over the meeting papers, because he was the one Chairing the meeting.

The C.E.O. said the men got into verbal exchange and Papali’i had lifted the chair.

He added Lupeomanu was then seen punching the complainant on the mouth.

“I tried to calm them down,” he told the Court.

“Olive and the representative from Bluebird had tried to hold back the men.

“I saw that they couldn’t be calmed down…I held back Lupeomanu while Papali’i was already on the ground.”