Japanese volunteers working in Samoa are making a difference in the lives of intellectually challenged students, especially those enrolled at Aoga Fiamalamalama.

At the school's Alafua base, the oldest Japanese volunteer,  Koichi Hayashi, who is almost in his 70s, is working hard as the end of his two-year term in Samoa is coming to an end.

The senior volunteer has a wealth of experience as a social worker and in assistance and education for people with intellectual disabilities.

His previous employments include United States and Canada for over thirty years ago in 1986.

When he is not assisting the staff of Aoga Fiamalamalama, Mr. Kiochi enjoys long distance marathons, which is a life long hobby. 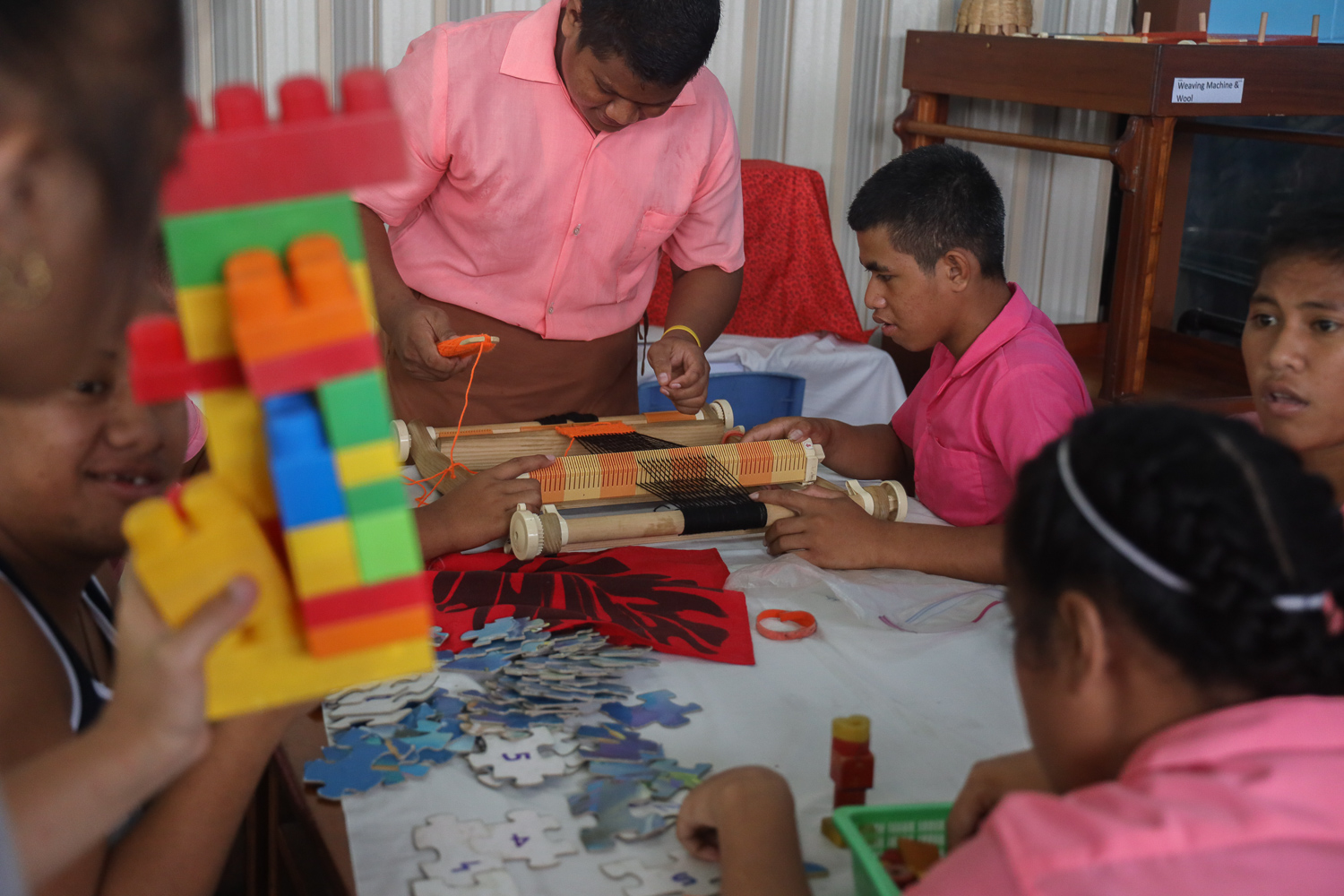 Mr. Kiochi said the language barrier is not the biggest challenge but rather making the children gain their self-confidence which is associated with their willingness to learn.

School Principal, Sharon Suhren, said he is the sixth Japanese volunteer they have had and they could not be happier with the assistance they provide.

Principal Suhren said each volunteers pick up from where the last one left off, and bringing in their own ideas to help the children.

“They’re very nice, they’re respectful and there is no challenge in working with them. And we thank the J.I.C.A. for enabling this programme to come into this area of work,” said Ms. Suhren.

Fiamalamalama students have also experienced making a keyhole garden, initiated by a previous volunteer from a few years ago.

Ms. Suhren told of one of the Japanese volunteers who was a physio therapist who helped with the physicality of the children.

The volunteer was able to help with the hearing and speaking problems of the children through sensory activities, the Principal said.

Ms. Suhren said the assistance is very much appreciated as they are constantly looking for staff to counter the growing number of children.

She said it is very hard to find the right people with the heart to help the intellectually challenged students.

Students who have graduated from Fiamalamalama have gone on into the workforce, revealed Ms. Suhren, within companies such as Uncle Johnny’s Factory, Samoa Victim Support, Samoa Stationery and Books and well as one amongst their very own staff.