The cost of keeping Samoa clean in terms of contractors going around to collect rubbish from in front of residential homes is $4 million.

The figure was revealed by the Chief Executive Officer of the Ministry of Natural Resources and Environment (M.N.R.E.), Ulu Bismarck Crawley, and M.N.R.E.'s Principal Officer, Aliimuamua Seto Aapo, a briefing as part of the J.I.C.A. media tour on Wednesday.

The $4million is shared among six companies who are then divided to service 19 zones within Samoa.

The number of zones the contractor services depends on their capacity to carry out the work and quality of rubbish trucks.

Aliimuamua said because of the huge amount of money spent on this service by the Government, they are now trying to develop a user-pay system.

The Ministry is also looking for ways to initiate a prepaid trash bag system where households buy a specific type of trash bag which must be used to dispose of rubbish, otherwise it will not be collected by the rubbish collectors.

Ulu explained that the money spent at stores buying this certain trash bag will go towards paying for the services.

Aliimuamua said one of the biggest problems faced by contractors are the roads as Samoa has many unsealed roads and more families moving inward.

But the contractors are only able to service the public roads only, families in back roads sometimes team up to make one big rubbish stand next to the road to harbour everyone's trash. 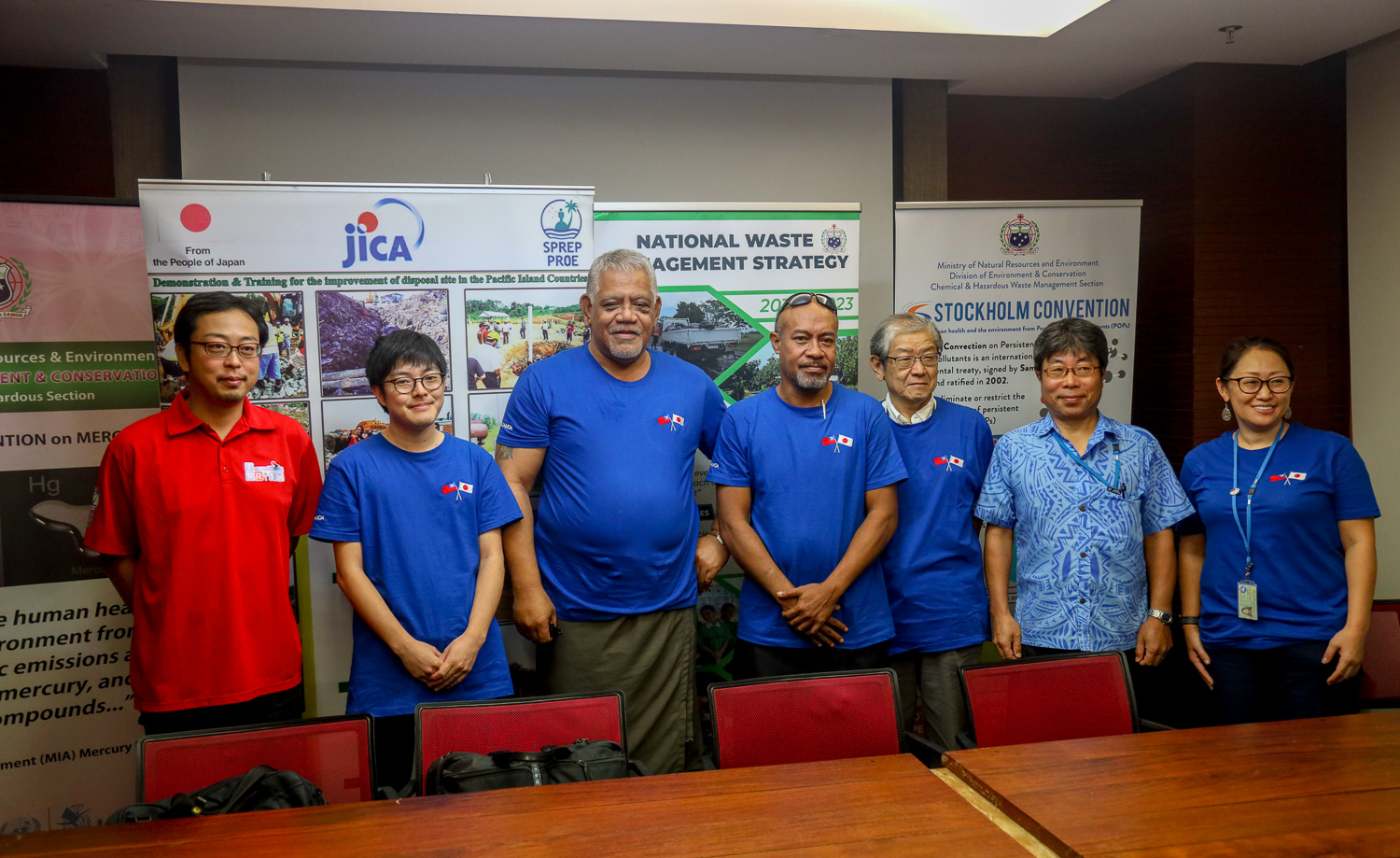 Rubbish collection is essential as the Samoa's waste production increases, as discovered by surveys conducted by one of Japan's projects, called the Project for Promotion of Regional Initiative on Solid Waste Management in Pacific Islands Countries Phase 2 (J-PRISM2)

Hiroshi Tsuruta revealed that through a waste audit conducted, a Samoan household in the urban area produces 387 grams of rubbish a day.

Good news is, the most generic waste found amongst the pile can be composed; with 43 per cent being left over food.

Families in the rural area produce a much less amount of waste, he added.

M.N.R.E. C.E.O. highlighted that one of the most important roles of J-PRISM is providing good data collection and analysis, which leads to well informed decisions and good policies.

He added that one of the project's milestones is the launching of the Samoa Waste Management Association which solidifies and confirms that there is a problem that needs fixing.