Lapita pottery, from the ancient early colonisers of the Pacific, tells researchers where and when exploration of the region happened. (Photo: Professor David Burley, Simon Fraser University)
Education

University of Waikato researcher, Dr Fiona Petchey, has been using tiny shell fragments and rat bones to date To’aga on Ofu Island more accurately than ever before.

She and her partner from the University of California, Berkeley, have also dated Bapot in the Mariana Islands, considered the earliest settlement in the Pacific. They found 250 too many, making the more accurate date of first settlement 3300 years ago.

The two islands are the earliest and latest spots to have been colonised by early Pacific peoples between 3300 and 2800 years ago, and between them help researchers understand the route, and the effort those early travellers took to get around the region.

That huge gap between them is evident in the drastically different cultures of the two islands, which Dr. Petchey said researchers still do not understand enough. But for her, it has become a lifelong career choice. 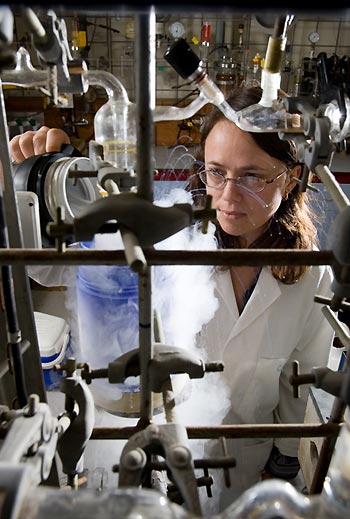 “The culture changed from what we call Lapita, with very beautiful pottery and very complex artefacts, to somehow a completely changed, more utilitarian sort of ware, and we don’t know why,” she said.

“We don’t know if it’s a new group of people coming in, mixing with other people, if climate had an impact, or whether it just changed gradually over time.

“I am hoping to refine it down a bit more so we can actually learn more about these people and why Polynesian people we know today are the way they are.”

Dr. Petchey said current radiocarbon dating methods may be off by 200 to 300 years, because of the types of charcoal samples used in the dating process.

“The chance of doing this 40 years ago when To’aga was first excavated was almost non-existent,” she said.

“We can now date a single shell or even growth rings within the shell, which provides useful environmental information that charcoal dates do not.

“I think it’s something that has been very overdue for quite some time. Hopefully the work I am doing will be useful to gaining a greater understanding of this important part of human history.”

She said even in the next three years, there could be a better understanding of the history of the region based on her work.

Dr. Petchey has been working with radiocarbon dating the in Pacific for 30 years, starting with her Master’s degree when she explored the little known about Lapita ceramics discovered in Mulifanua, Samoa. They are the eastern most examples of the unique ceramics, and may even be the latest examples archaeologists have of them.

Since then, she has studied every island, from the Northern Marianas down to New Zealand.

Her chief research tool, radiocarbon dating, tests levels of carbon in samples to find carbon that formed as far back as 60,000 years ago.

She said despite its advanced abilities, it still has its limitations. One of those is that it cannot reveal small details about a site or person, like the many migrations or travel done by an individual.

“There are limits to how refined we can make the dating, and because of that we tend to mask over big chunks of people’s lives,” Dr. Petchey said.

“Even my own life – I have gone on holiday here, I have migrated from the UK, I have done all sorts of things in my life, but with my technique I can’t date that precisely.

“So we tend to mask over these intergenerational events and the interconnectivity that if you actually go and talk to people and bring in all the individual data, you can see.”