Members of the Supakako Linwood women's team training in the rain. (Photo: Vaitogi A. Matafeo)

The Marist Sevens women's champions, Supakako Linwood, have returned to defend their title in the 32nd Vailima Marist International 7s tournament from February 14-15.

The women’s team from Christchurch will be up against seven local teams who will be hoping to topple the New Zealand team from the pinnacle.

According to the team’s coach, Sam Gibbens, their squad is made up of 13 players from different parts of New Zealand and Australia. 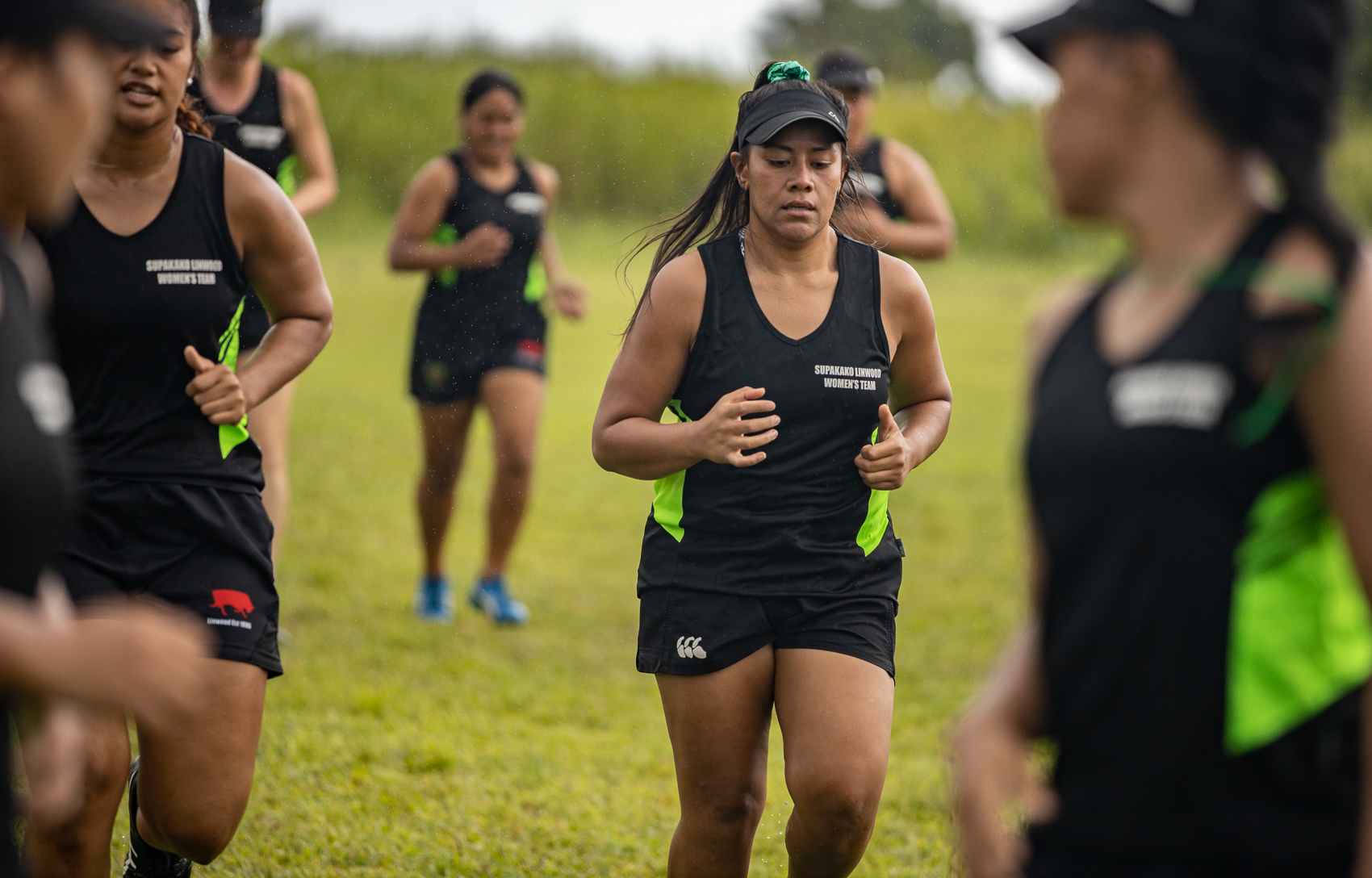 He added that despite the bad weather conditions currently being experienced, they are optimistic and will still put on good game of rugby.

The team’s captain, Masuisuimatamaalii Pauaraisa, told the Samoa Observer that due to their success in last year’s tournament they want to continue participating.

“There is always pressure, especially as we are coming back to defend our title. 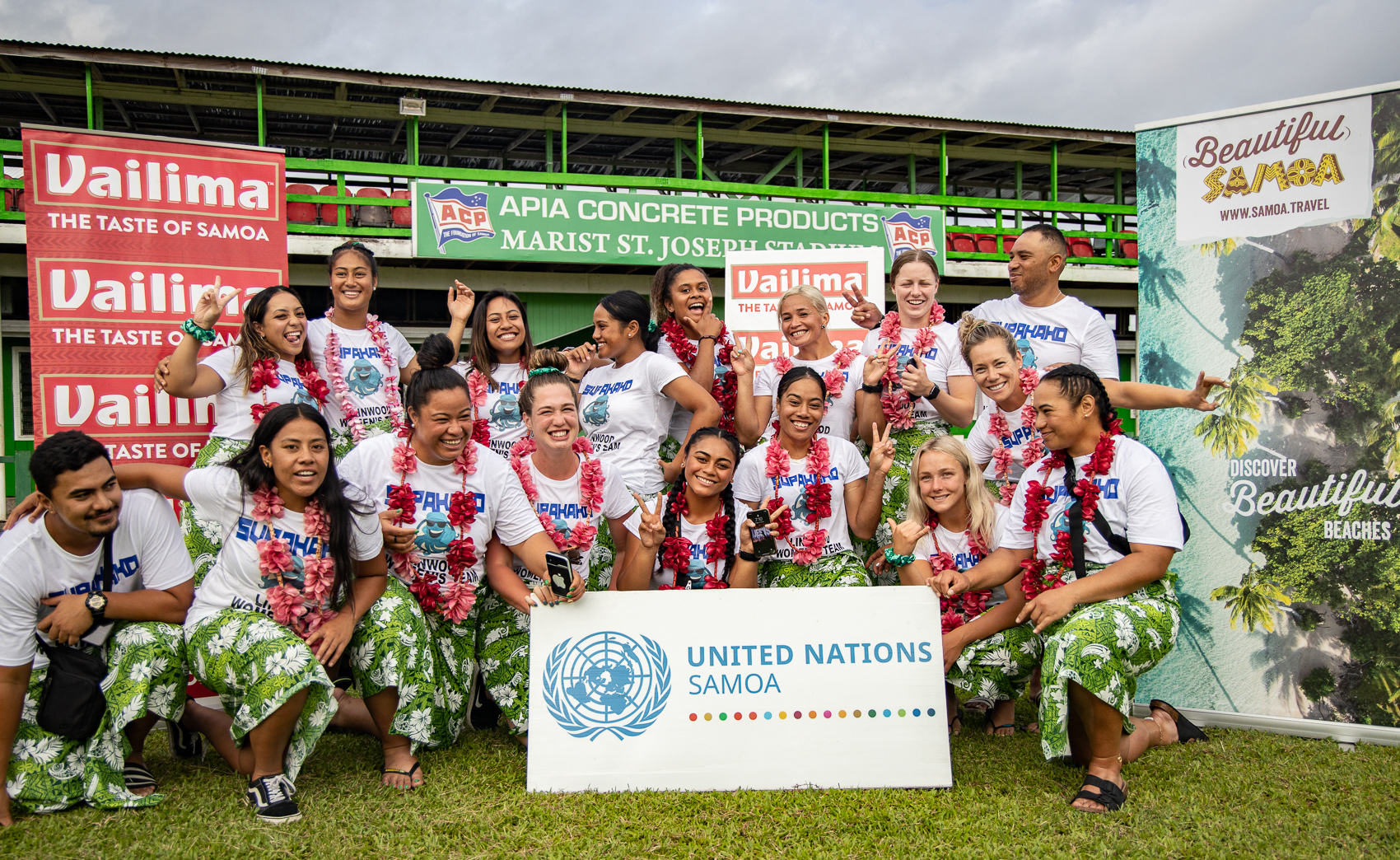 “I told the girls that even though we are the only women’s team from overseas we never look down on any teams because it’s not going to be easy, it will be a tough tournament.

“We are not only here for the tournament, it is always special to be back home and giving back to Samoa through rugby, especially for women.”

She said there is so much potential for women in Samoa to do well in sports. 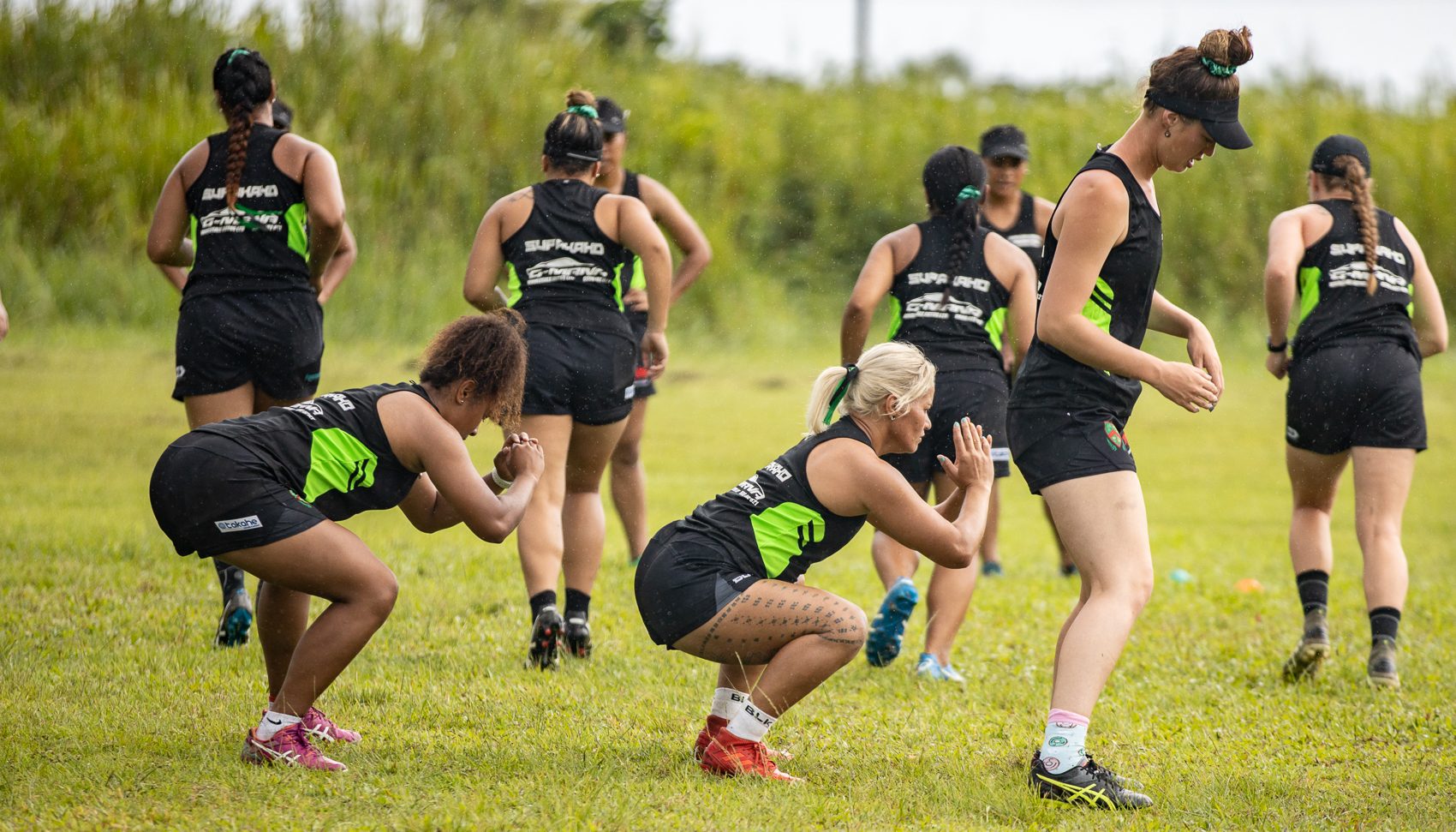 “We just need to set that platform for them especially the young girls.

“Our team has prepared for this for quite some time now it was always going to be on despite fears of measles and coronavirus diseases.”

She acknowledged their main sponsor is Supakako which is represented by Tuala Tagaloa Tusani.

“Samoa has lost so many lives to measles particularly our young ones and as a mother I can’t imagine the pain and loss that these families are going through.

“I am happy that Marist has gone ahead and hosted their annual tournament because it gives us a chance to move on and use this as an opportunity to boost the spirits of our people.

“Our preparations are going well, we had a good team run and some of the girls are adjusting to the heat but we pulled through.”

She added that some of their players have never been to Samoa and so they are grateful to be part of the tournament.

Ms. Pauaraisa also encouraged other women to take up sports.

“It is hard but with the right mindset and right attitude but most importantly if you really want it you have to earn it by working hard.

“Nothing comes easy even though its natural talent for some people you still have to work hard not only in sports but with anything in life such as studies.

“Another important factor is the support from families and friends and being around the right people.”

She also said that for those who have that goal of playing women’s sports you always have to choose wisely.

The two-day tournament kicks off this Friday at the ACP Marist Stadium, Lotopa.