Tourism should be ladder of opportunity

How did it come to be that spending an amount greater than 2.5 per cent of last year’s budget deficit on a ladder could seem like an entertainable idea?

Reports on the front page of the Weekend Observer (“Cost of new To Sua ladder climbs to $2.4 million”) strain our credulity.

Funding for the new ladder was intended to come from a New Zealand Agency for International Development (N.Z.A.I.D.) tourism grants programme of $1.7 million.

The funding was initially designed to develop up to 40 separate tourism sites, ten of which were identified as priority sites, including the trench itself.

In the hands of - who else? -  Government consultants the To Sua project has evidently become something much grander than its initially anticipated its budget of $861,000 would suggest.

The story raises some obvious questions about what advancements in ladder-building technology are outlined within the consultants' report.

As the responses contained in our Street Talk column earlier this week showed, members of the public are also deeply skeptical about spending such sums on such things.

They have a right to be with the deprivations of much more basic human infrastructure on display every week in this newspaper’s Village Voice column.

But if we accept the logic that N.Z.A.I.D. is making the best use of its budget in trying to promote a future viable economic industry questions remain.

To what extent should the Government should be in the business of investing in businesses or destinations which are already highly successful?

It remains to be seen how the Samoa Tourism Authority will extricate itself from this dispute between the owners of what is undoubtedly one of our most valuable tourism assets and the New Zealand agency on the other.

But the site’s manager, Gerda Onofia, evidently feels entitled to the funding and says he has been putting off the repair of the existing site in expectation of receiving the grant.

But we believe that the S.T.A. must stand for the diversification of our tourism attractions and support of new ones in areas that might bring employment or the tourism dollar to new parts of this country.

Diverting our resources to what is a business already highly established in its ability to generate visitors and revenue makes our tourism less sustainable in other ways.

Many countries around the world have found themselves defined, or made briefly popular, by a standout attraction.

In the age of Instagram and social media are more persuasive than brochures, attractions’ lures become passe at a much greater speed than they have ever before.

The risk of one particular site becoming overexposed is very real; no matter how stunning the vista.

That process has blighted many of the most photogenic places on earth, at which people queue up for hours for photographic moments for social media.

The Greek island of Santorini, home to the famous white and blue mountainside villas, had to impose a visitor cap recently after the island became flooded with tourists.

The appeal of perhaps the most unique destination on earth could be seen having its appeal wiped off almost in real time last year. Few could forget the photographs of the summit of Mt. Everest clogged with hordes of climbers in bulging parkas. (China had earlier closed its side of the mountain’s base camp tourists began leaving too much rubbish).

Tourism in Samoa has been growing at an incredible clip recently.

The amount of money spent by tourists in the country for the third quarter of 2019 increased by nearly 20 per cent; visitor numbers only rose a little less.

Keeping it so must surely entail spreading investments wide across different sites.

Initiatives such as turning the archaeological wonders of Palauli in Savai’i into a next-generation tourism attraction seem like a more prudent investment than compounding the dominance of the To Sua trench.

To see the To Sua Trench, for the want of a ladder, crowd out investment that might help shine a light upon nine other destinations would be an opportunity squandered. 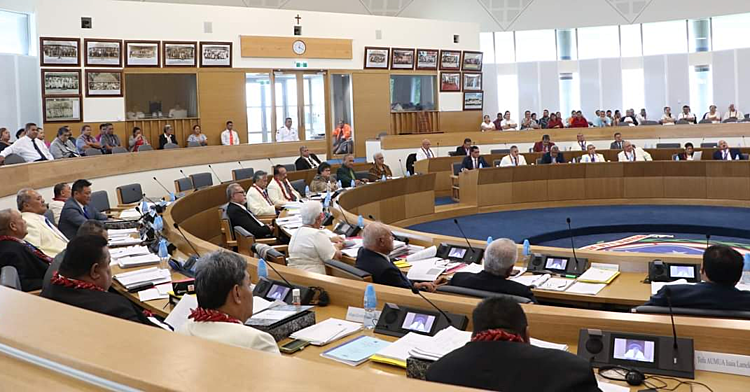