Jeral Skelton, a rising star in the Australian sevens team, is in Samoa this week and taking the opportunity to give back to the U-20 team while he's on island.

The Australian-born 20-year-old was born to Ernest and Anna Betham Skelton of Aleisa. It is his first time in Samoa.

Skelton, who has been playing in Australian sevens rugby for three years, told the Samoa Observer that he has always wanted to lend a helping hand to Samoa’s rugby talent and absolutely sees himself doing more donations for the men in blue.

On Tuesday, the Skelton family donated rugby equipment to the Samoa Rugby Union U-20 management for distribution locally.

The young man is one of five children and was there with both parents and siblings to present the donations.

"It's been an honour to come present, and been looking to do something like this for a while and my dad always used to tell me," said Skelton.

"And giving back is something I want to do in the future, helping out little kids and helping out where I'm from."

He said being on island for the first time has been great, especially  meeting family and witnessing the youngsters in rugby in person.

"This trip has been amazing to come back home, meeting my family and having never been here before," he said. 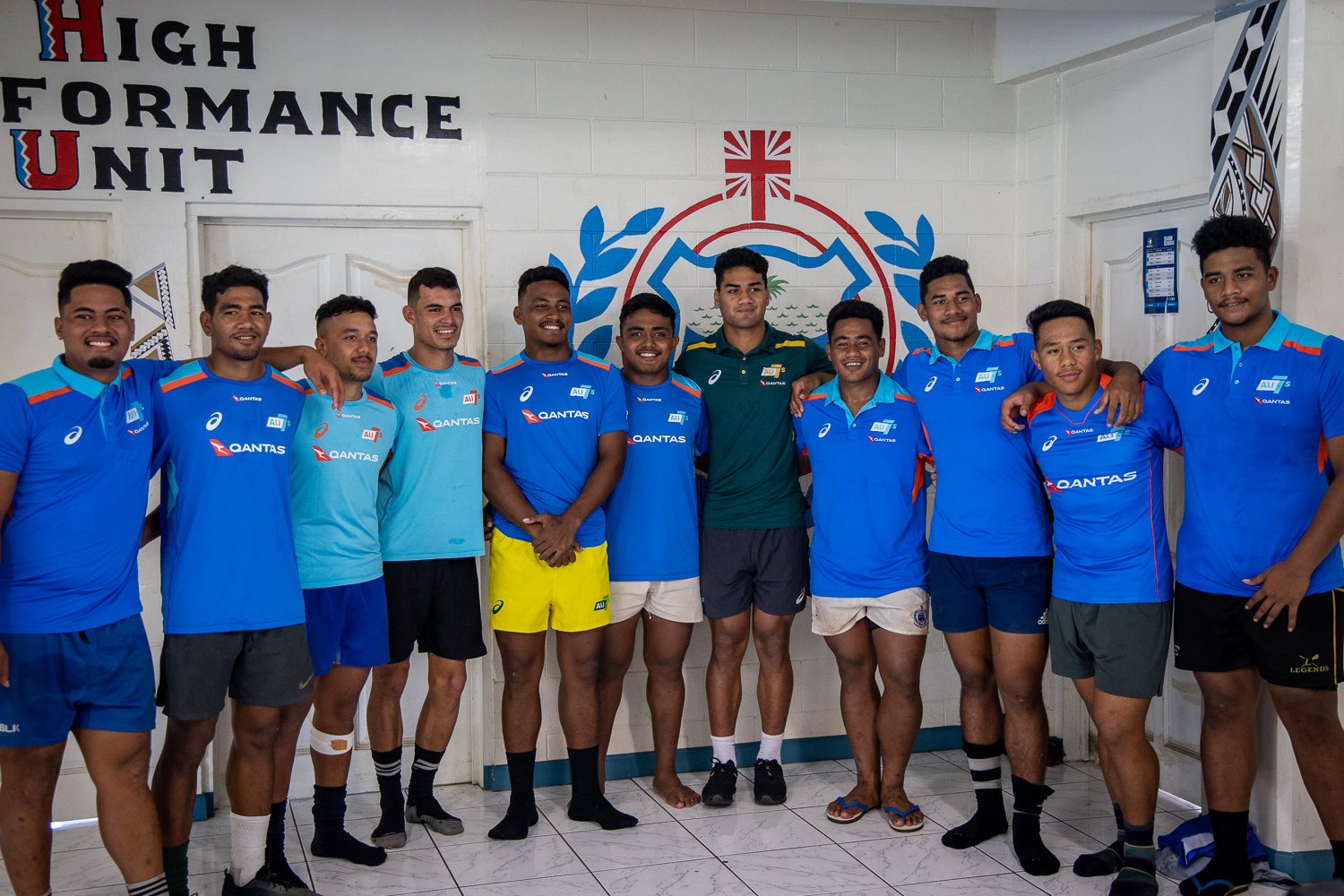 "Seeing the little kids, and seeing how much I'm privileged and how much stuff we have in Australia and how much I have more than kids here and grateful for the Man upstairs for gifting me with this talent,” he said.

Samoa Rugby Union (S.R.U) C.E.O. Faleomavaega Vincent Fepuleai thanked the Skelton family for their donation on behalf of the Union.

Faleomavaega was gifted with Skelton's number eight jersey of the Australian sevens uniform.

About this time last year, Skelton’s powerful ball-running and muscular defence led to his being dubbed as a born star in rugby, getting not only Aussie sevens coaches excited but Super Rugby and Wallabies officials watching on keenly too.