A Samoan father and son with a lifelong passion for sailing will for the first time serve together on a cruise ship.

Veteran sailor Failautusi Mailata of Sagone and Samata-i-tai Savaii has worked for the Mediterranean Shipping Company (M.S.C.) for over 30 years, and he is now on his way to join his son 36-year-old son Antwerp Failautusi Mailata on the M.S.C. Divina.

The senior Mailata is a graduate of the Toloa Maritime School and scored his first maritime gig on the Columbus Line cargo ship, which sailed around the world and returned home with him in six months. 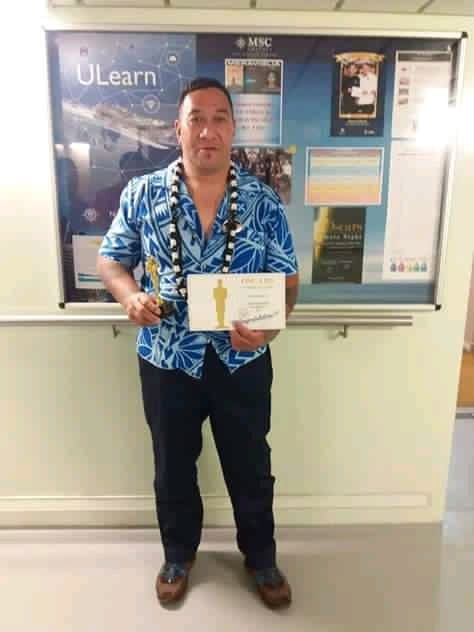 According to Samoa Shipping Corporation, senior Mailata moved to the Tausala Samoa and Tamaitai Samoa vessels when they were sold to M.S.C. Singapore and Hong Kong, and was awarded M.S.C. employee of the month on three occassions.

In an interview with Samoa Observer, junior Mailata said: “My dad has worked in this particular area for more than 30 years and I learned a lot from him when I first became a sailor.”

Junior Mailata graduated from the Maritime School of Samoa in 2016 and secured a contract to work on a cruise ship in 2018, where he has been for over two years.

“Growing up, I also aimed at becoming a sailor just like my father. He is my idol and my inspiration and I am proud to call him my father. It brought me great joy when I received the news that my father is about to join our crew on the MSC Divina.”

Mr Mailata said working with his father would offer an opportunity for him to learn more from him and enjoy his company. 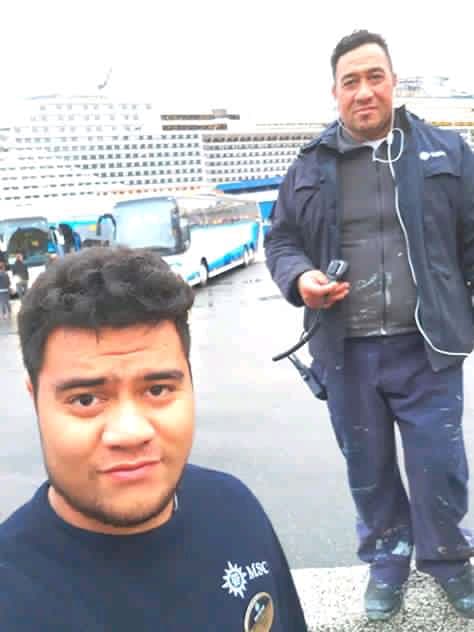 “This is a great opportunity for me to spend some quality time with my father and to learn more from him. With all the knowledge that he has passed on to me, I have learned to do my job with ease. I not only do this job because I love it, I do it for my family, village and church.”

Attempts by the Samoa Observer to get comments from senior Mailata were unsuccessful.

However, his son said one of the benefits of his love for life as a sailor is because he gets to travel and meet new people.

He appealed to new sailors from Samoa to put their trust in God and to use the opportunity wisely.

Mr Mailata graduated from The Church College of Vaiola in 2015 and says that he still lives by the school motto: “start right, work hard, finish strong”.