Bad weather conditions reached a high on Monday afternoon when heavy downpours brought extreme flooding and power outages for most of Apia.

The timing could not have been more inconvenient for parents

On Monday afternoon, the Samoa Meteorology Service posted an update of Tropical Cyclone Uesi saying it will not pose any direct impact for Samoa in the next 24 to 48 hours.

Senior Forecaster Jerry Sauvae said TD06F located just to the west of Vanuatu in the weekend was upgraded to a TC early Monday morning at 2am. 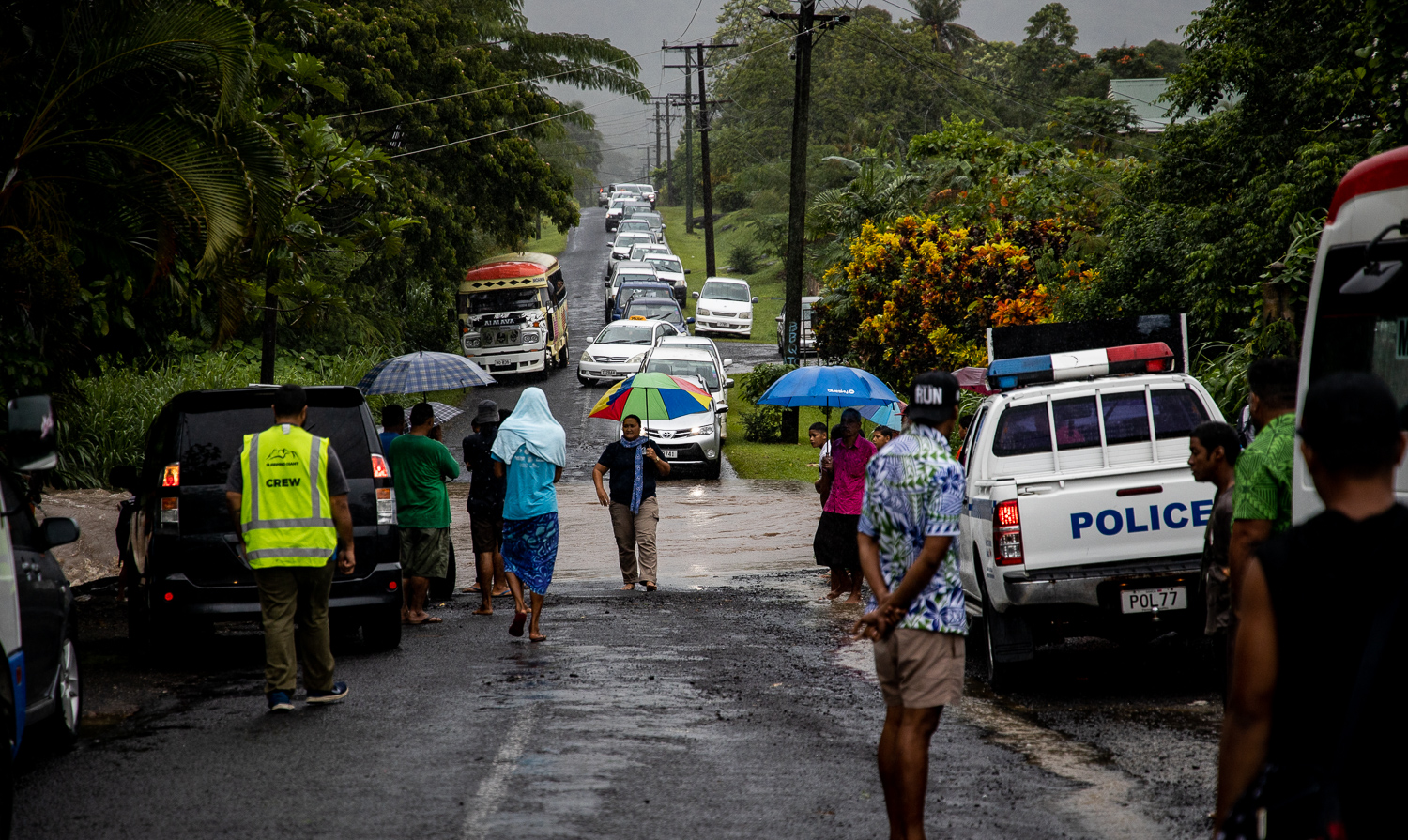 And then again at around 8am, further into a category two.

For the next 24 to 48 hours, it will continue to move south, just to the west of New Caledonia.

The system is predicted to develop into a Category three in the next 24 hours.

“The system is going to move towards the predicted forecast track moving towards New Caledonia, it will not directly cause impact to Samoa within the next 24 to 48 hours,” the Senior Forecaster says.

“But we will closely monitor the development of this system and we will surely make amendments accordingly.” 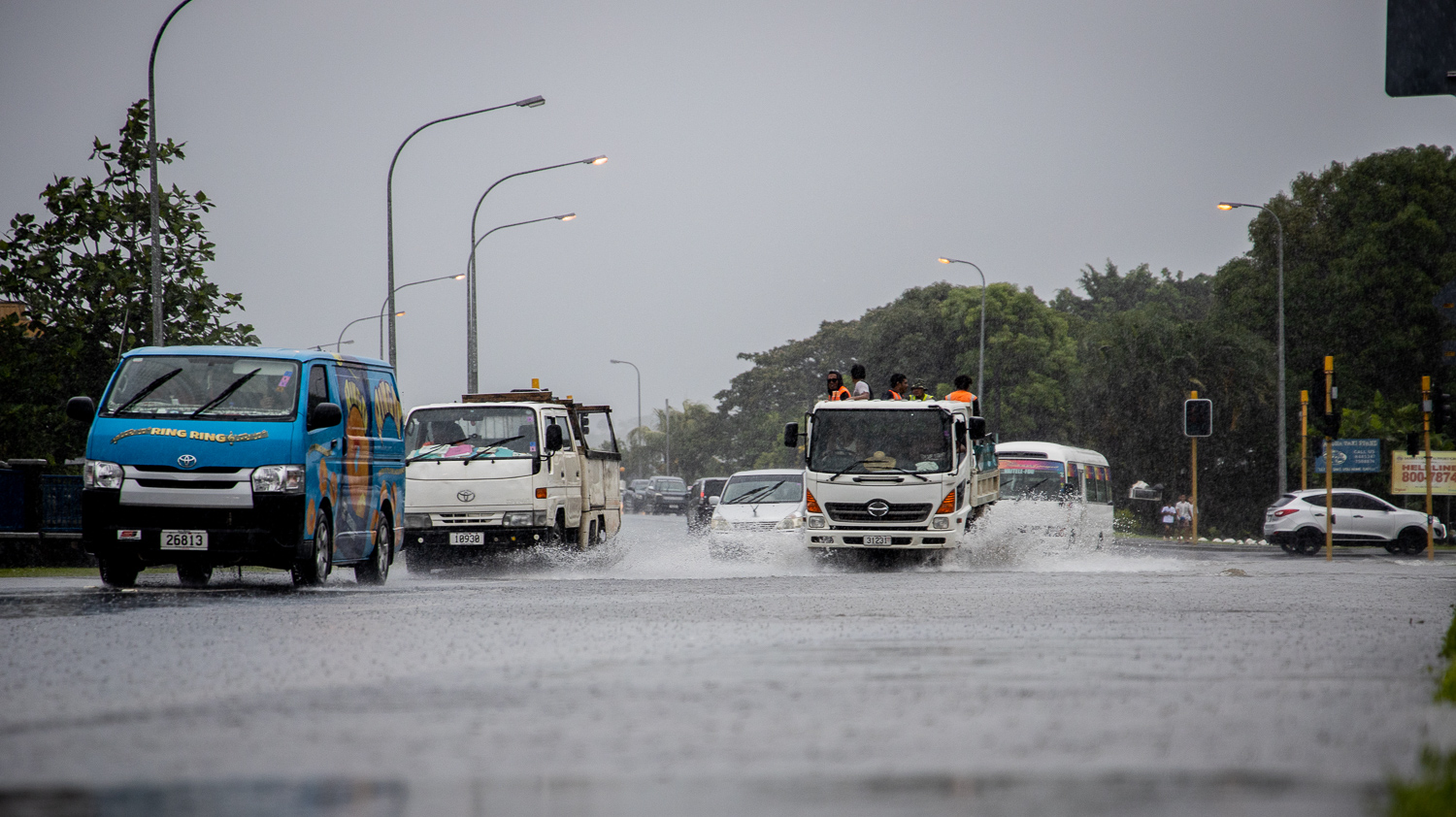 They announced that potential impacts would include, poor visibility, gusty winds, foggy and slippery roads over mountain passes and ranges pooling near roadsides and waterways.

Gutters on the side of the roadscould not be spotted as they were overflowing flooding the roads in town.

Moamoa ford was partially closed off from crossing before Police Officers determined that only large vehicles were able to cross.