“I’ve got no doubt that kids here, if given the opportunity, could aspire to play for their country, or in major rugby leagues around the world.” (Photo: Aufa'i Areta Areta)
Rugby league

He is looking at how the sport operates in Samoa, and whether Australia can help with the growth of the game.

The commentator and decorated former player and coach arrived in the country on Sunday to support his good friend, Paul Broughton, to launch the World Nines tournament on Tuesday, to be played at Apia Park in October.

“I think this tournament is a great opportunity to not only showcase rugby league, not only to showcase Samoa as a country, but also for many emerging nations and players who are not in the National Rugby League in Australia,” Gould said.

His second objective is a “fact-finding mission.”

“I’d like to go back to Australia and report if there are things we can do to assist in the growth of the game, not only worldwide but here in the Pacific Islands.

“From a National Rugby League (N.R.L.) perspective and I think even from an Australian government perspective, I think we have a responsibility as the major league in the world to be assisting emerging nations. Not so much telling them how to do it, but finding out how they’d like to do it and what’s best for them, and how we can help.”

Gould said the percentage of Pacific Island players in the N.R.L. over the last 15-20 years is very notable.

“They’re a natural in our sport, and given they’re contributing so much to our major league, it’s only right that we should sit back and look at what we can do to assist in their own countries,” he said.

“I know from my perspective, the junior league at the Penrith Panthers, which is one of the biggest junior leagues in the country, is close to 60% now [players] from Polynesian heritage

“There are a lot of people from Polynesia and the Pacific Islands that move to Australia for opportunity, families, and particularly those that are chasing careers in rugby league. It would be advantageous to Pacific Island nations if they could educate those kids here without them feeling the need to go to Australia, whether or not that’s achievable I don’t know, and that’s what I want to find out.”

The two-time N.R.L. Premiership-winning coach said the Polynesians at the highest levels of the game are mostly heritage players; second or third generation New Zealanders and Australians.

“It’s not as though we’re going to the Pacific Islands to form teams. This Nines concept is the embryo stage of trying to create teams from the level of competition in their own countries, existing local talent,” Gould said.

“Whether we can fix that in my lifetime I don’t know, but someone’s gotta start somewhere.” 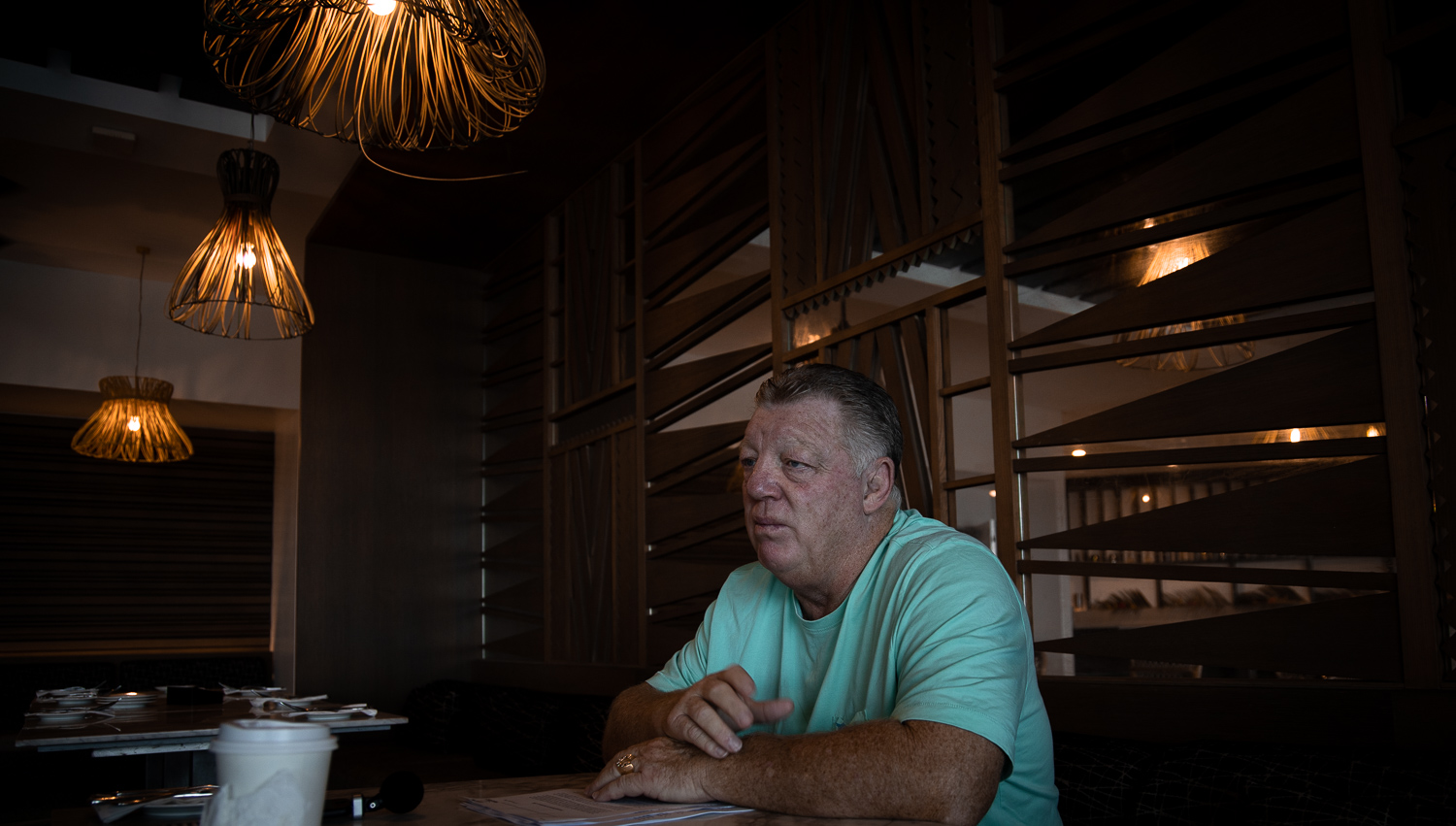 He considers Samoa to be an untapped, talented talent pool of potential players.

“They’re built for this game,” the six-time State of Origin-winning coach said.

“Rugby league has become a power game, an explosive game and they’re just physically well prepared for it. I’ve got no doubt that kids here, if given the opportunity, could aspire to play for their country, or in major rugby leagues around the world.”

“Kids from a very early age are exposed to the best of coaching and the best of training methods, even through the schools. Whether that can be replicated in Pacific Island countries, that’s what I want to investigate.”