A taxi driver and two passengers were swept into the Fuluasou River on Saturday night after trying to cross floodwaters coursing across a ford at Tulaele.

Residents in an apartment complex heard shouts for help from the nearby river about 11pm. Emergency services were called to the scene a short time later.

The vehicle's two passengers and the driver escaped from the car and made it onto the riverbanks.

Tulaele resident Youle Beatty said he and friends were at home at 11pm when they were alerted to people calling for help from the river.

Mr. Beatty said he went onto the ford to try and help the last person in the water get out, but slipped and fell himself, barely avoiding sliding off the edge.

He said emergency services arrived around 10 minutes after being called. They began searching the site of the accident for a person who remained unaccounted for but was found soon after. 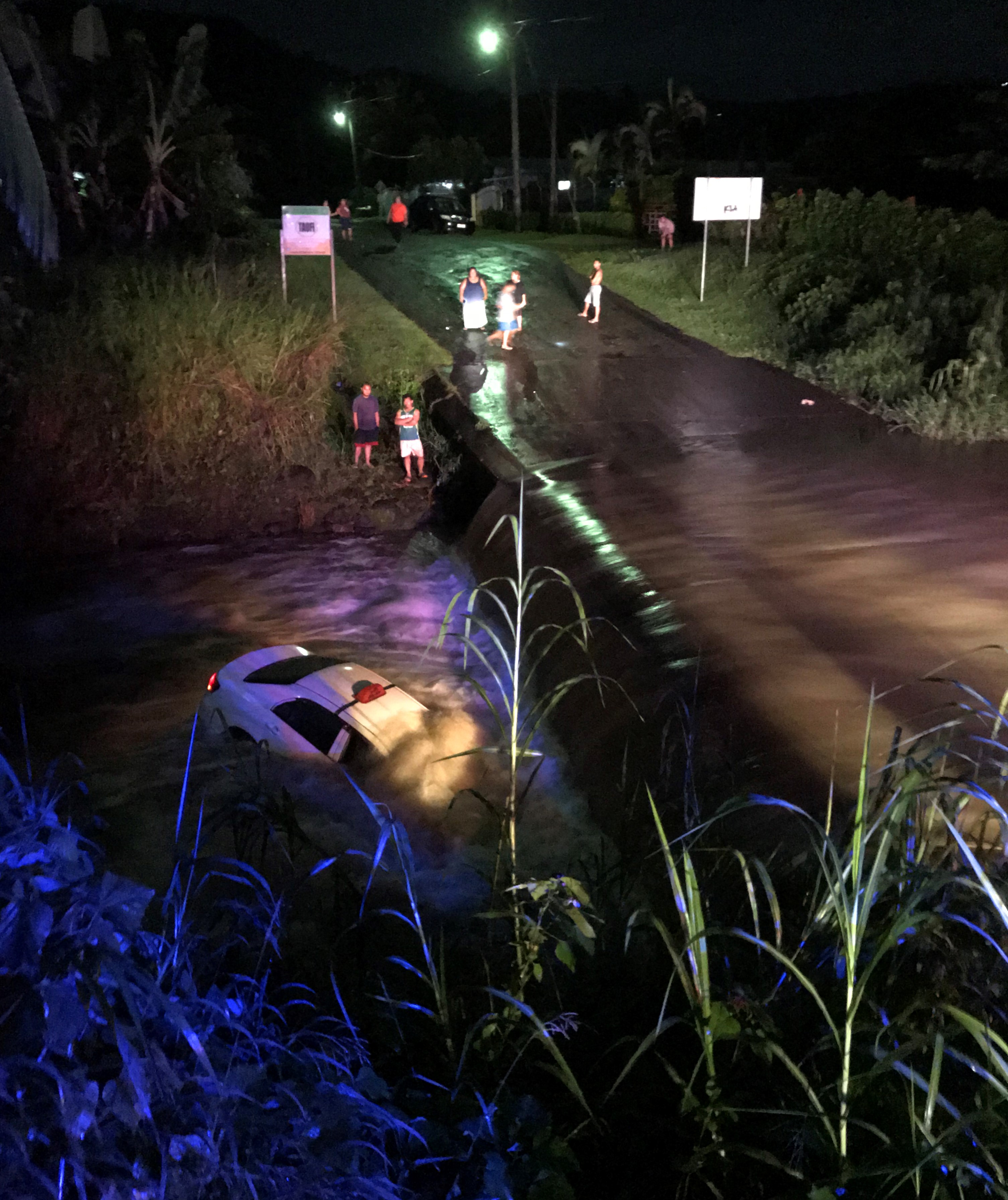 A Samoa Fire and Emergency Services Authority spokesperson said they were not at liberty to discuss the incident, and requested the Samoa Observer contact the Service's Commissioner on Monday morning to confirm details of the accident.

It is not known whether the driver or passengers were taken to the hospital in an ambulance.

Attempts to speak to the taxi driver have been unsuccessful.

Mr. Beatty has lived on the banks of Tulaele Ford since late 2019. He said a sign warning of flood waters and a chain intended to prevent drivers from attempting to cross the road people often attempt to do so.

“The chain gets put up but people just put it down,” he said.

“Honestly I do think there should be more measures to stop people because the ford becomes very mossy. It’s slippery when it’s been raining for a while.

“It might [have been] 'safe-ish' maybe a month ago when it started raining; when it’s not slippery but now it’s so slippery. I just don’t cross it at all, I just don’t think about it because of this exact situation. You never know with water.”

The chain on the western side of the ford is not locked, but it is bound with a broken purple coat hanger.

Mr. Beatty says drivers can often be heard untying the chain before crossing the road - sometimes without stopping to retie it.

On the eastern side of the road Sunday morning, four traffic cones had been placed across the lanes, but they had been moved aside.

During the time  the Samoa Observer was at the scene, a driver passed the cones to arrive at the water's edge but produced a rag used to wash his car. 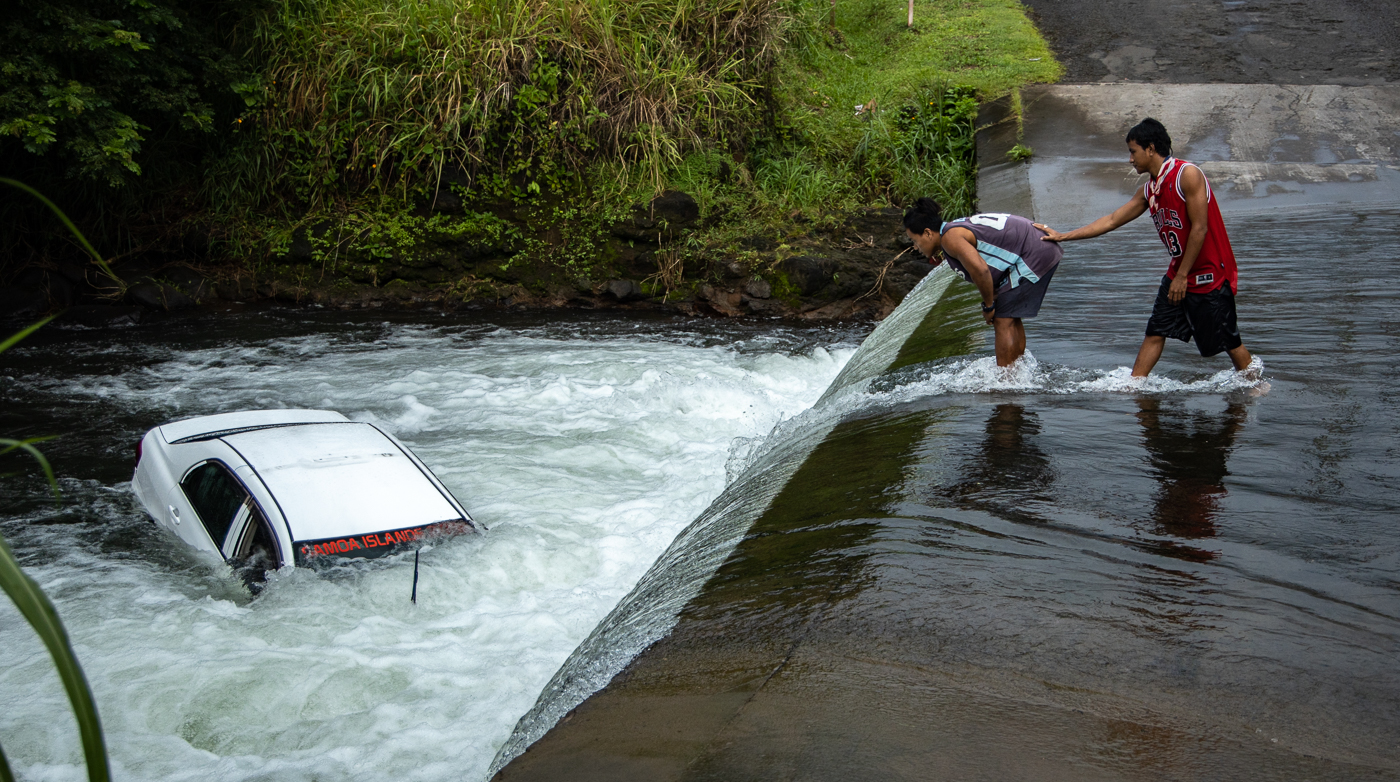 “Even though there are signs saying don’t do that, that’s been happening a lot.

“I see people cross, people have broken down there, people have struggled to get up the hill, I’ll hear revving and watched one guy had to get out and push his car, this happens all the time.”

Another resident of the apartment block reported that another car had become bogged on the other side of the riverbank where it was waiting to be towed.