A family in need of a new home: The home of Emani Puna Mauai (Photo: Vaitogi A. Matafeo)

Close proximity to the Apia central business district and the seat of government means little to the Mauai family.

For some it could translate to having access to basic services and more opportunities to generate income for the family.

But living in Vaitele, which is considered a suburb of the Samoan capital, has not had a positive impact on Emani Puna Mauai and his family since they moved there in 2000.

Mr. Mauai built his family home using tree trunks, discarded timber, canvass and old corrugated iron roofing in a step-by-step process, as it meant recycling a lot of the material that others discarded.

Take one look at the property today and you can conclude that it will not stand a chance against extreme weather conditions.

In fact some of the house’s wooden posts have started to corrode due to Samoas’ tropical weather, and is the main reason why Mr. Mauai dreams of a new home for him and his family.

“Despite the bad condition of the home we live in, I am grateful to God that he has held it together for so more than 15 years,” he said. “During the cyclone season I always pray that a cyclone does not hit our country and destroy the only home we have. I am also fearful of earthquakes because the foundation is not stable.”

To reinforce the foundation of his house, in order to stop it from moving, he had to cut larger tree trunks to use as post.

“That is why I used strong wood and tree trunks surrounding the house to try and support it from moving because it kept moving before,” he added. “The house we live in was something we tried to build with materials that we could get our hands on.”

The Mauai family cannot afford to build themselves a new home due to their financial difficulties, which is exacerbated by a loan his wife took out, to pay off funeral expenses following her father’s death.

“My wife is the only one employed, I used to work before but my contract work ended. The salary my wife earns is not sufficient to cover all our family expenses and needs. We are also paying a loan because my wife’s father passed away and we had to pay some funeral expenses.”

Their impoverished lifestyle is also impacting their children, who are in primary school and college, according to Mr Mauai.

“I have children in primary school and they are given $1.00 while my eldest who is in college she is given $2.50 for bus fare and lunch money. We also allocate money for electricity bills and water,” he added. “I collect firewood so we can cook our food because an oven that uses gas to operate will cost us more.”

For now the family relies on their plantation for food and vegetable garden for cabbage, which is sold when harvested for .

If you are willing to help the family of Mr. Mauai please contact the number: 7786140. 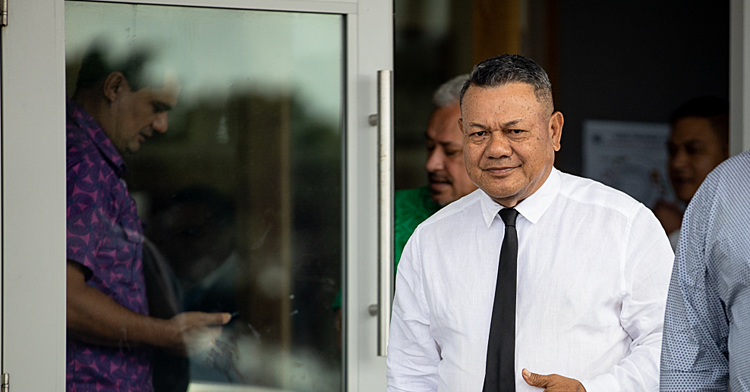