Generators back online but solar down: E.P.C.

Despite extensive power outages this week, the Electric Power Corporation says it has successfully "reinstated" the generators responsible for producing the nation's electricity.

The Corporation had this week issued a state of emergency warning consumers to reduce their use of electricity or face the possibility of rationing following the generator outages.

The E.P.C. has also revealed the capacity of the nation's extensive solar power network has been severely limited after one of its two Tesla Powerpacks, or batteries for solar power, were damaged during the same storm that affected its Fiaga diesel plant.

“During the state of emergency only 50 per cent or seven MW (megawatts) can be accepted by the grid due to 50 per cent of the battery system is down as a result of lightning,"  Chief Executive Officer Tologata Tile Tuimaleali’ifano said in an email.

“We are expecting the battery engineer on Tuesday 4 Feb and hoping to fully restore batteries to it 100 per cent functionality and back in service by Wednesday.”

The state-owned utility said underground faults, not shortages caused by the two damaged generators have been the cause of power outages in the town area this week.

But the Corporation says it is continuing to closely monitor the nation's power grid and did not immediately respond to followup questions about when the state of emergency would be lifted and if the "reinstated" generators were back to full capacity.

The Corporation said that on Monday night, the area from Mulinuu to Togafuafua lost power as a result of a “fault to Underground Cables feeding this part of town area.”

The batteries main use is to control fluctuation to the grid caused by the sun, with just a “marginally small portion” of the batteries actually storing power for later use, Tologata explained.

He said even with the two diesel generators in Fiaga reinstated on Sunday, “we continue to closely monitor the system and the penetration of solar given 50 per cent of batteries are still down.”

The power outage that began on Monday around 9pm and continued until late on Tuesday was unrelated to the diesel generator or the solar battery failures.

In a notice on its public Facebook page, the E.P.C. said: “The public is advised, that power is currently out to part of Togafuafua to Mulinuu since last night, due to a fault to one of our underground cables feeding this part of town area.

“Technical teams are currently working on restoring power to areas affected as soon as and safely possible. We sincerely apologize for the inconvenience caused.” 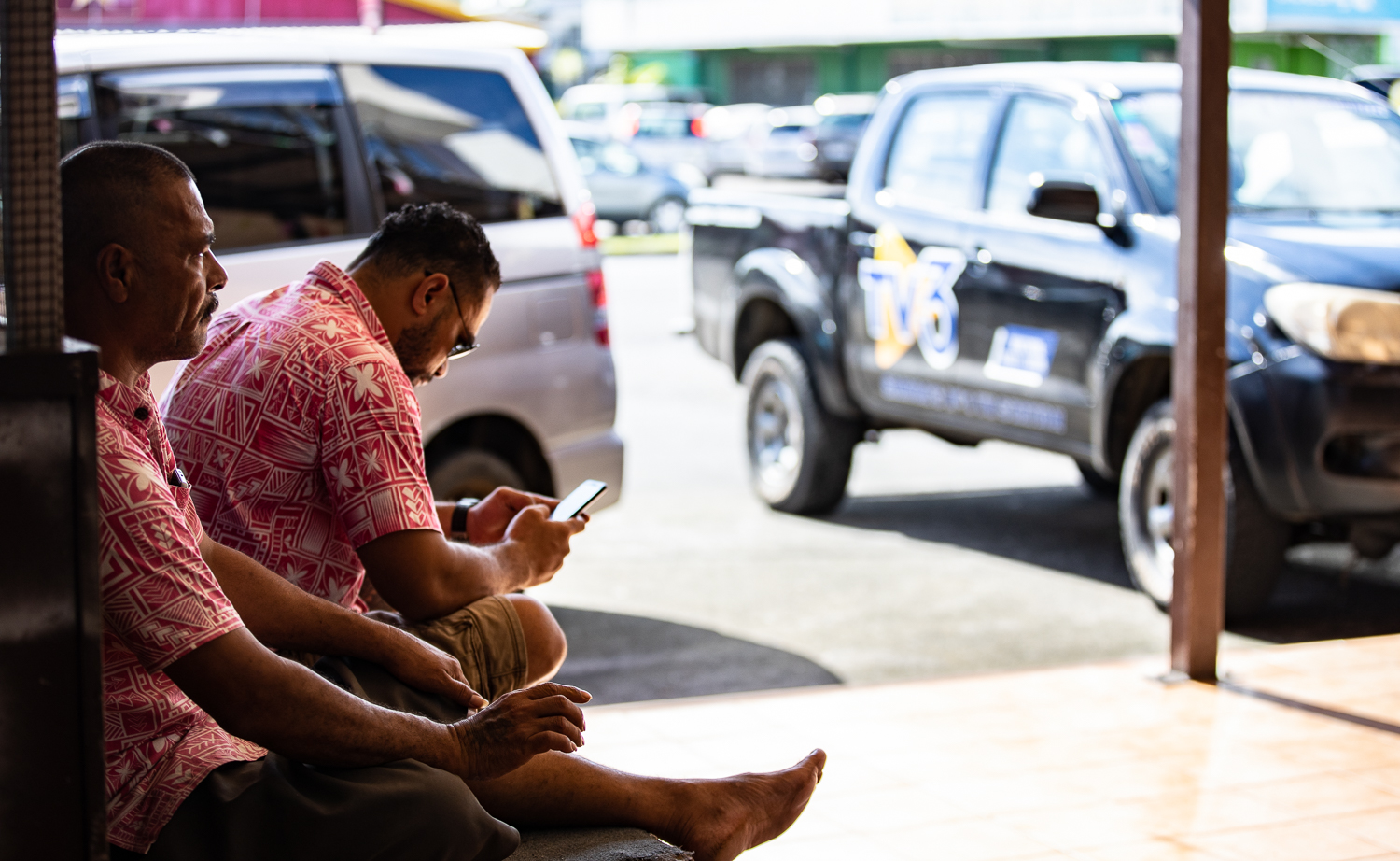 One business in Taufusi, TV3 Apia Broadcasting, lost power around 9pm Monday and switched over to their generator. But five minutes into their breakfast programme on Tuesday the generator cut out, forcing them to cancel the day's broadcast. 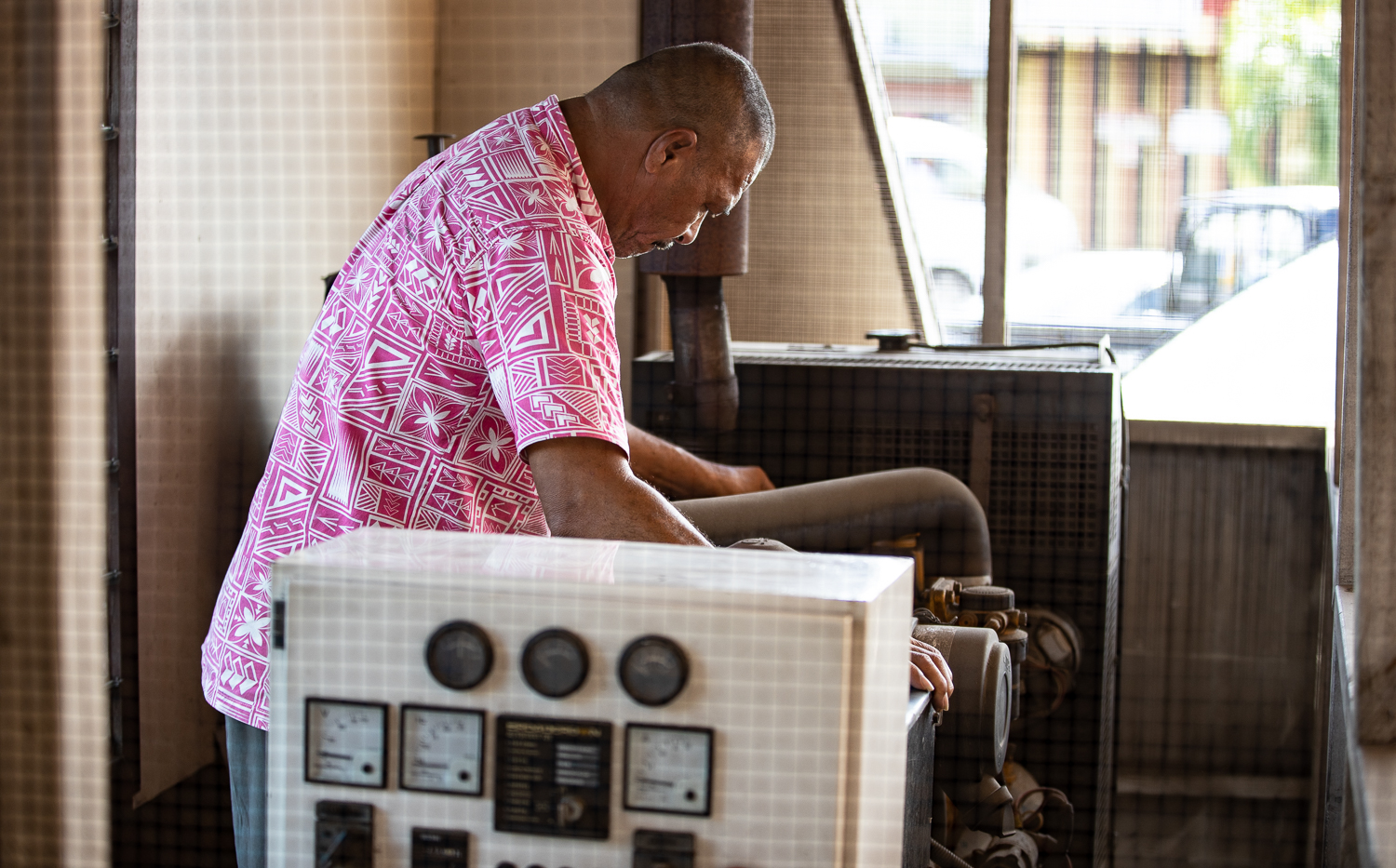 General Manager Aotearoa Pesamino said she is trying to be patient and have faith in the E.P.C. to get power back, as workers were setting up down the road to try and restore power.

A technician, Malaefilifili Isaako, said there was not much he could do with the generator and needed the support of a specialist engineer to restart it.