Sixteen-year-old, Tasi Pritchard, has been named the 2019 dux of Avele College.

The Commerce student claimed top place in Accounting, Economics, Computer Studies while ranking in the top three for other subjects including Mathematics.

Tasi credited his achievement to God, saying constant fasting and his relationship with God gave him the strength to persist through a tough year.

During university orientation on Monday morning, Tasi told the Samoa Observer that he had prayed to become the top student in his class for 2019.

Tasi is the youngest member of his graduating class.

“I was so happy about the announcement,” he said.

“But it did not come as a surprise because I know that God is faithful and this is what I asked Him for.

“God knows the person who is honest with him and works accordingly. I relied on him so much, I did not doubt that He would reward me, and He did.” 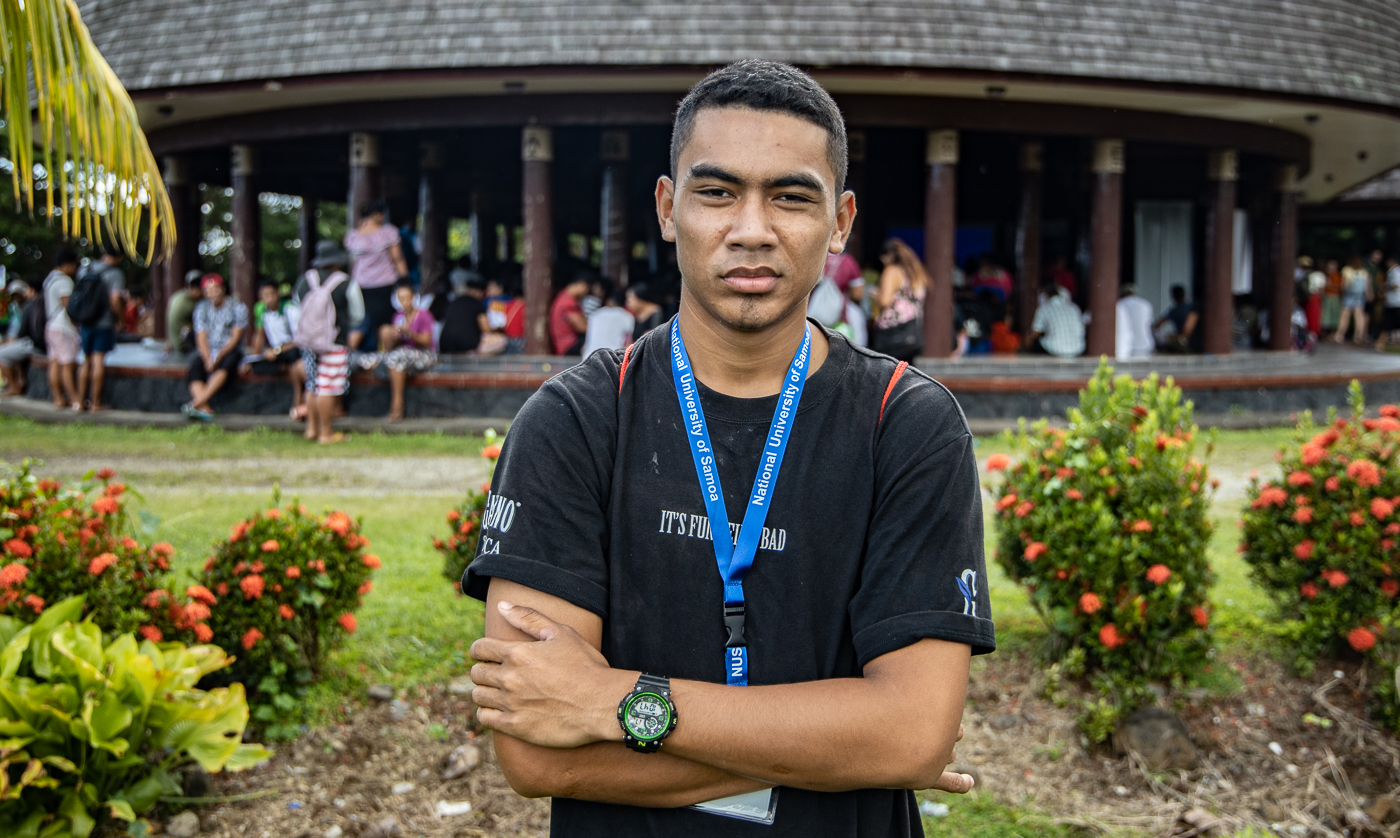 The young man from Lepa Falealili, Faleula and Vaigaga shed tears of joy as his parents thanked him for making them proud with his achievements.

“Who wouldn’t cry when seeing your parents cry and saying that they are proud of you?," he said.

“I was surprised when they told me to say something in front of everyone and all I could say was: ‘God is good’.”

Tasi is the oldest son of Lomitusi and Winnie Pritchard and the second of five children.

He told of the challenging assessments during the year, saying there were times when he would confess to his parents that he was “struggling and pressured”

The soft-spoken young man said his parent’s advice was always the same: “Do you not have a living God? The reason why you are struggling is because you are relying on your own understanding.”

“I know [being dux in Avele] is not the end, it’s just the beginning for me,” he said.

“Now that I have seen the environment [in university], if I do not continue to rely on God, my academic year will not end well.”

Despite not being sure about what he wants to be in the future, Tasi said his priority right now is to be awarded a scholarship to Australia by the end of the year.

“I will continue to work hard and fast,” he said.