One of the cancer patient, Luluga Fabricious Woo Ching with family at the church service. (Photo: Aufai Areta Areta )

A church service at the Methodist Church at Matafele was held to mark Samoa's observance of World Cancer Day.

The official date for the worldwide day of awareness raising about the deadly disease is February 4 but it was marked two days ahead of the global commemoration. 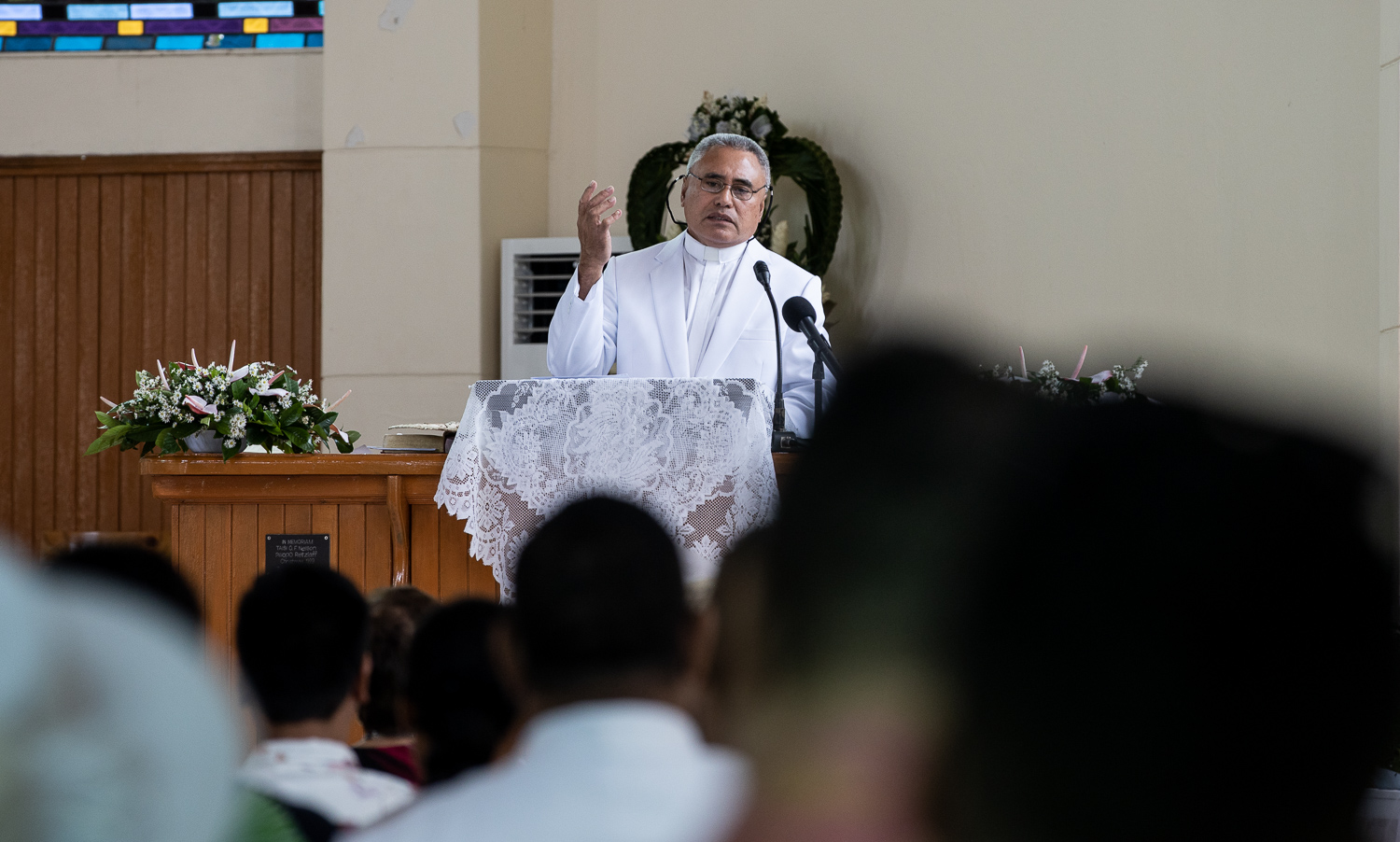 According to the Chief Executive Officer of S.C.S., Shelley Burich, the service was significant as it acknowledged those who have cancer and those who have lost lives  to it.

She added that it is also a day for collaboration with the Ministry of Health (M.O.H.).

“This is the second year we have done a prayer service and we will continue to do so and share it among all church denominations." 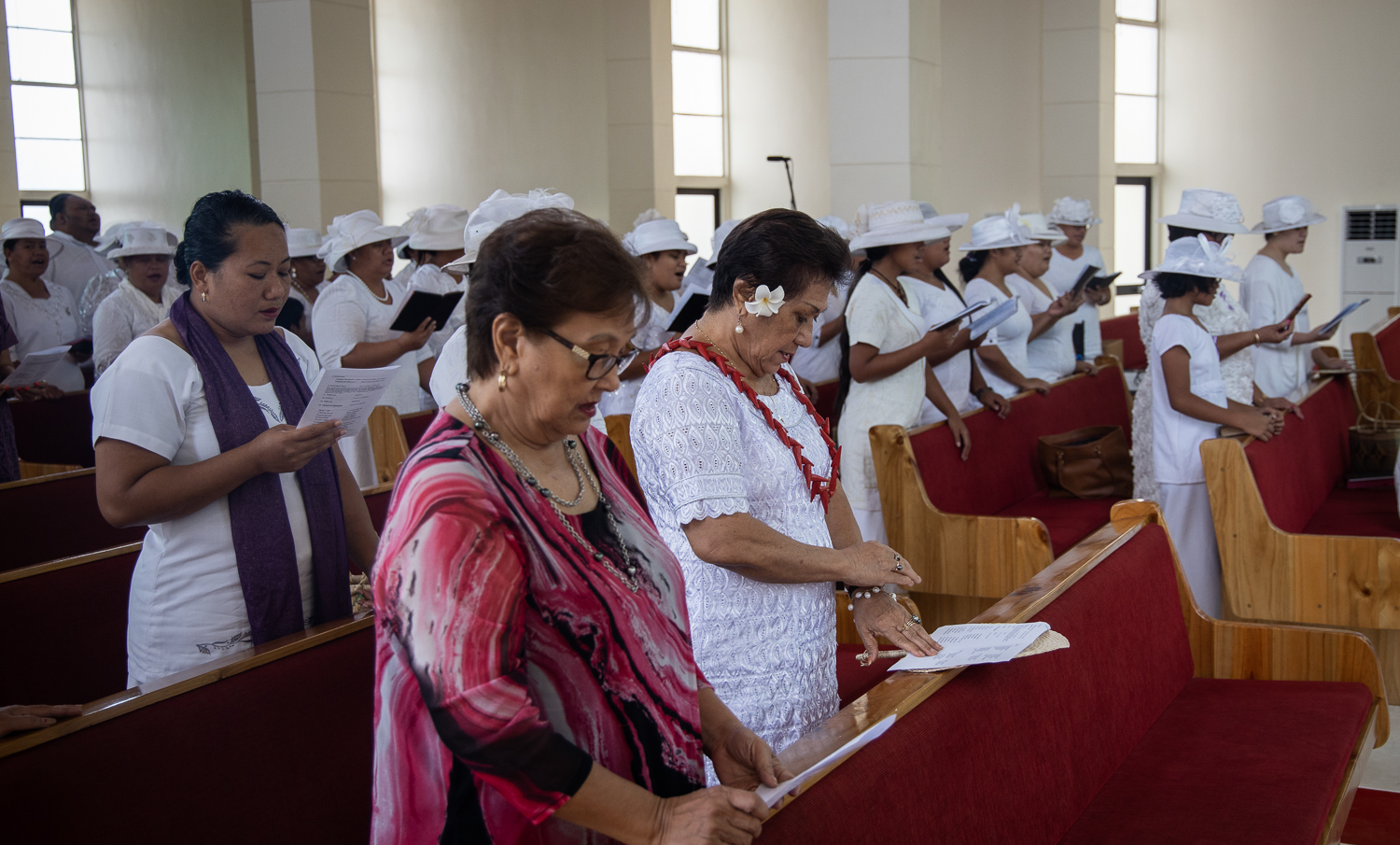 “I think it is good for this congregation that they feel that they are taking part too in World Cancer Day.

“It is a blessing to host the service before the actual day which is the fourth of February.”

Ms. Burich added that hosting the church service would signal Samoa's commitment to the day of global action.

“The global community is expecting to see the service or read it through various local media," she said. 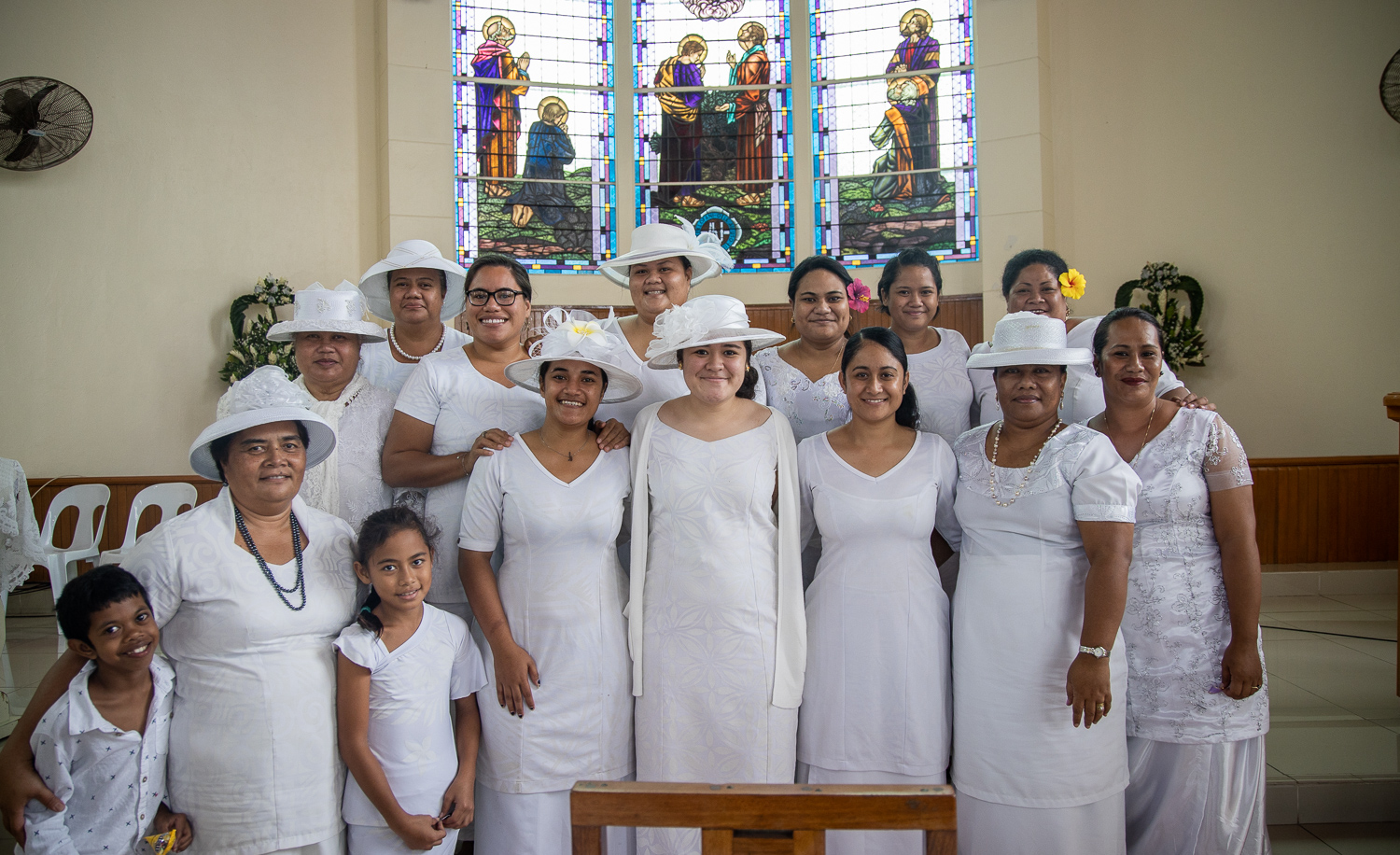 “It is telling the global community that Samoa may be a small island but we are doing a lot of good things and more importantly.

“The good thing that will come out of it is what we can do for not only those that suffering with cancer but also highlighting the need for improvement of cancer services here in Samoa.”

The C.E.O. of the S.C.S. also said the day will raise awareness about eliminating cancer or preventing people from contracting it.

“I am grateful that the Government of Samoa recognises it as a national day," she said. 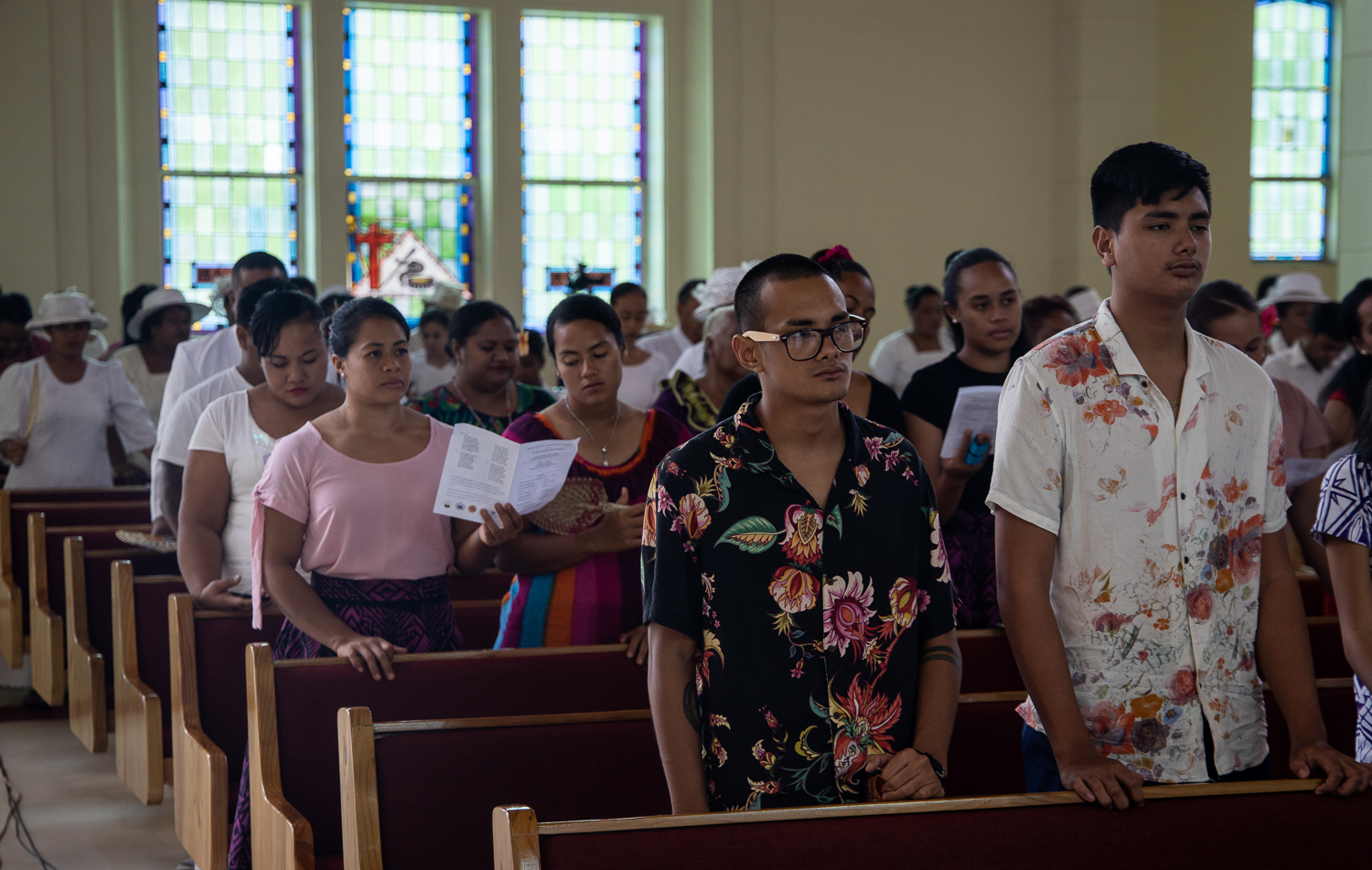 “For this year we will continue our outreach programmes on different cancer topics but we have three focuses this year.

She said that of the cancer cases presented in Samoa, 90 per cent required referrals to palliative care, which she said underscored the importance of palliative care services to treat patients in the disease's latter stages.

“Another focus is cervical cancer, I know that there is a vaccination programme coming to Samoa next year and we will be helping the Ministry of Health to help inform people about the Human papillomavirus vaccines.”