“It’s been our plan to have R.A.S. as another opportunity for kids to progress through not only rugby, but also education-wise,” Leituala Joe Chan Ting said. (Photo: Thomas Airey)
Rugby union
Grassroots

Rugby Academy Samoa (R.A.S.)’s Saturday sessions for children between five and 19 years old are back in full swing for 2020 at the Lepea Field.

The programme started in 2014, and over the years manager, Leituala Joe Chan Ting, has watched players grow under R.A.S.’s watch.

“A good example is Timo Fiti, he just played his first game for Japan last weekend in the Hamilton Sevens,” Leituala said.

Other Academy graduates have made it to clubs and schools in Europe and Japan, with R.A.S. facilitating them getting overseas scholarships.

“It’s been our plan to have R.A.S. as another opportunity for kids to progress through not only rugby, but also education-wise,” Leituala said.

“Education takes you further, the rugby is the bonus.” 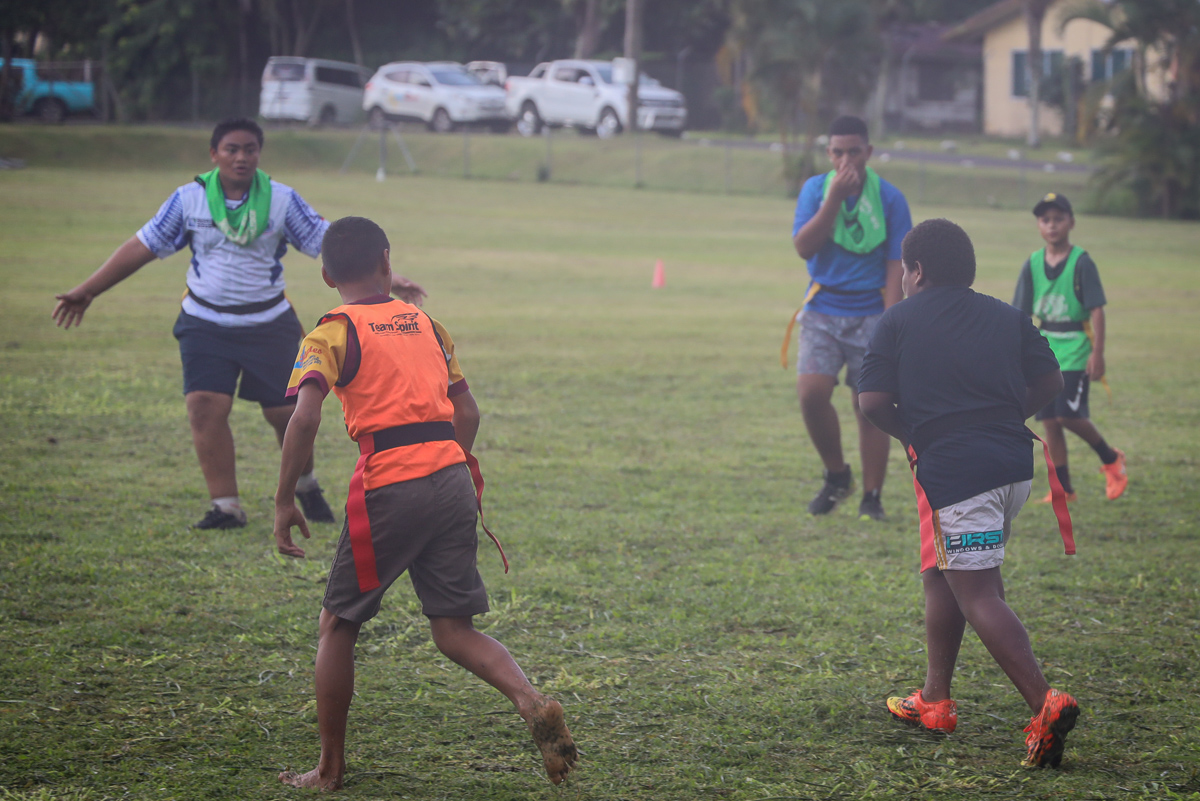 Leituala said around 200 children have made it to the first two sessions this year, and there were about 300 in the Academy’s database for 2019.

Leituala said they focus on teaching the basics first and foremost.

“We always try to hammer in the basics, once the kids master that, anything can happen.”

Each Saturday session costs $5 tala per participant, which along with donations and the management's own money make the programme possible.

“We don’t have funds to run this, but we still keep it going because of our genuine drive to improve rugby in Samoa,” said Leituala, welcoming anyone to donate to the Academy.

"Grassroots programmes like R.A.S. are vital for the future of rugby in Samoa."