The announcement was made during the prize giving hosted by the Samoa Observer News Group at the Sanita Hotel at the Mulinuu Peninsula on Friday evening.

The event marked the launch of three publications from the competition.

The first was the translation of the 2016 Samoa Observer Tusitala Short story competition book “Only the Word Survives” in Mandarin by China’s Ambassador to Samoa, Wang Xuefeng, and his wife, Madam Tong Xin.

The Rest of the Pacific category winner was “Fa’aleleiga” a story by Tamari Mulitalo Cheung of American Samoa.

The Samoa category winner is Rebecca Lolo of Savai’i.

Mrs. Lolo was the only one of the winners present at the event.

She told the attendees that it took a lot of convincing for her to attend because she did not expect to win anything.

An emotional Mrs. Lolo thanked the Samoa Observer News Group saying, it is an honour. 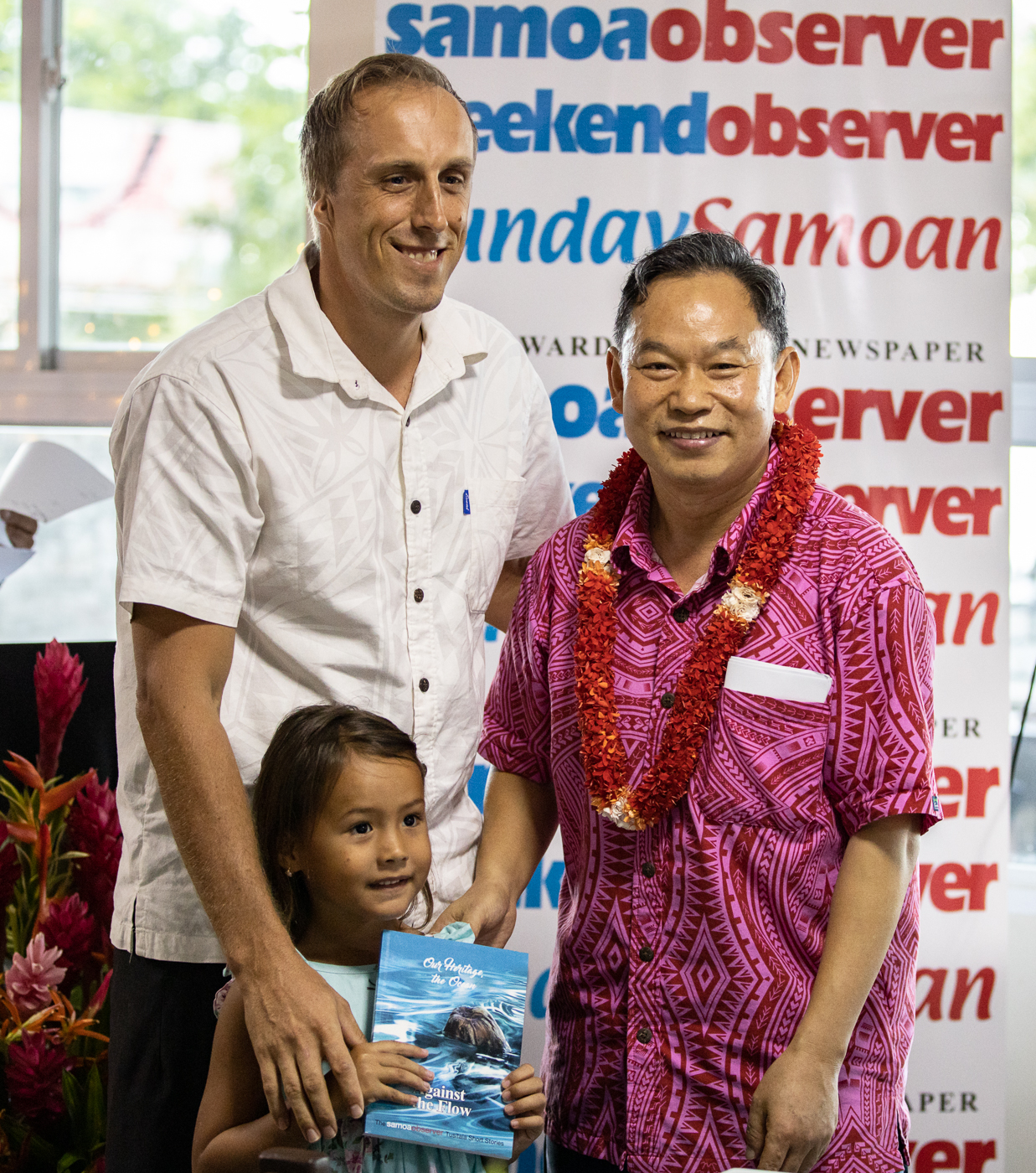 Ambassador Chao said that the Chinese Embassy in Samoa will continue to support the programme for years to come.

“This competition is actually a really great stage to showcase the lives and thoughts of Pacific People to China and other parts of the world,” he said.

The Sunday Samoan will carry more reports and photos.