Samoa U20s stand up to older peers in practice run

The Samoa Under-20s (in white) will have one more practice match against their U23 counterparts next week. (Photo: Aufa'i Areta Areta)
Rugby union

Samoa Under-20s put up a strong fight against the Under-23s in their practice match on Friday at the S.R.U. Fields in Tuanaimato, going down, 17-15.

In the second of three weekly warm-up games between the teams, the U20s got out to a 15-0 lead before succumbing to their older counterparts.

Head coach, Falana’ipupu Setu Tuilaepa, thought his team improved from last week’s match, especially in terms of their fitness and use of the ball.

“We were lacking at the line outs; our throws weren’t good but overall it was better than the last game,” he said.

Falana’ipupu said their misfiring line out was down to individual errors from the hookers:

“Three hookers played today and no one [got it right].”

He said they will all be doing a lot of throwing practice before next Friday’s game.

The Under-20s scrum was also put under pressure by the older, larger forward pack. 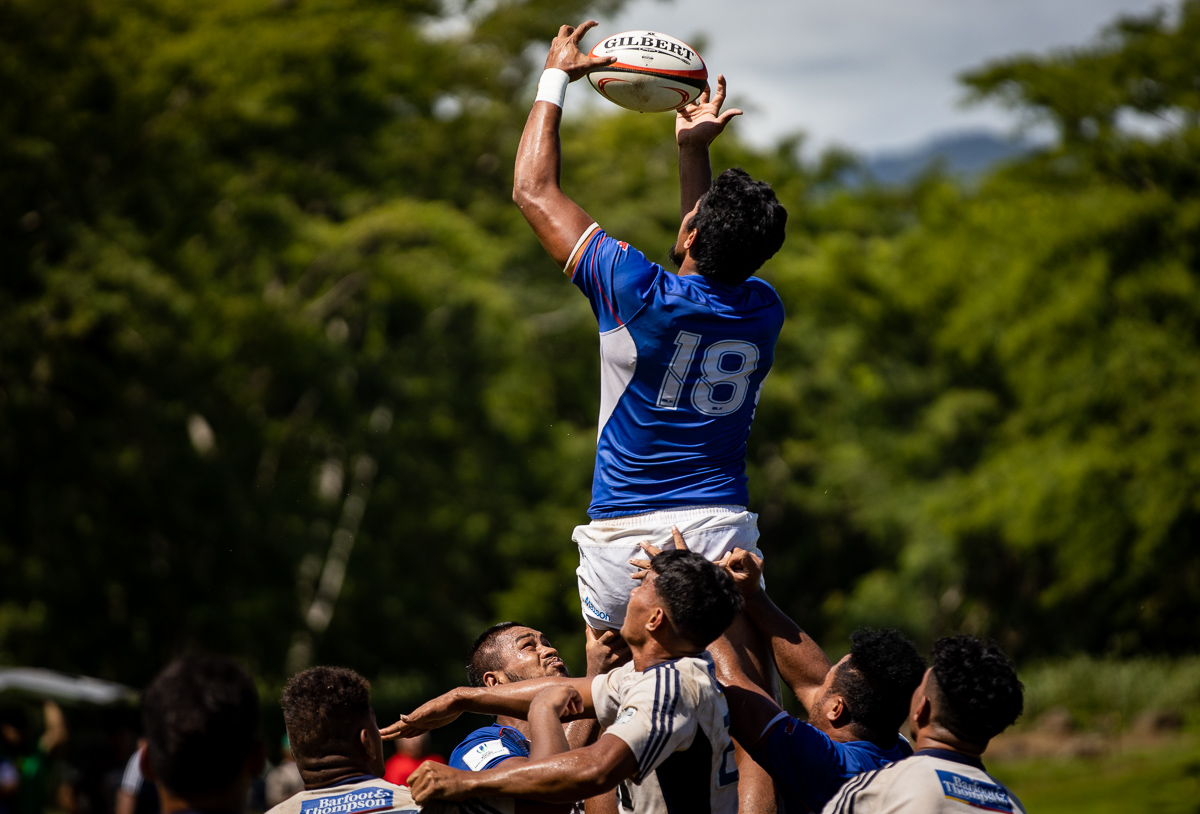 “I think Tonga is like that size, so we’ll work on that and look for some big locks,” Falana’ipupu said.

His team have three more weeks to prepare for their Oceania Under-20 Trophy match against Tonga on the 22nd of February.

The coach was happy with his team’s defence against those larger Samoa Under-23s, particularly during the first half.

Under-23 coach, Muliagatele Brian Lima, said the games are mainly to benefit the Under-20s, since their tournament comes before the Under-23’s World Rugby Pacific Challenge in March.

“They asked us to play like Tonga, with drives from the line out, scrum, using the forwards to take the ball up all the time.”

Falana’ipupu said three players from overseas are joining his squad of 35 next week, when it will be cut to the 28 allowed for the Oceania Trophy.