Strength training on the menu for Samoa U20 rugby

Samoa’s Under-20 rugby squad have turned to the nation’s champion weightlifters to help them prepare for the upcoming Oceania Trophy.

The squad are working with the S.W.A. Samoa Weightlifting Team and their coaches out of the S.W.A. High Performance Centre at Gym 3, Tuanaimato.

Samoa Weightlifting Federation president and coach Tuaopepe Jerry Wallwork got the High Performance Centre off the ground last October and since then it has hosted elite weightlifters from around the Oceania region for training camps.

The Federation also offer free use of the facilities and strength training to other sports in Samoa, with the Samoa Rugby Union particularly interested since before the centre opened. 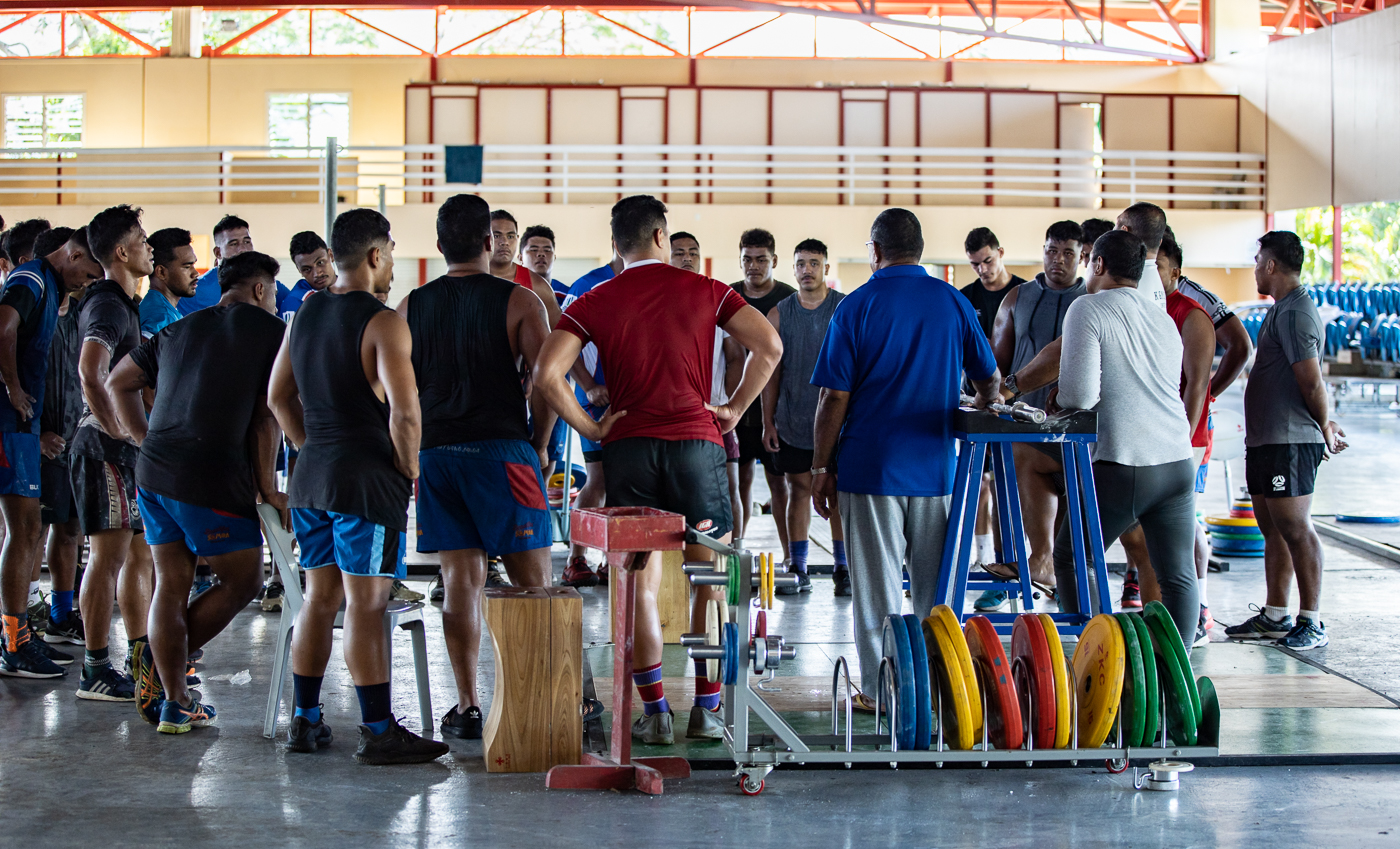 The Under-20s are now training there once a week as part of wider preparations for their Oceania U20 Trophy game against Tonga on the 22nd of February.

Coach Falana’ipupu said the other key things they are working on at the moment are skills and combinations between players.

“There’s about seven or eight overseas players, so we’re trying to put them all together and get them comfortable with each other,” he said.

His team will play a warm-up match against Muliagatele Brian Lima’s Under-23s on Friday, which Falana’ipupu said will be pivotal in their work towards the Trophy:

“So we can train and make a plan, and see how it goes in that game, what we need to work on.”

Both age-grade squads have been in training since late-last year; the Under-23’s in preparation for the World Rugby Pacific Challenge and Manuma Samoa Global Rapid Rugby   campaigns in March.

The Under-20s held final trials two weeks ago from which a squad of 36 plus 16 reserves were selected to prepare for the Oceania Trophy.