A medical worker writes their colleague's name on a protective suit to aid in identification as they work at Zhongnan Hospital of Wuhan University in Wuhan in central China's Hubei Province. (Photo: Xiong Qi/Xinhua via Associated Press)
Health

Quarantining or rejecting travellers from countries with few cases of the new coronavirus may be a “step too far.

That's the opinion of  Dr. Ian Mackay, a Virologist and Associate Professor at the Queensland Child Health Research Centre and the University of Queensland.

This week, six passengers from a province in China with 18 confirmed cases of the virus, were deported back to Fiji where they landed in Samoa from, following recently implemented Cabinet policy.

According to Fijian Health authorities, five of the passengers cleared their medical tests on their second trip in Nadi, while one is waiting for further testing. But they are all in quarantine until cleared to fly.

Dr. Mackay believes if passengers are healthy, they should be allowed to move freely.

“If they were intending to be travelling and they are healthy, there is not much more you can do,d otherwise we are going to be creating massive interruptions to travel worldwide,” he said. 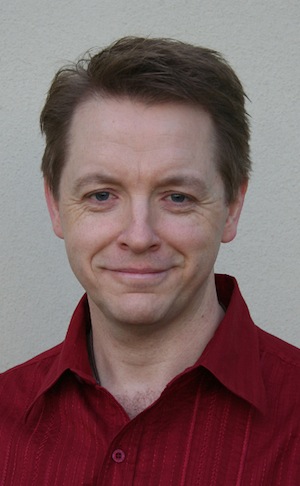 “If they were ill, obviously they should be stopped and treated at the site they were detected, that would be the usual way things go.”

He said while there is a chance the passengers could be incubating the virus, if they are healthy at the time of screening they should be allowed to keep moving.

“It’s important to note that travellers are going to land, the virus will spread relatively easily from human to human by the looks of things and that makes it impossible to stop it from coming into the country,” Dr. Mackay said.

“It’s at the border where you want to stop it from spreading further into the country.”

On the same flight were two Samoan sailors, who had stopped in China for two days en route home. They have both been quarantined at Faleolo District Hospital since Sunday night, as it has become a quarantine facility for infectious diseases.

He said thermal scanning or checking people for fever, is not “hugely effective” but has worked in some countries. But on people not yet showing symptoms, scanning cannot do much. The virus, which has an incubation period of anywhere between 10 and 14 days, can slip into countries unnoticed – in people who are well when they arrive at a border.

“Border control is good, and questionnaires are good to make sure people own up to any illness they have got but they are not going to stop the virus from entering.

“The next layer is personal protection: what do we do to stop getting sick,  and that is the same as the flu.”

Dr. Mackay said avoiding sick people and places with sickness, staying home if unwell and maintaining good hygiene and a healthy diet are a good first line of defence against any virus.

He said going beyond border control and stopping people from entering a country at all can have major economic ramifications, especially as the disease spreads.

Today, Samoa’s list of countries, from which passengers will be denied entry without medical clearance is growing. People are also expected to ‘self-quarantine’ in countries, which have had no confirmed novel coronavirus activity, for at least 14 days before landing in Samoa.

But there should be a distinction made between confirmed cases and known widespread transmission of the virus, Dr. Mackay said. He said that makes just Wuhan in Hubei Province  and some other parts of China worthy of a travel blacklist.

“We can’t lock ourselves down; we are in a very globalised and connected world.

“The best thing we can try and do is try and catch cases, trace the contacts and keep an eye on them for illness.

“Quarantine may be a step too far depending on which country the traveller is coming from,” he said.

Having travellers be more open and honest about their health during and after their travels will make it easier to treat and trace the disease, especially as there are so many people flying around the world during what the flu season.

“In China it’s going to be hard to find those cases because it is peak flu season. The virus has nestled itself amongst other causes of similar diseases at this stage, at a time of mass travel,” Dr. Mackay said.

“Even before the borders were shut there were millions of people who had left Wuhan to other parts of China and that is why we are seeing cases pop up all over the place.

“It’s an ongoing story that we shouldn’t panic about but we should be keeping our eye on to see what authorities are telling us is happening and what we should do next.”

Dr. Mackay writes about his field in his blog https://virologydownunder.com/ . You can follow his analysis of the Wuhan coronavirus as well as his previous writing about Samoa's measles epidemic at his site.