The Chairman of the Samoa Rugby Union, Tuilaepa Dr. Sa’ilele Malielegaoi's claims that Samoan rugby players have become since the 1991 Rugby World Cup, have been disputed by data from World Rugby.

The data shows that the median height of Manu Samoa players since 1991 has increased so that players are now taller.

At the launch of the Vailima Marist Sevens tournament on Friday, Tuilaepa brought up the prospect of starting “breeding farms” to produce better international rugby results.

“What we are certain of is that our players today are getting shorter,” Tuilaepa said in his speech at the launch.

“It’s hard to find some tall boys like the [Manu Samoa] team of 1991, those boys were so tall they nearly reached heaven and they were very muscular.”

However, the median height of the 1991 Rugby World Cup side was just 1.83 metres (6 feet), according to squad data from World Rugby.

That’s a full three centimetres shorter than the average height of the 2019 squad, and the 1991 side were actually the shortest in Samoa’s Rugby World Cup history. 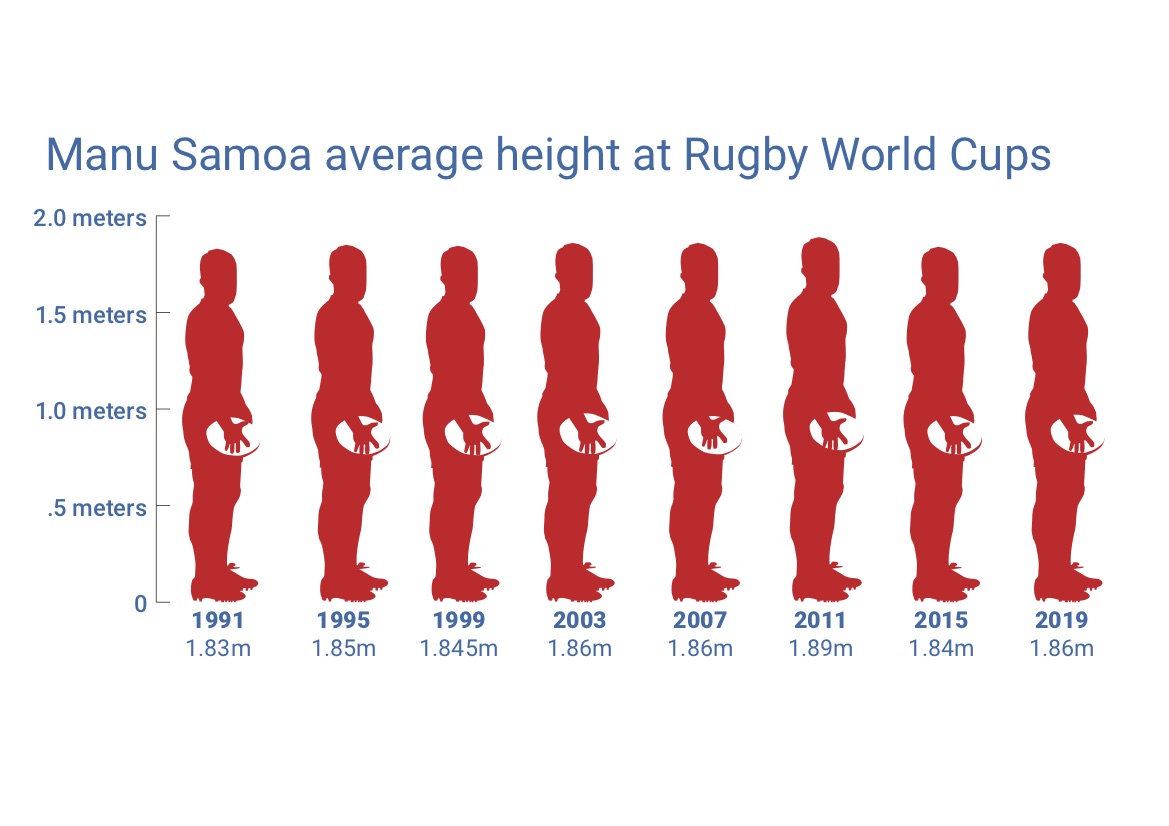 Tuilaepa said the idea of starting “breeding farms” was first broached by the Minister of Education, Sports and Culture, Loau Keneti Sio, in Parliament.

The Prime Minister said the breeding programme will use “tall and short people with the aim that they will give birth to “some tall people,” and that the idea was well supported by Parliament.

“We’ve found that our boys are shorter and don’t have a lot of muscles, and because of that, their hearts are also shorter and weak,” Tuilaepa said.

It is also hard to believe that modern players would be less muscular than those of 1991 before rugby turned professional, and given the advancements in training and nutrition in the almost three decades since then.