Mariyon Mah Yuen one of the climate change activists. (Photo: Vaitogi A. Matafeo)

Young people from around Upolu planted 200 trees at the Samoa Victim Support Group's (S.V.S.G.)  Campus of Hope at Tuanaimato on Saturday.

The greening project was led by a junior member of the S.V.S.G., Marion Tavai-Fruean. 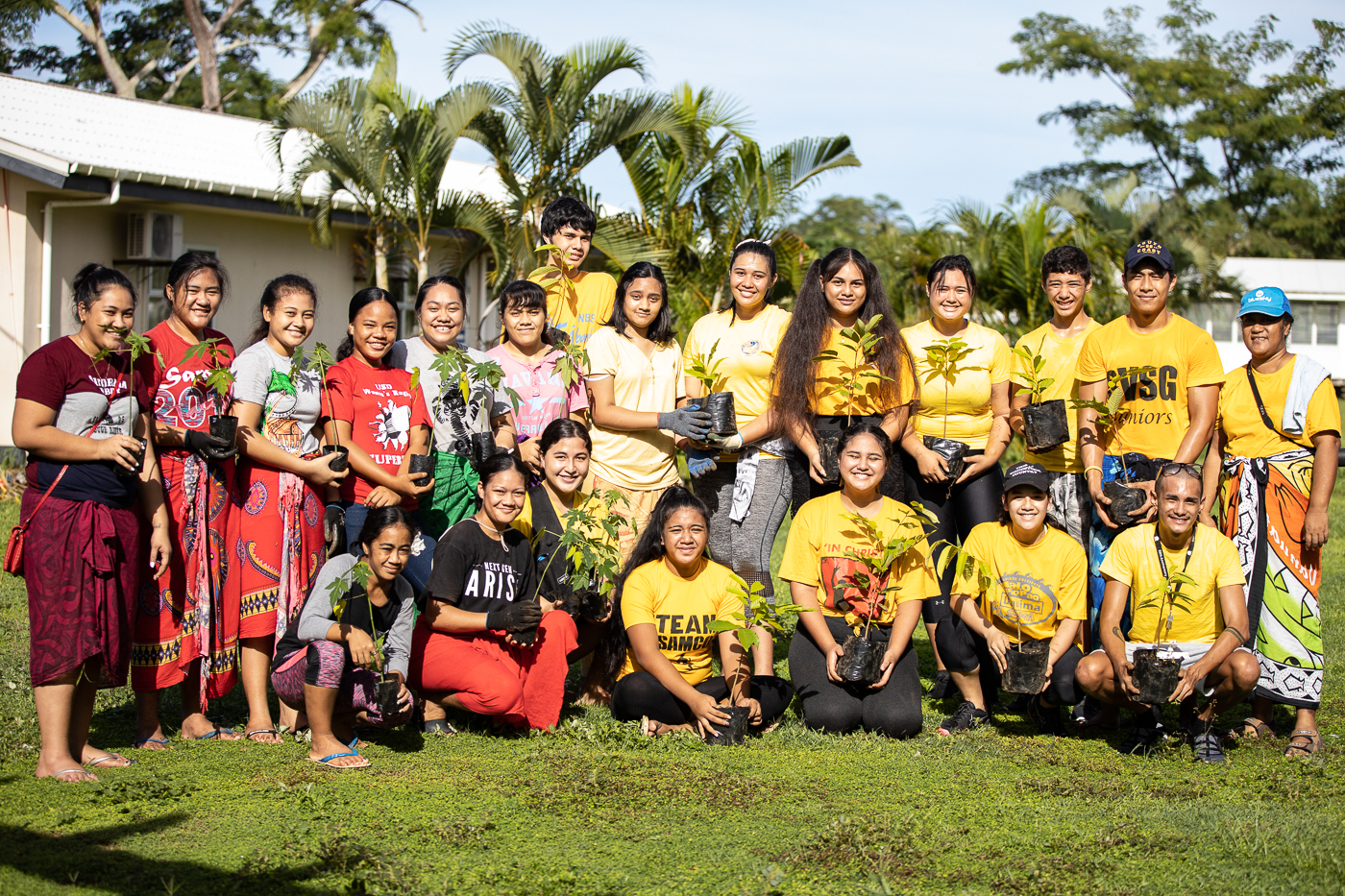 More than 15 young people, including climate change activists from Samoa College and Robert Louis Stevenson School, the Seventh-day Adventist Church, Faleula and the Congregational Christian Church of Samoa were involved in the environmental drive.

One climate change activist from Samoa College, Tiperia Leatuolo Tuatagaloa, said that it was the first time she had joined a group with such a cause.

“I chose to be part of a cause that can help make a change for the better in our environment,” she said. 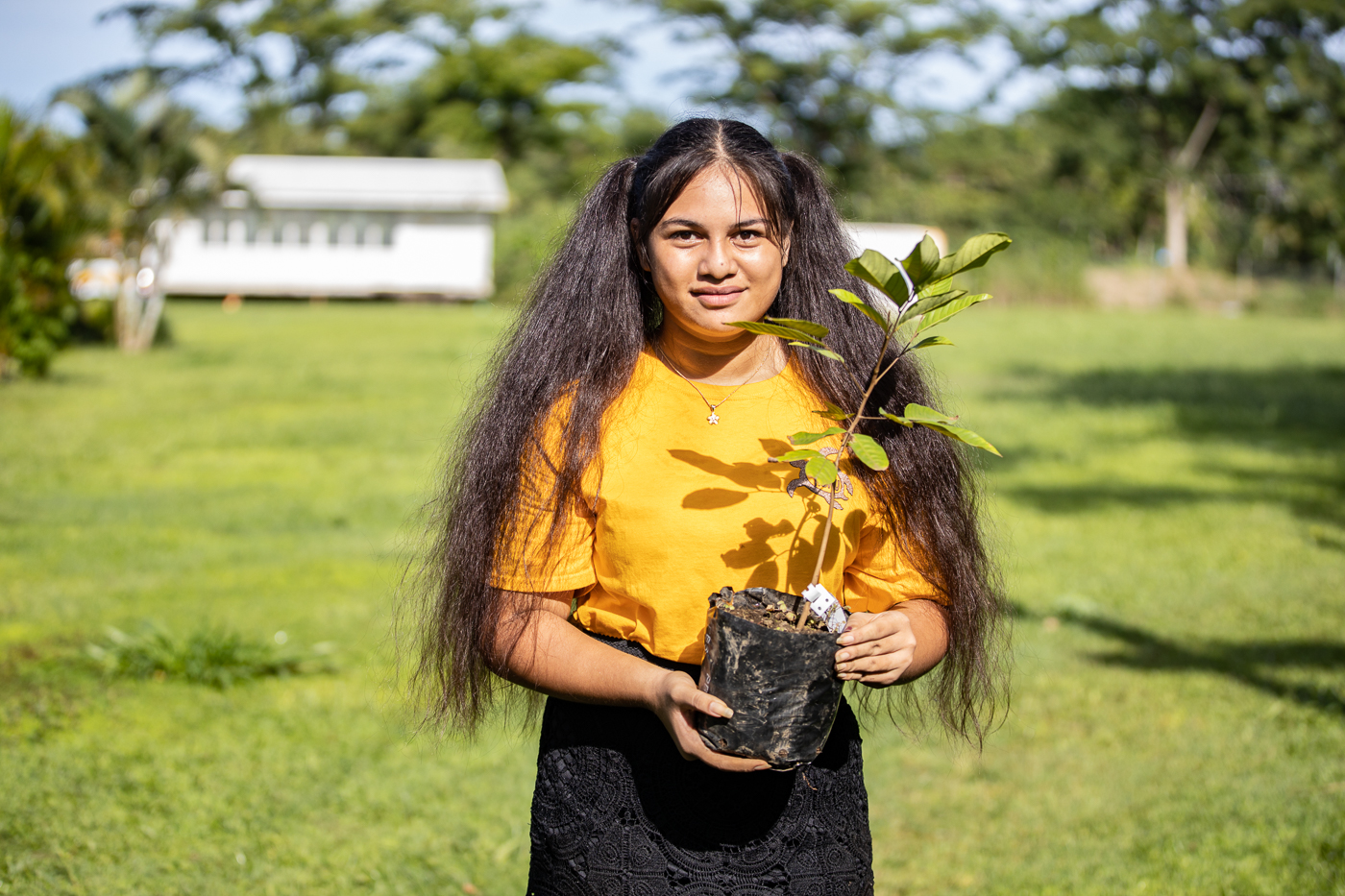 Ms. Tuatagaloa said the importance of their work planting trees was to increase the supply of oxygen.

“And because the plants we planted are mostly fruits and vegetables this will contribute to a healthy lifestyle in terms of food consumed by the children at the [S.V.S.G.] Campus,” she said. 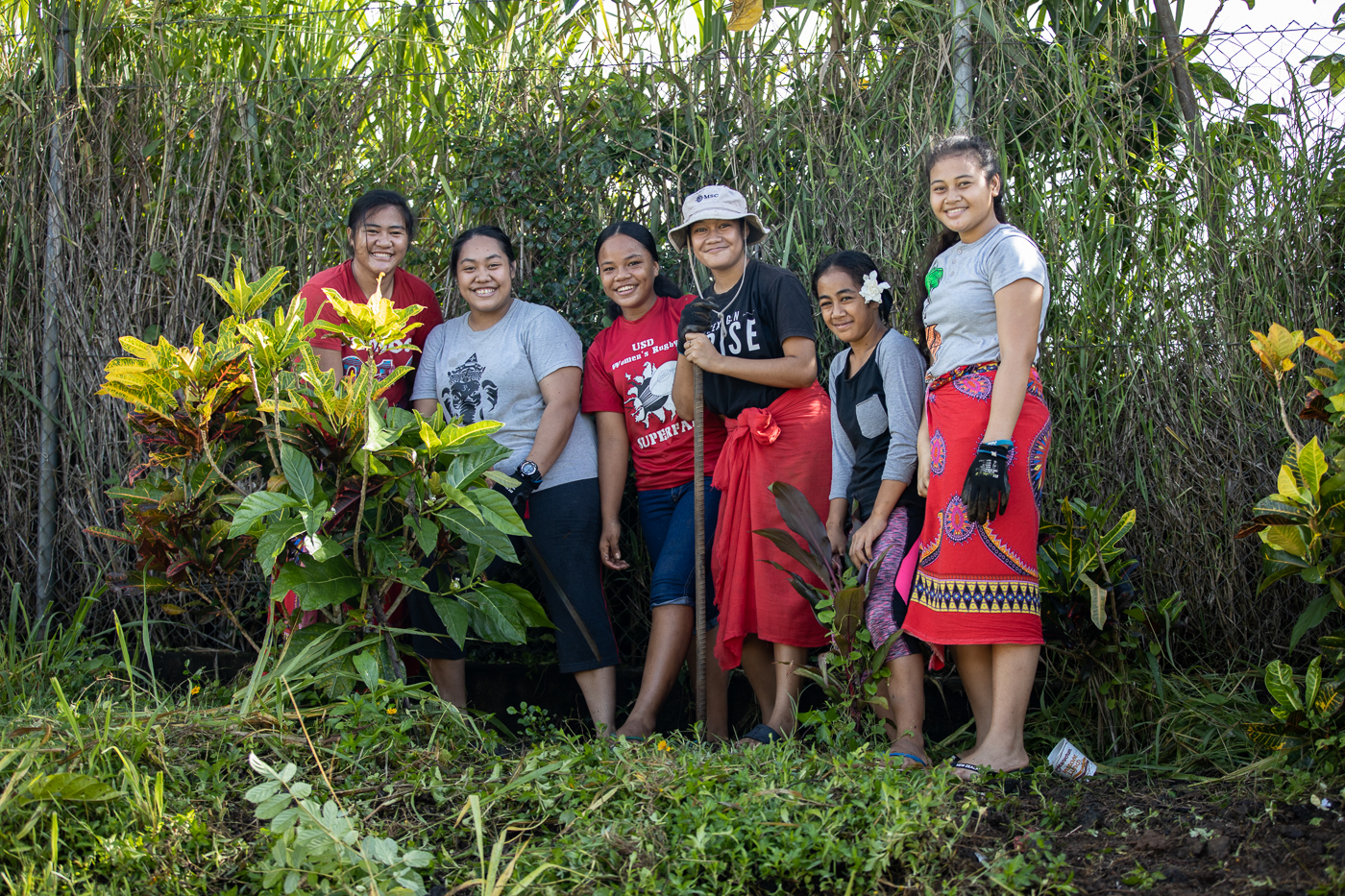 “We are using all renewable resources and this is a follow-up from an initiative we already conducted such as cleaning and educating families who lost loved ones to measles on reusing materials," she said.

“We chose to do the work in the Campus of Hope because we wanted to leave a mark in the campus so that we not only helped the environment but also the children or victims of various forms of abuse.

“We settled a partnership with the Ministry of Agriculture and Fisheries and they will be supplying plants for us every month.”

The 16-year-old added that they will continue not only focusing on reusing materials but also planting more trees in the community.

“We encourage other youths to join because it is important for youths to help out in reality your example changes the world not your opinion," she said.

President of S.V.S.G. Siliniu Lina Chang thanked the parents of the young climate activists for allowing them to do their part in addressing the priority concern for the environment.

The Group's Campus of Hope is designed to provide shelter to children who have been removed from dangerous family environments.