By comparing rates of different diseases to the results of the water testing, scientists can investigate potential causes and work towards prevention and treatment. (Photo: Vaitogi Asuisui Matafeo)
Health
Education

Researchers from Samoa and New York University (N.Y.U.) have teamed up to gather a radical quantity of fresh and salt-water samples to test for micro plastics, water quality and the microbiology of Upolu’s rivers, lakes and lagoon.

Dr. Gary Goldstein, a researcher now based in Samoa, led a team from the Ministry of Natural Resources and Environment, the National University of Samoa, and N.Y.U. to gather water samples from 35 rivers, 39 locations in the islands lagoon, and three volcanic lakes.

For good measure, the team included four samples of rainwater and 11 bottled water samples to test too.

The entire mission was completed in two weeks, from December 1 to 15, in the middle of the measles crisis and the national state of emergency. Work only stopped on Sundays, and during the two-day nationwide shutdown for the mass vaccination campaign, Dr. Goldstein said.

“Everyone stepped up to the plate. There were phone calls after hours, on the weekends, mitigating issues that came up on a constant basis.

“Some places weren’t accessible by vehicle, they had to walk hours to take samples, a couple of rivers were try and were dead ends, but by and large the ability of these people to step up when there was a problem was impressive.

“Samoa should be proud of what happened there.”

One set of samples have been shipped to N.Y.U Abu Dhabi to be studied for their microbial diversity and identify any harmful bacteria using genomic sequencing – the work of determining the chemical make-up of the sample.

Another has been shipped to N.Y.U. College of Dentistry to be elementally analysed and studied for levels of microplastics.

“The question is, where are the microplastics coming from,” Dr. Goldstein explained.

“If we go out seven kilometres and we find there is less microplastic there, intuitively one might assume the contamination is coming down the rivers and into the lagoon.

The large scope of what the water is as large as possible based on what technology is available at N.Y.U, Dr. Goldstein said, because it is better to have the most data possible.

“There is no such thing as too much data... you always feel silly when you finish a project and think wow we should have looked at that. So why not do it all if you have the capabilities?” 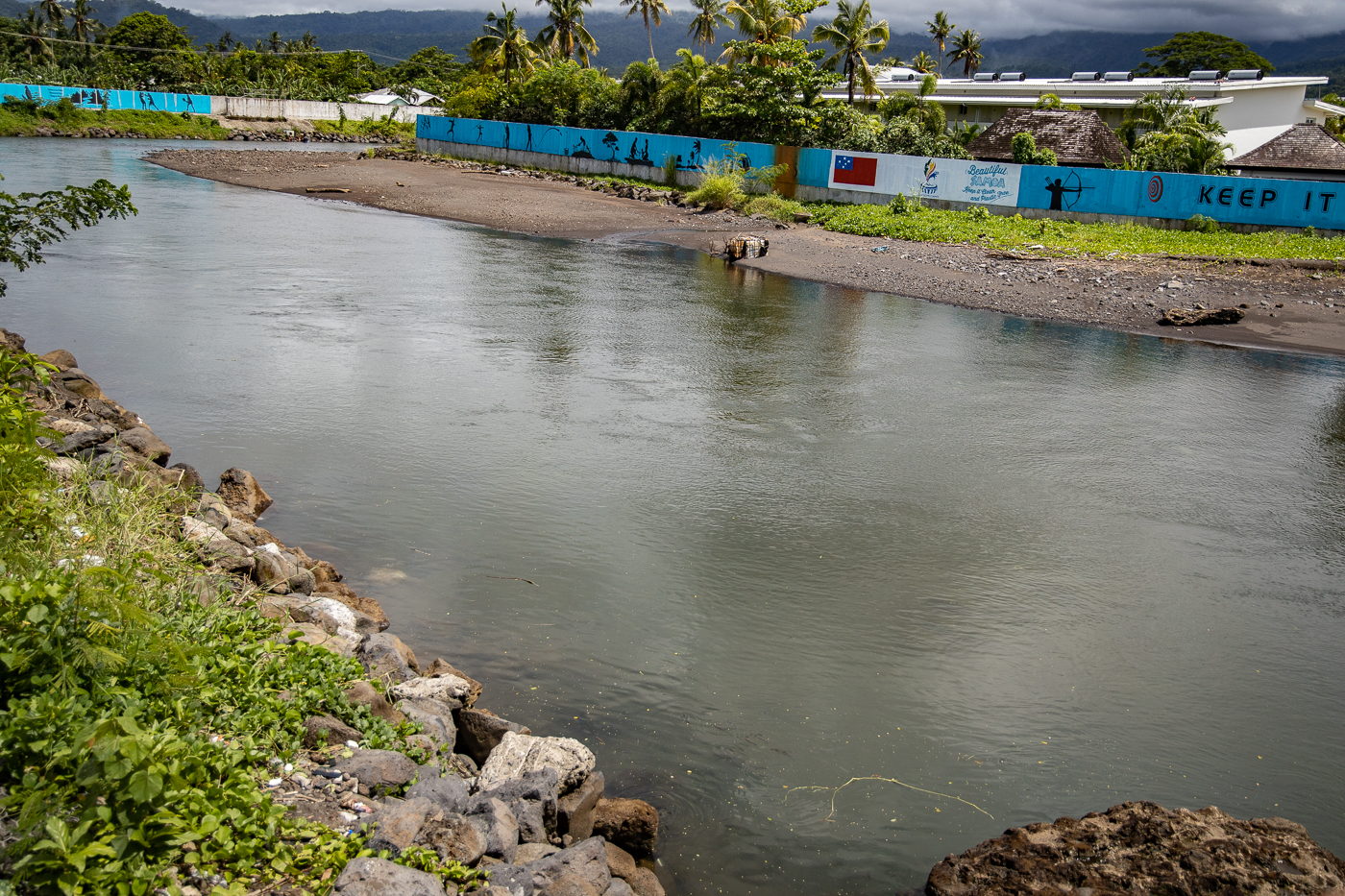 The final report will be submitted by May 1, and based on the findings will make recommendations.

One of the reasons Dr. Goldstein began pursuing a wide-scale test of the island’s water was the sorry state of the coral reefs, as compared with his other experiences in the Pacific. But another more personal reason was that early in his stay in Samoa, he developed cellulitis.

Cellulitis is a bacterial skin infection, which happens when bacteria enters the skin through cuts, wounds or cracks in the skin. It can occur in water if it there are high levels of bacteria there.

“The whole initial premise was to look at the water and once we had G.P.S, readings and we knew where it was, we can look at cluster effects for disease entities.”

Dr. Goldstein’s hope is that with the wide variety of testing being done, the researchers will be able to identify geographic clusters in the data which will support further research in those areas with respect to health challenges.

By comparing rates of different diseases to the results of the water testing, scientists can investigate potential causes and work towards prevention and treatment.

“If we know that something is going on we can look at that village and say why is this village having a bigger problem than other villages?

“Some of it may be related to our water study.”

He said the data may also be useful as a starting point for comparing tests done after some kind of mitigation effort based on the findings, to see exactly what difference it made and where.

For the mission, Dr. Goldstein brought over Dr. Timothy Bromage from N.Y.U. to analyse the composition and microplastics levels in the water, and Dr. Michael Ochsenkühn from N.Y.U in Ahbu Dhabi to study the water quality and microbiological content in the water.

Dr. Bromage is focused on testing water for every element of the periodic table, a process that until recently was expensive and took a long time.

Like Dr. Goldstein, he is a dentist, but is interested in what water can tell researchers about the rest of the systems in society using a Mass Spectrometer.

“The water is an arbiter of how a system works,” he told Global Health Nexus.

“If we were to study the elemental composition of water from a variety of environments, and then take this to early human fossil localities and retrodict what the nature of the water was at that time, we could explain something very intimate about an environment.” 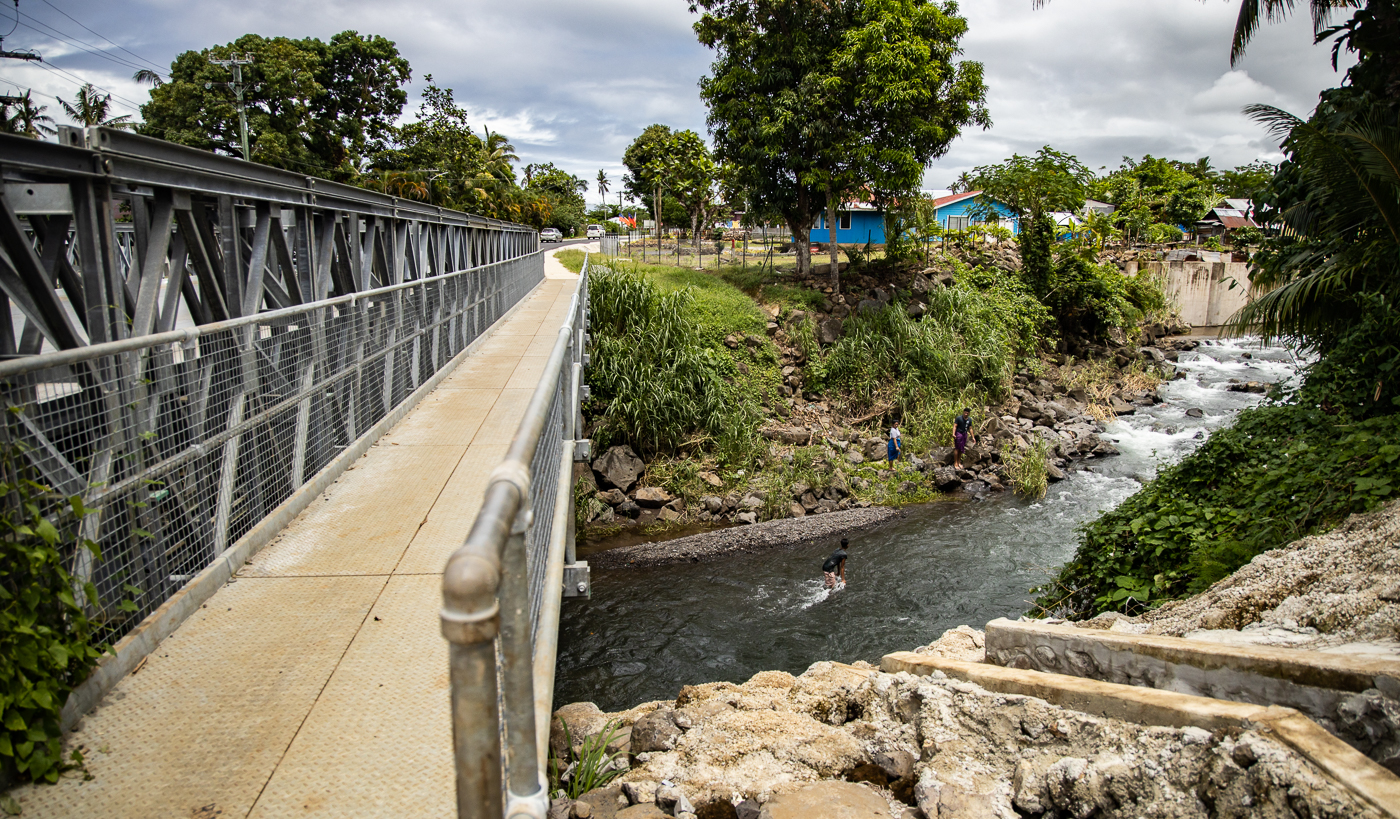 AquaSamoa provided the boat and scuba divers necessary for collecting water samples at 10 and 18 metres deep across different parts of Upolu.

Nine N.U.S. staff, led by Patila Amosa, joined the mission to gather samples, provided the base camp with all necessary equipment for the data collection. The University also developed a software programme to deliver data from tests sites to a central processor to be collated, Dr. Goldstein said.

In order to map the island and determine where samples would be taken, the research partnered with Emarosa Romeo and a team from the Ministry of Natural Resources and Environment, and provided the team with aerial maps, G.P.S. coordinates and helped coordinate access to villages where tests needed to be done.

The whole mission was also an opportunity for the University and Government staff to work a project they may not otherwise have done, including conducting preliminary tests at N.U.S.

“We also purchased an underwater drone, and we trained M.N.R.E. and N.U.S on utilisation of the drone, and the drone will stay here,” Mr. Goldstein said. The drone was purschaed with funds from the United Nations Development Programme.

“You can take videos, still pictures, and make a decision on whether it is a site you do want to visit or don’t want to visit, and have a visual representation with G.P.S coordinates without sending a diver done,” Dr. Goldstein said. “You are a lot more efficient.”

The entire project had the blessing of Prime Minister Tuilaepa Dr. Sailele Malielegaoi, which for Dr. Goldstein was essential.

“My ability and desire to forge ahead was due to the Prime Minister having  faith in me. His comments showed trust and I appreciate that,” he said.