The Government has unveiled a concrete monument sign outside the Fiame Mataafa Faumuina Mulinuu II (F.M.F.M. II) building, to mark the official launching of the project to map roads and street addresses in Samoa.

Emphasising the benefits of such a project to the public and private sectors, he said Samoans previously had difficulties giving directions without street signs and opted to use notable landmarks.

But that would no longer happen after the conclusion of the project as it would resolve challenges that landowners and property owners currently face.

Tuilaepa said the country's rapidly expanding urban development within the township of Apia is one reason why the project is important to the nation.

The project will look at a 2 kilometer radius from the launch site, and will gradually spread from the urban to rural areas, and eventually cover the entire country. 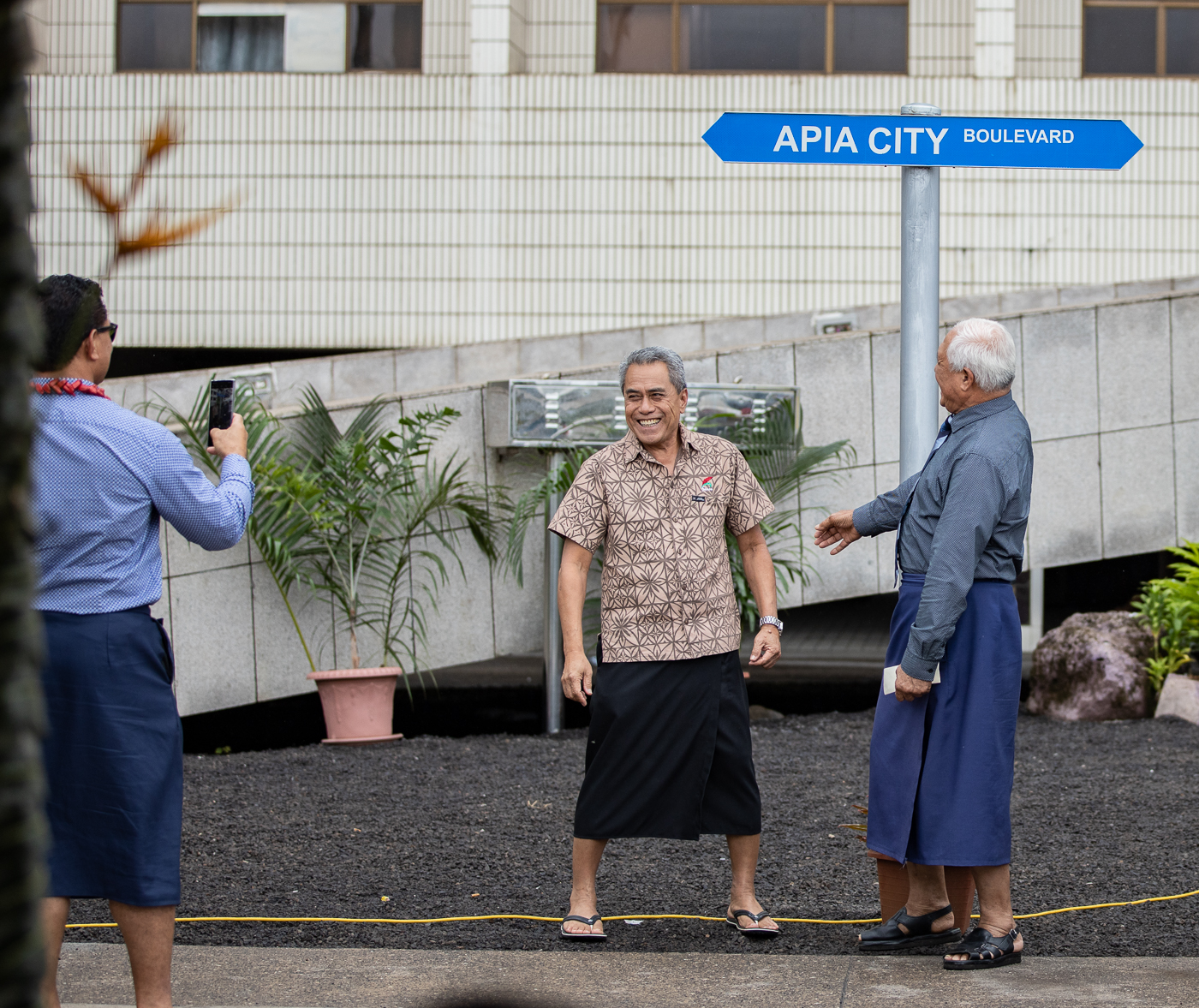 The Prime Minister said the project should get the support of the villages and mayors of outlying districts.

Ministry of Natural Resources and Environment (M.N.R.E.) Chief Executive Officer, Ulu Bismarck Crawley, said the launching marked a time for change when the plans will be realised.

“We will be doing consultation with the villages because 80 per cent of the land area is customary land and that we need their guidance in identification of various village houses,” he said in an interview with this newspaper.

Ulu said the private sector will support the project as it cuts out unnecessary travel costs and enables people to plan ahead of their travel.

The people should be given time to get used to the changes once they become aware of the benefits, he added.

While the project places an emphasis on the social and economic development of the country, Ulu said he knows the task will be big for the Government.