An Alamagoto couple were moved to tears as their only child was awarded the top place at Maluafou College for year 2019.

Eighteen-year-old Melisha Toetu Sooaemalelagi said being valedictorian of the Maluafou College school was made possible only through prayer and the unwavering support of her parents.

The aspiring auditor was in tears as she was presented with her dux trophy by her father on stage on Friday.

The 2019 head girl was able to achieve the top spot by securing the top grades for a range of subjects including English, commerce, accounting, economics and religion.

She was able to achieve top position despite facing a range of distractions throughout the school year including the Pacific Games and the measles epidemic which halted national examinations half way through their course.

"It was tough, really tough," she said.

"It was double the load and harder from Year 9 to Year 12 but relying on God was what kept me going.

"We didn't attend [the] Pacific Games and [I] was not infected by the virus. I had to consider those as minor [obstacles to my study] and, with my parents help, I was able to work hard through all of that."

Melisha told the Samoa Observer that the challenges of being the school's Head Prefect presented a whole new dimension of challenges to her final year of schooling. 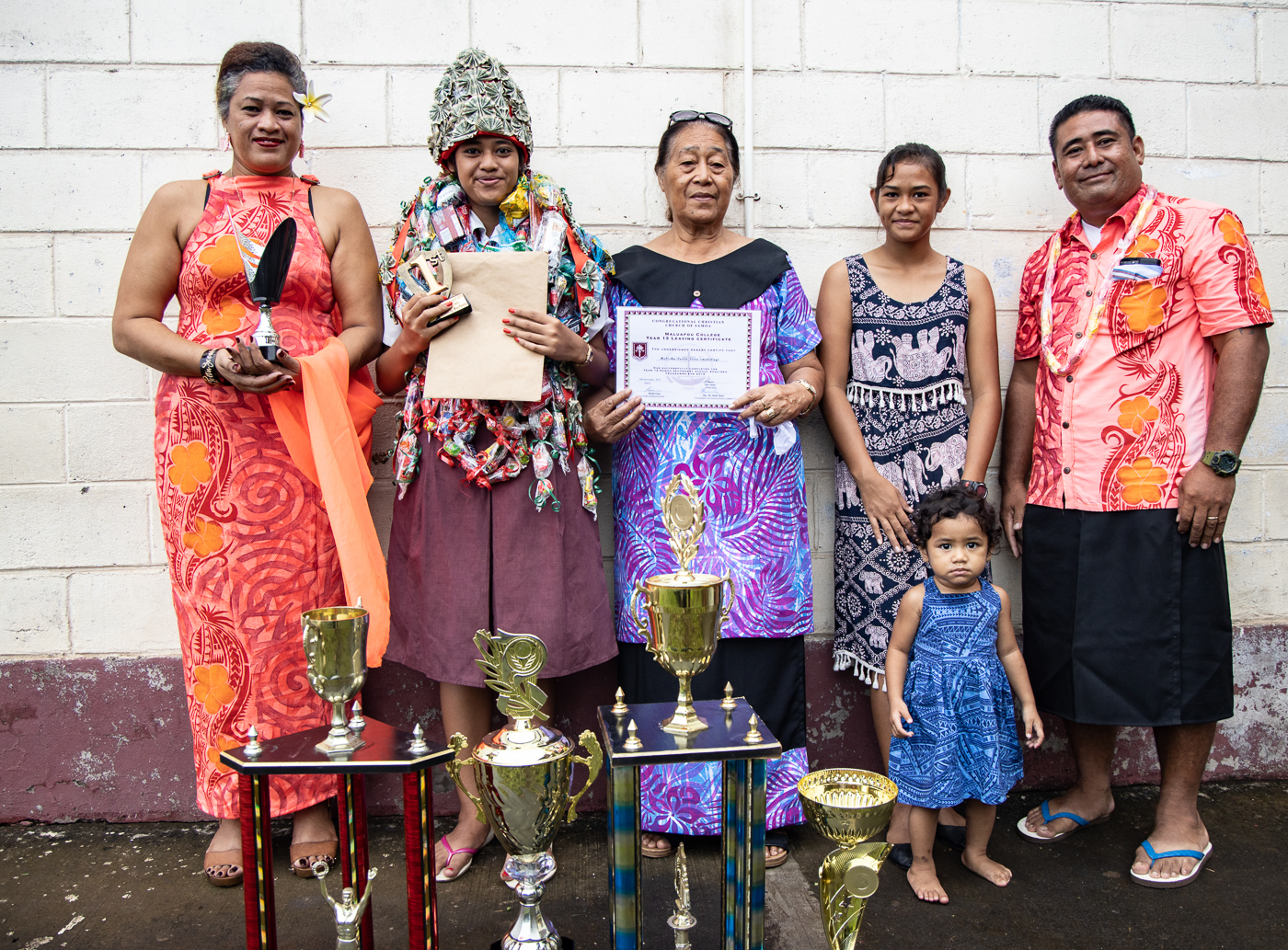 Her father, Toetu Sooaemalelagi, told the Samoa Observer that he his daughter's achievements over the years had filled him with pride.

"My heart is full of appreciation and joy as our only child has rewarded our prayers with an answer to be proud of," he said.

"We intend to continue to support her for the rest of her journey because as she closes this phase of her life, another opens up.

"So whatever she has in mind, we will be behind her no matter what, but we are filled with joy at this moment."

As the Maluafou valedictorian's name was announced on stage for each subject she had topped proud family and friends flocked around her in an embrace of congratulations.