Blockbusting Manu Sevens forward, Tofatumoana Solia, has revealed his pre-tournament ritual ahead of the Hamilton Sevens this weekend.

Speaking to Radio Samoa, Solia said he grew up watching Faosiliva and Treviranus terrorise their opponents with their no-nonsense hard running and uncompromising tackles. 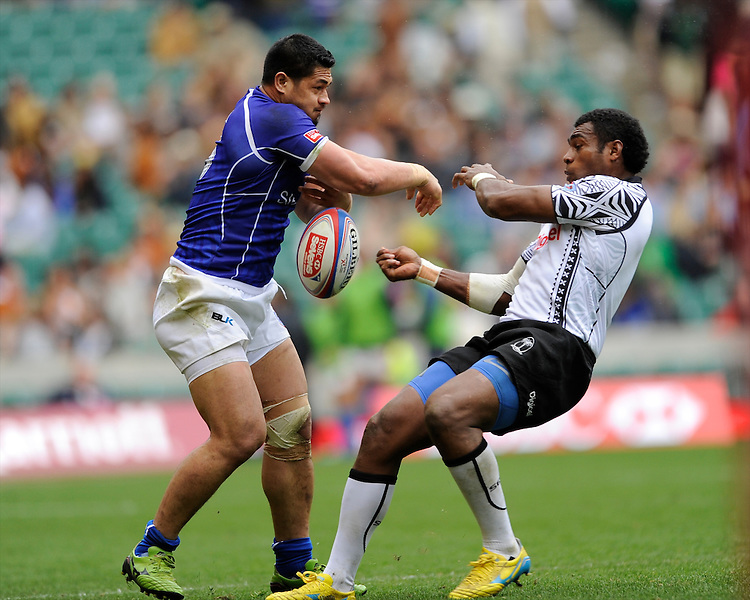 Many years later, Solia has taken on the mantra, increasingly becoming one of the most difficult players to bring down in the H.S.B.C. World Series.

“Every time I prepare for a tournament, I go and look up footages of Alafoti and Ofisa,” he said.

“I watch them and I try to learn and emulate their style so my performance could improve. And will continue to do that going forward.”

It’s a strength Coach Sir Gordon Tietjens embraces in developing a team he hopes will soon secure Samoa’s place at the next Olympic Games.

“He carries hard, he’s fit and he’s a handful for the opposition,” Tietjens said about Solia.

“We use him at different times, he’s like Alamanda Motuga who is a great ball carrier as well and they’re very, very fit.

“You’ve still gotta have that flair, that Samoan flair to get out and beat people.

“We’ve got some good players in this team and it’s all about possession in the Sevens game so if we can get enough possession and look to attack, we can go well.”

For Solia, performance on the field means solid training and making sure you do the basic things off it right.

Looking at the Hamilton and Sydney Sevens, Solia said he’s ready to make his family and Samoa proud.

“The team is well prepared,” he said. “We’ve been working hard during the festive season. Our goal is to get a good result at the beginning of the year.”

Solia said the communication on the field will be critical.

“Fitness will also be important because sevens is all about fitness.” 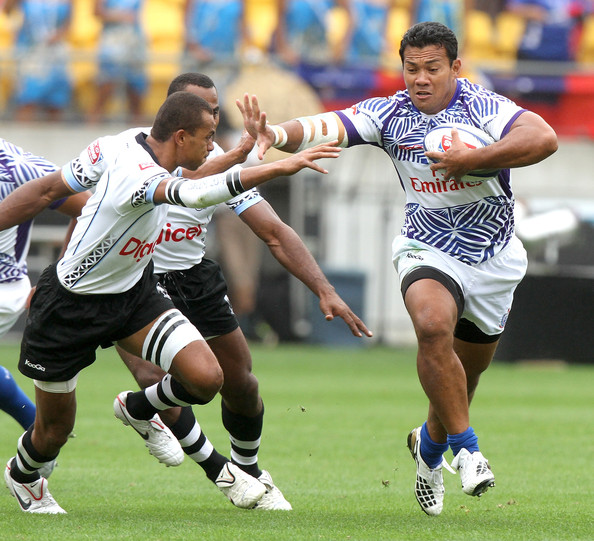 As for him, Solia said he will again be looking to summon the strength and courage of Faosiliva and Treviranus this weekend in a bid to improve Samoa’s seventh place ranking on the H.S.B.C. World Sevens Series.